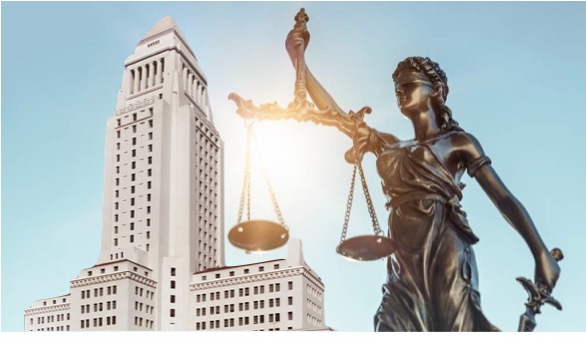 PLANNING WATCH - If you follow the news, you know about LA City Hall’s endless corruption stories.

Why does this story repeat so often and why does the supposed fix, citywide deregulation of zoning laws in lieu of pay-to-play bribes for individual projects, make LA’s multiple problems even worse?  There are at least three reasons.

First, according to Samuel Stein, author of the highly acclaimed Capital City: Gentrification and the Real Estate State, there is a global tsunami of investment capital or high rent, high-rise apartment buildings generating an annual return of 15-20 percent.

Second, despite highly permissive planning and zoning laws in Los Angeles and similar cities, the real estate investment climate is in perpetual flux because of sudden changes in interest rates, building and land costs, land use and environmental laws, and consumer preferences.  This is why most highly profitable projects require zone variances or zone changes to become legal and financially viable.  Even though all commercial zones in Los Angeles permit by-right apartment buildings, while rarely enforced density bonus ordinances routinely grant developers extra height, stories, and FAR/building mass, developers still want the zoning and planning laws for their projects waived.

Third, in most metropolitan areas, like LA’s, land and transportation costs have shifted real estate investment from suburbia to infill projects in older urban neighborhoods, like DTLA and Hollywood.  This is why so many new projects in Los Angeles are located on congested commercial corridors, where they usually displace existing residents, demolish their lower-priced apartment buildings, before building new high-priced apartments in their place.

To quickly move these projects through their permitting and construction, many developers rely on bribes to complicit city officials.  This traditional business model, however, has resulted in bad publicity, so urban real estate investors and their political supporters have resorted to a new strategy.  Instead of bite-sized zoning waivers for specific projects, they call for giant, citywide reductions in zoning laws.  In their view, these changes would allow their speculative projects to sail through City Hall, eliminating the need to bribe elected officials.

To do this, though, developers need to overcome two problems:

The first problem is convincing the media, public, academics, and City Hall decision-makers that these self-serving changes are really progressive actions that serve a greater good.   Real estate developers and their supporters have resorted to a series of deceptive, easily debunked claims to justify the up-zoning ordinances they champion.

Deception #1: High density in-fill residential projects encourage transit use and walking, and therefore reduce Greenhouse Gas emissions responsible for climate change.   Never mind that in neighborhoods with new upscale projects, like Hollywood, transit ridership is down and traffic congestion is still getting worse.  Why?  Unlike displaced residents, only the well-off can afford to rent the new apartments, and these tenants seldom use mass transit because they rely on their own cars for transportation.

Deception #2: High density in-fill projects reduce homelessness by eliminating the housing shortage developers claim is responsible for the housing crisis.  Never mind that the overcrowded and homeless cannot afford new infill apartments, and that the new buildings pull up the rents in surrounding neighborhoods.  This is why the housing crisis is most severe in neighborhoods, like Hollywood and DTLA, which have the newest housing.

Deception #4: LA’s zoning code and plans are outmoded and therefore a major cause of climate change, homelessness, overcrowding, traffic congestion, and high housing costs.  There is no doubt that LA’s General Plan elements are ancient, some dating back to the 1960s!  But this gross negligence is not the cause infrastructure decay, traffic congestion, and homelessness.  The latter, for example, results from terminated public housing programs, rising poverty and economic inequality, and the demolition of existing low-priced housing.  Updated plans will not address these maladies because they don’t build public housing, repair broken sidewalks and streets, and add first-last mile public improvements to mass transit stations.

The second problem the density hawks face is how to make LA’s zoning and planning even more developer-friendly.  So far, City Hall has granted real estate investors their wish list, the widescale deregulation of zoning laws.  This allows private developers to feather their own nest, which would then magically reverse climate change, homelessness, over-crowding, and traffic congestion.

This is some of what these geniuses have in store for Los Angeles, so be sure to brace yourself until their house of cards collapses.

Deregulation was a total flop in the Reagan and Clinton eras, and it will fail again at the municipal level.  The open question is whether it will collapse on its own or whether a fed-up public will speed-up its demise.

(Dick Platkin is a former Los Angeles city planner who reports on local planning issues for CityWatchLA.  He serves on the board of United Neighborhoods for Los Angeles (UN4LA).  Previous Planning Watch columns are available at the CityWatchLA archives.  Please send comments and corrections to [email protected] .)