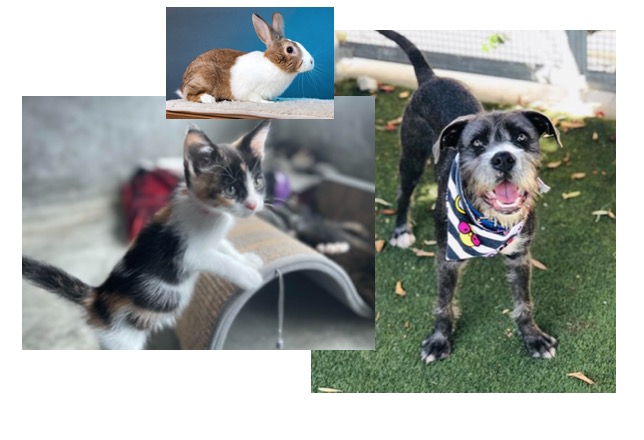 LA WATCHDOG - The Department of Animal Services and its shelter system is in “crisis” according to a recent editorial in the Los Angeles Times.

It is “understaffed, underfunded and overwhelmed by the demands of caring for more than 1,000 dogs and about 600 cats, in addition to other creatures.”

As a result of adverse publicity in the media and numerous complaints from department volunteers and animal activists, Councilmen Koretz and Lee introduced a motion on August 16th instructing “the Department of Animal Services, the City Administrative Officer, and the Chief Legislative Analyst to determine the budgetary needs for the department to fully staff seven animal shelters and all programmatic and departmental administrative needs and report back in 60 days.”

While Animal Services is being short changed, the most significant issue is the failure of the Mayor, the City Council, the politically appointed Board of Animal Services Commissioners, and the General Manager to manage and oversee this important department that is “directly responsible for the care of living beings.”  This has resulted in the lack of trust and confidence in the department by its over 300 employees, the over 1,000 volunteers who contribute thousands of hours tending to the needs of the “inmates” and their shelters, the millions of animal lovers, and the public.

The most important issue to be addressed is the management and oversight of the Animal Services and whether this customer facing organization will receive the respect and resources that it and its “inmates” deserve.  This report will also need to discuss the development of strategic and operational plan for the ongoing operations of the department.

As for the department’s finances, the current budget of $27 million needs to be increased by at least $25 million, a major portion of which will be for more staff that was adversely impacted by Separation Incentive Program and inadequate funding.  Today, the department has the resources and staff to “fully operate” only four of its seven shelters, one of which is operated by a nonprofit.

The spay and neuter program also needs to be properly funded because it is the most effective means of combating pet overpopulation and reducing euthanasia in its animal shelters.  At $5 million a year, it is considered a no brainer by experts, saving many times the investment.

The motion suggested a parcel tax or an increase in our sales tax to fund the department’s operations.  But rather than place a controversial tax increase on the ballot, the City should pass an ordinance to properly fund Animal Services or place on the ballot a measure to allocate a predetermined amount of money based on the City’s Assessed Value of its real estate, similar to Recreation and Parks and the Library.

The City believes that it is the premier animal shelter in the country.  But given its current state, no way!  Far from it!

On October 15, we look forward to the report of Animal Services, the CAO, and the CLA.