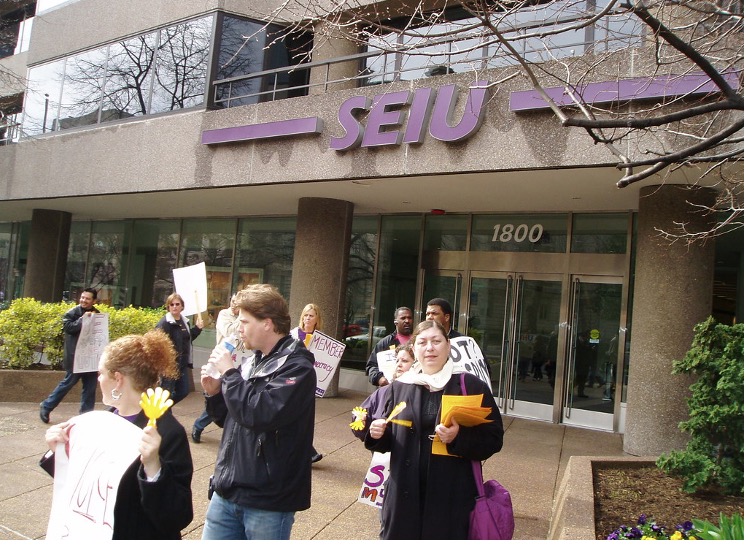 LA WATCHDOG - On June 10, the City Clerk certified that there were sufficient signatures for the SEIU-UHW sponsored Initiative Petition entitled Minimum Wage for Healthcare Employees Working at Healthcare Facilities* to qualify for the ballot.

She also recommended that the initiative be placed on the November 8thballot.

But the fix was in.  On June 21, the City Council, acting on a last minute motion by Councilmen Price and Harris-Dawson, voted to adopt this initiative ordinance without any amendments or alterations.  This was done without any meaningful discussion about the economic impact of this ordinance on the City, healthcare workers, private healthcare providers, and the economy.

The California Hospital Association and three local hospitals responded in kind.  On August 10, the Los Angeles City Clerk announced the Referendum Petition Against Healthcare Worker Minimum Wage was filed.  If this petition has the requisite number of signatures, the Healthcare Workers Minimum Wage Ordinance will be suspended until it approved by the voters of the City.  The election would be in 2024.

Without doubt, the SEIU-UHW will go crazy, arguing corporate greed by the wealthy CEOs and big hospital corporations is depriving hard working healthcare workers of a fair wage.  On the other hand, the hospitals will say that this ordinance impacts only 10% of the City’s healthcare workers; that any discussions of wages and benefits should be done through negotiations, not legislation; that there needs to be an analysis of the impact of the ordinance; and that the ordinance needs to be placed on the ballot.

The process at City Hall also stands in stark contrast to the process in Sacramento where two controversial initiatives, one involving medical malpractice awards and the other plastic recycling, were pulled from the ballot by the proponents because the opposing parties involved reached an agreement that was approved by the Legislature and the Governor.

But in Los Angeles, the Nury Martinez led City Council entered into a backroom deal with the SEIU-UHW that more than likely violated that Brown Act. This absolute lack of transparency is just another form of corruption, where our politicians are kissing the rings of the union leaders in return for campaign contributions and other favors.

This just another reason not to trust our corrupt City Council who want us to approve over $1 billion in new taxes in November.

*Here is the summary of the ordinance prepared by the City Attorney.

The ordinance proposed by the initiative petition would establish a $25 per hour minimum wage for an employee working at a covered healthcare facility in the City, including a clinician, nurse, aide, technician, maintenance worker, janitorial or housekeeping staff, groundskeeper, guard, food service worker, pharmacist, and administrative or clerical worker, but not including a manager or supervisor. A covered healthcare facility would include a hospital, clinic, hospital skilled nursing facility, and other facilities specified in the ordinance.