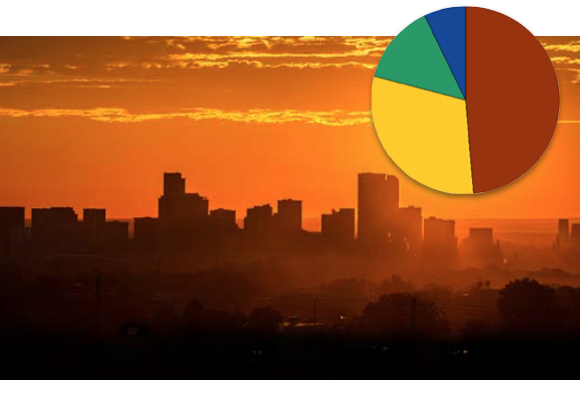 LA WATCHDOG - The Second Financial Status Report issued by the City Administrative Officer concluded that the City’s fiscal challenges for 2021-22 are “manageable.”

Revenues for the first four months of the fiscal year are $80 million above plan because of higher than planned departmental receipts, hotel tax revenues, and property taxes.

These exceed overspending of $62 million caused by higher salaries and overtime for both the fire and police departments as well as the need to finance the Zoo’s revenue shortfall. However, the City plans to reduce the overspending by $25 million through transfers from various City reserves.

The City’s Reserve Fund of $734 million is healthy, exceeding the policy target of 10% of General Fund revenues when excluding the one-time cash infusion from Washington.  This includes $118 million Budget Stabilization Fund

But there are storm clouds on the horizon.

The City may experience a hit of up to $50 million in planned real estate taxes because the growth in the assessed value of City properties may be only 4% as opposed to the assumed increase of 5.9%.

The City is projecting a year end budget gap of $37 million.

There are issues involving cost overruns with the Human Resources and Payroll project, the cost of Covid-19 testing, and the need for outside counsel regarding litigation involving the Police and Fire Departments, HUD False Claims Act, and the Federal Aviation Administration as well as other matters.

But these appear to minor to the projected budget gap for the upcoming fiscal year (2022-23) of $261 million.  But this does not include new programs, program expansions, service restorations, or costs associated with major construction projects including the Civic Center, the Convention Center, or the LA River.

The CAO said that it is aware of $125 million in proposals that are in the pipeline.  There are also increased demands for services for the homeless as well as calls to repair and maintain the City’s streets and parks, especially in underserved areas of the City.  This may be in addition to ongoing programs that were financed with $133 million of one-time revenues in the current fiscal year.

And then there is the wildcard: What will be the impact of Covid-19, the Delta variant, and Omicron on the City’s economy, revenue stream, and Reserve Fund?

The City Administrative Officer is recommending a “cautious approach” to the City’s spending policies and that our politicians “refrain from using the Reserve Fund to fund new programs, program expansions, and service restorations at this time.”

Will next year’s budget be “manageable?  Will the Nury Martinez led City Council heed the CAO’s prudent advice? Will the City live within its means?  Don’t hold your breath.