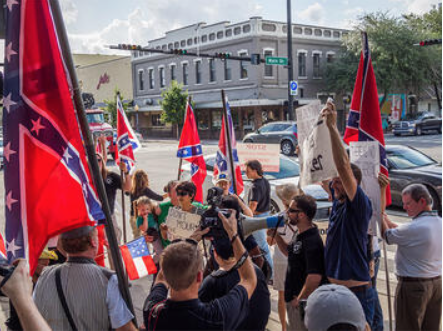 RACIAL CONSERVATISM - Out on the dusty prairie west of Houston, the construction crews have been busy.

Gone are the rice fields, cattle ranches and pine forests that once dominated this part of the South. In their place sit new homes and communities. But they are not an eyesore; the homes are affordable and close to attractive town centres, large parks and lakes. These are communities rooted in the individual, the family and a belief in self-governance.

The new American Dream has its heart in the states of the old Confederacy. But its allure does not merely lie in a conservative embrace of lower taxes, less regulation and greater self-reliance, although these surely matter. More important are the opportunities that come from building businesses and owning new homes, not for the privileged few but for an increasingly diverse, and growing, populace.

As Marianne Pina, who came to Dallas as a young adult before founding a five-million-dollar business specialising in minority recruitment and job placement, told me: “The American Dream stereotype still exists here. If you work hard, you can make it. It’s still up to you as an individual.”

But lurking in the background, the South’s rebirth remains threatened by its historical demons: racism, white nationalism and overzealous religious fervour. This is partly because, as the political scientist V.O. Key noted, the South remains the only region of America that has been conquered and subjugated. It is, he wrote in 1949, a prisoner of its racial legacy in its politics and social structure; only when that problem has been addressed can the region ascend to its potential. Indeed, the economic consequences of slavery persisted well into the 1960s.

Even today, despite its ascendance, the South still lags somewhat behind the nation both in income and education levels. It is still castigated by progressive academics (increasingly a redundant concept) for being wedded to “racial conservatism”. It was only in 2013 that liberal chief justice Steve Breyer compared the region’s racial climate to “a plant disease”.

Anyone who has spent time outside academia knows this is increasingly no longer the case. Ever since the 1960s, business leaders in the South have worked overtime to embrace racial diversity, if not for moral reasons, but economic ones. Perhaps that explains why people from outside the region are pouring in: the Southern states account for six of the top ten gainers in interstate migration, led by Texas and Florida. In contrast, the biggest losers are the progressive strongholds of New York, Illinois, and California.

Significantly, while the African-American population has declined in San Francisco, Los Angeles and Chicago, it is expanding in cities such as Dallas-Fort Worth (DFW), Atlanta, Houston, and Nashville. Immigrants, mostly from developing countries and Asia, are also moving in. According to research by demographer Wendell Cox, the fastest growth in a city’s foreign-born population over the past decade was in Nashville, where it exceeded 40%, while those in DFW, Houston and Austin increased by more than 25%. Once seen as a dominant immigrant melting pot, Los Angeles, by contrast, saw their foreign-born populations shrink.

“In the past, you would go to New York, but people have found life was very challenging there,” developer La Lou Davies, who moved to Houston from Nigeria, explains. “It’s hard to find a place to live. By the 1990s, people started going to places like Houston, which have lower entry costs for housing and better business environments. Getting that first apartment, or a lease for a business, is so much easier.”

Read the rest of this piece at UnHerd.