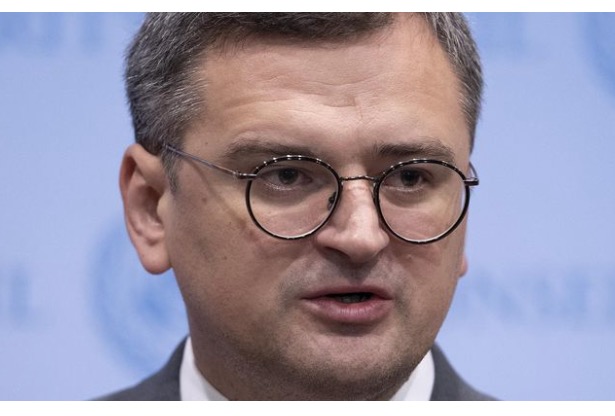 RUSSIA WAR IN UKRAINE - Ukrainian Foreign Minister Dmytro Kuleba said Monday that his government is aiming to hold a "peace summit" in February with the goal of ending Russia's assault, which is now in its 10th month.

"Every war ends in a diplomatic way," Kuleba said in an interview with the Associated Press. "Every war ends as a result of the actions taken on the battlefield and at the negotiating table."

Kuleba suggested the summit could be mediated by United Nations Secretary-General António Guterres, a vocal advocate of diplomatic talks to end an invasion that has killed thousands of civilians, devastated Ukraine's infrastructure, and sparked a massive humanitarian crisis.

"The United Nations could be the best venue for holding this summit, because this is not about making a favor to a certain country," the foreign minister said. "This is really about bringing everyone on board."

But Kuleba added that Ukraine would only extend an invite to Russia if it first faced war crimes prosecution in an international court—a precondition certain to draw objections from Moscow. The International Criminal Court is currently investigating alleged war crimes by Russian forces in Ukraine.

Kuleba's remarks came hours after Russian President Vladimir Putin said he is "ready to negotiate" an end to the war, though he has refused to discuss withdrawing forces from the territories he illegally annexed in September.

Peace talks to end the war in Ukraine have been backed by dozens of countries around the world.

During his visit to the United States last week, Ukrainian President Volodymyr Zelenskyy said a "just peace" would entail "no compromises as to the sovereignty, freedom, and territorial integrity of my country" and "payback for all the damages inflicted by Russian aggression."

Zelenskyy recently dropped his demand that Putin be removed from power before peace talks can resume.

The Biden White House approved another $2 billion in military assistance for Ukraine during Zelenskyy's visit, agreeing to send the war-torn country a Patriot missile system as well as so-called precision bomb kits.

(Jake Johnson is a staff writer for Common Dreams where this article was first featured.)