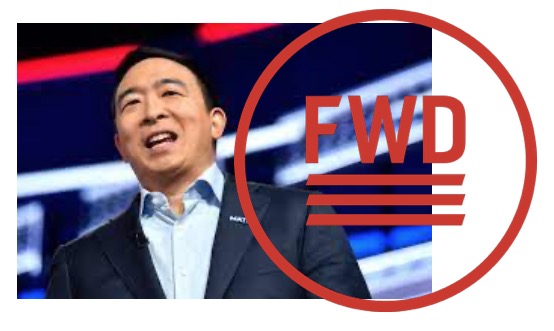 MY THOUGHTS - Just when all the naysayers have us convinced the USA is going to Hell in two very large wheelbarrows (after all we are two very polarized political sectors) something good happens.

The recent eight January 6 committee settings were in a word…gripping.  It is my humble opinion that no one with reasonable intelligence, would dismiss the evidence of the January 6th Committee out of hand and call it “fake” news.  After all, most of the witnesses were Republicans attached in some way to the former White House.

Other glimmers of optimism this week were Senator Joe Manchin saying he had reached agreement with Senate leader Chuck Schumer on a climate, healthcare and tax bill.  This is still a bit iffy since Manchin has been known to change his mind at the last minute.  Maybe his current bout with Covid 19 has mellowed him or it’s the Paxlovid medicine helping him to reach a more reasonable state.

An additional spot of hope came from the U.S. Attorney General, Merrick Garland, stating that “No one is above the law” in his interview with NBC oracle Lester Holt.   Learning that there is a Federal Grand Jury working on those inside the prior White House, was a much- needed answer to what the DOJ has been doing. Obviously, it wasn’t… “nothing”.

But before we go dancing in the streets, there are still so many evil happenings: The Pennsylvania Governor Republican Candidate, Doug Mastriano’s public relations spokesperson makes one think you are in 1934 Nazi Germany.  Wonder what he is going to do for an encore!  Florida is banning books and maybe next… burning witches(liberals) at the stake.

The Ukraine War has no end in sight; however, Yale School of Management and Yale Executive Leadership Institute recently released a 118 page study showing that Russia is being affected negatively by all the sanctions. They concluded; the economy is getting worse despite the rosy picture painted by Putin.. You can find a synopsis on Axios.

Forcing girl children to bear babies, which are the result of rape or incest; restrictive voting policies that will ultimately give the vote only to white Christian men; banning gay marriage and outlawing contraception seems to be on the right-wing wish list.

The mainstream media is sounding the alarm that November election results will turn us into Hungary, whose President, Victor Orban, is speaking at a Republican event in Texas next week. His all-star fellow speakers include the former U.S President and other such luminaries.  He stated that Europeans should mix only with Europeans (and white U.S. Republicans) otherwise white Europeans will be replaced by the hoard of “others” trying to infiltrate the European (white) population.  One of his top FEMALE cabinet members immediately resigned and said he sounded like Goebbels.  When asked why the Republicans invited such a person, the Event Chairman replied that people were free to disagree with him.  Of course, the Republican CPAC held an event in Hungary recently with Fox’s Tucker Carlson as Tour Guide.

I read a very interesting article on the internet today, which talked about the formation of a third party called “FORWARD”.  Historically speaking, third political parties have had no prior success.

You may remember in 2010 an organization was formed called NO LABELS (www.nolabels.org).  I hadn’t heard much about it lately so did some research.  Its premise was that Democrats, Republicans and Independents were tired of all the partisanship and believed that the only way to solve the U.S. problems was through working together.  I don’t know if they had visions of eventually forming a third party, but it has a very interesting website with different current commentary on a variety of subjects. Governor Larry Hogan (Maryland) and former Senator Joe Lieberman are co-chairs.  They have an extensive web site and cover all kinds of topics.

Now we hear about FORWARD…

According to Andrew Yang, who was a candidate in the 2020 Presidential election as well as candidate for Governor of New York, this amalgamation of three organizations is promising to be a force. Here is what he said:

“About 10 months ago, I left the Democratic Party.  I did so because I knew the country needed a new kind of party to help realign our politics and reverse the polarization that is tearing our country apart.

“We enlisted volunteers in all 50 states and began backing both aligned candidates and reforms like non-partisan open primaries and ranked choice voting that would give our country a real chance.

“During my travels, I’ve met other leaders and organizers who recognize both the perilous state democracy is in and the opportunity for a new kind of politics; some of them have been working on alternatives to the two major parties for years.

“After hundreds of hours of meetings and conversations, we realized that we could do more together than we could apart.  We decided to undertake something that NEVER happens in politics—we would join forces.

“Today, I have some incredibly exciting news: The Forward Party is merging with two phenomenal organizations—the Serve America Movement (SAM) and the Renew America “Movement (RAM)!  The new Forward Party will immediately be the biggest third party in the country by resources at the time you read this.

“That’s right—the new Forward Party is now the biggest third party in the country!  Our reach will expand very quickly.  We are already on the ballot in several states with a goal of 15 states by the end of this year, twice that number in ’23 and all 50 in ‘24.

“I now have amazing new colleagues who have been working their hearts out to put our country on a better path for years.  One of them is David Jolly, a former Member of Congress from Florida who has been leading SAM.  Another is Miles Taylor, formerly known as Anonymous, who has been leading RAM.  Former NJ Governor and Cabinet member Christie Todd Whitman (a Republican who endorsed Joe Biden in 2020), former Congressman Joe Sestak, Reverend Ira Acree of Chicago, and many others are part of the Leadership Circle, with many more on the way.

“What is the main objection you hear to third parties?  “They can’t compete.”  Well, we are demonstrating that we can generate the resources necessary to elevate and elect candidates around the country with the support of tens of thousands of Americans and millions of dollars of grassroots funding.

“Thanks to SAM, we have a lot of experience building and supporting state parties. And thanks to RAM, we now are poised to reach a whole new audience of Americans who want to take this country in a better direction. Together, we are not left, not right, but Forward.

“If the above weren’t exciting enough, we are announcing a national building tour starting this Fall—I’ll be on the bus—that will bring us to communities around the country culminating in our first national convention next summer!  With each stop, more and more Americans will join the Forward movement.  It’s going to be epic.

“It’s time to deliver the new approach to party politics millions of Americans have been waiting for—Forward!  Let’s go!!!”

If you remember Andrew Yang wanted to give a guaranteed salary to all those earning less than a living wage.  Several individual counties across the country have incorporated his idea.  It will be interesting to see the results.

Maybe… we have people around the country, willing to give something new a chance of success.  We must be known for something other than forcing girl children to bear babies formed by incest or rape…likely a combination of the two.   The majority of Americans are in either center right, center, or center left of political thinking.  I don’t know about you… but I’m fed up being ruled by the fringes.  Perhaps if enough of us collectively get fed-up the direction will change.

(Denyse Selesnick is a CityWatch columnist and a former publisher/journalist/international event organizer. Denyse can be reached at: Denyse@CityWatchLA.com)