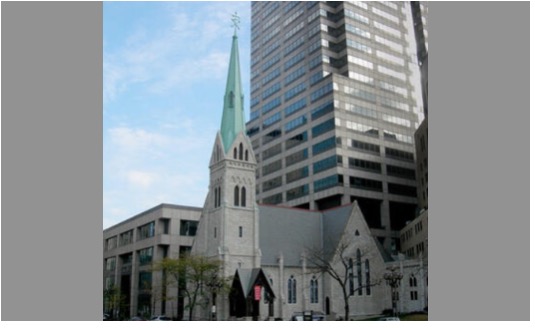 GUEST COMMENTARY - It’s popular today to talk about the “common good” or the “public good.”

But one of the implications of the shift to the negative world is that Christians need to start becoming much more concerned about their private good – the good of their own families, churches, and communities.

To summarize my article on the topic, America had always been something of a Christian, specifically Protestant nation, and was indeed dominated by a “WASP” establishment up until the 1960s. The status of Christianity then went into a long decline that we can divide into three phases or worlds: the positive (1964-1994), neutral (1994-2014), and negative (2014-today) worlds. The names refer to how society viewed Christianity, at first still positively, then as a social neutral, now negatively. Especially in elite domains of society, being known as a Christian reduces your status. Christianity and its moral framework are now viewed as a threat to the new public order and morality.

The question then is how Christians should live in the negative world. To date, most evangelicals have been doubling down on strategies developed during the positive and neutral worlds (culture war, seeker sensitivity, and cultural engagement). This is causing deformation of those strategies, and intra-evangelical realignment. (The Catholic church has its own internal dynamics). New approaches for the negative world are needed.

The paradigmatic culture war organization of the positive world was Moral Majority. The very name speaks to a time when it was at least plausible to claim that Christians represented a majority of the country. Today, that would be ludicrous. Christians are now, as it were, a “moral minority,” even if a sizable one.

Dominant majority groups seldom have to worry too much about how to institutionally sustain their community because the mainstream institutions of society are designed in a manner that is consistent with and even reinforces their values.

Consider the public schools, for example. In the past, these schools not only taught subjects that the majority found of value, but did so in the ways and with the kinds of authority structures they preferred. You may know that they once included prayer. They also inculcated Anglo-American values like fair play, sportsmanship, honesty, etc., ones sometimes not even shared with many Continental countries – certainly not in Southern Italy where my family came from. (See my retrospective on E. Digby Baltzell). Or think about the historic Protestant Christian orientation of the Boy Scouts, for example.

America’s earliest and most prestigious colleges were also explicitly Protestant in nature, established to train ministers. Even by the mid-20th century, they still embodied many of those values as they then existed among the liberal Protestant WASP establishment (something the Catholic William F. Buckley failed to recognize when he wrote God and Man at Yale).

Up through the 1950s, the major institutions of American society – government, the military, universities, business – were interlinked culturally and institutionally with elite American Protestantism. Hence there was no conflict between being a Christian, of a Protestant variety at any rate, and being a business executive, government official, non-profit leader, etc. Those institutions were not only positive towards Christianity, but embedded the values and preferences of the American Protestant majority. To be sure, some of these were cultural not merely religious, but clearly religious values were included. (And the idea that there can be a non-culturally embedded religious belief system is ridiculous).

The experience of minority groups is generally very different. They have to self-consciously focus on sustaining their culture and community life, including by creating their own bespoke institutions to serve their community, as well as creating specific practices that demarcate and sustain community life. They also have to specifically steward their own community well-being, and mobilize to advocate on its behalf.

We see this most clearly in the case of black Americans, who were completely excluded from many mainstream institutions and hence were forced, of necessity, to create their own. To be sure, many of these were copies of white organizations, such as the black oriented Prince Hall Masonic lodges, but many of them embodied their own black cultural preferences and practices. We see this in historically black churches, which have their own robust traditions, worship practices, etc. Hence “Black Protestant” is typically one of the major religious divisions in social science surveys. Blacks also had to mobilize politically to advocate for their interests and their inclusion into the mainstream of society.

We see similar things in many other ethnic or religious minorities, and even alternative lifestyle groups. Hispanics have their own chambers of commerce, for example, even when Hispanic owned businesses join the regular chamber. They focus on business ownership, and thus a degree of economic autonomy and wealth creation for their people. In Chicago, Hispanics have fighting for a greater share of aldermanic and other political seats during redistricting to reflect their greater population share (leading to conflict with blacks, who don’t want to lose seats). They have their own ethnic festivals and promote their ethnic symbols. In Chicago’s Humboldt Park, for example, large Puerto Rican flag arches serve as prominent gateway symbols on Division St.

Read the rest of this piece on Aaron Renn Substack.

(Aaron M. Renn is an opinion-leading urban analyst, consultant, speaker and writer on a mission to help America's cities and people thrive and find real success in the 21st century. He focuses on urban, economic development and infrastructure policy in the greater American Midwest. He also regularly contributes to and is cited by national and global media outlets, and his work has appeared in many publications, including the The Guardian, The New York Timesand The Washington Post. This article was featured in NewGeography.)