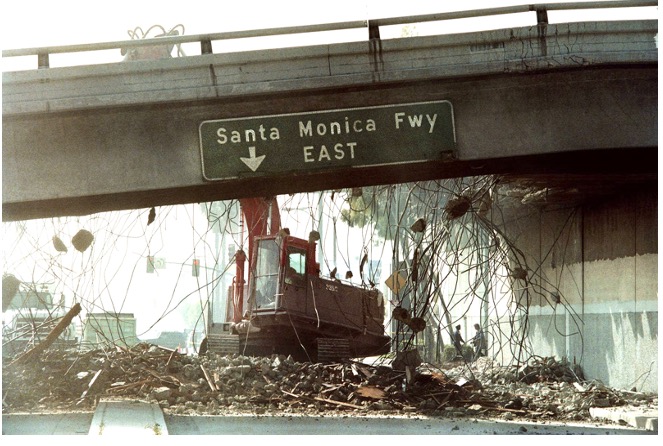 PLANNING WATCH - No one knows exactly how hard life will become in the Los Angeles region, but these trends give us an idea.

But wait, more gloom and doom is in the wings.  There is no shortage of human-made disasters likely to happen Los Angeles and other US cities: 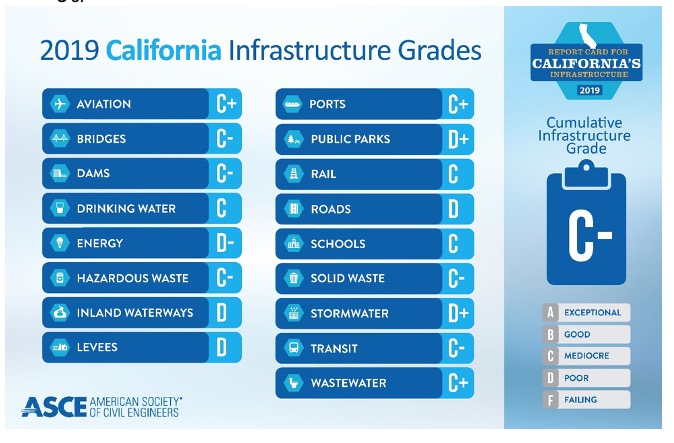 Other bad news.  Planning and monitoring of local infrastructure barely exists in Los Angeles.  LA’s General Plan element for Infrastructure is 50 years old and only addresses refuse collection.  The General Plan element for Public Facilities is 53 years old and limits itself to historical monuments.  City Hall’s Bureau of Engineering’s program for sidewalk repair will take 30 years to complete but depends on future funding.

Chalmers Johnson:  To make sense of these trends, I have turned to the work of Prof. Chalmers Johnson, a UC Berkeley and UC San Diego historian.  His trilogy on the growing militarism and corresponding decline of the American empire is based on blowback, the unintended domestic consequences of foreign wars.  Since Prof. Johnson’s death in 2010, his trilogy could be updated with the latest data on climate disruption, the Pentagon’s staggering $858 billion budget, a total US security budget of $1.4 trillion, and post-2010 foreign military expenditures and wars in Pakistan, Somalia, Libya, Uganda and Kenya, Iraq, Syria, Yemen, and the Ukraine.  The latter is the most expensive of all.  The U.S. Congress has already doled out $105 billion, nearly twice Russia’s annual military budget of $66 billion.

Johnson’s thesis was that when large empires decline, they devote increasing resources to foreign wars, both direct and by-proxy.  He thinks US decline dates back to the 1970s, when the US lost the Vietnam War.  After that, US decline accelerated with its failed invasions of Afghanistan and Iraq.  This is from Johnson’s Nemesis, the third book in his trilogy.

“To maintain our empire abroad requires resources and commitments that will inevitably undercut our domestic democracy and, in the end, produce a military dictatorship or its civilian equivalent. . . . The combination of huge standing armies, almost continuous wars, military Keynesianism, and ruinous military expenses have destroyed our republican structure in favor of an imperial presidency. We are on the cusp of losing our democracy for the sake of keeping our empire. Once a nation is started down that path, the dynamics that apply to all empires come into play – isolation, overstretch, the uniting of forces opposed to imperialism, and bankruptcy.“

Johnson wrote that blowback results from imperial overreach and takes several forms: bankruptcy, failing infrastructure and public services, and authoritarianism.  This is why Johnson expected the United States to implode by the mid-21st Century.  If he is correct, we would eventually get used to homelessness and disease, decrepit streets and sidewalks, and piles of garbage.  As these conditions worsened, most of us would accept them as normal, similar to the way mass surveillance and mass incarceration have faded into the background, until daily life became impossible and people pushed back.

Human agency:  Of course, historical predictions like these are informed guesses.  So many variables are in play that they are rarely accurate.  One of the most difficult-to-predict factors is human agency: the organized and individual responses of people to threatening events.  In fact, there is nothing new about this.  For example, in the previous century, few analysts anticipated World Wars I and II, much less the human agency they unleashed in the form of the Russian and Chinese revolutions.

At best we can see the broad trends and hope we understand the board arc of history well enough to intelligently respond to them, instead of passively allowing events to envelope us, our families, and our communities.

(Dick Platkin is a former Los Angeles city planner who reports on local planning issues for CityWatchLA.  He serves on the board of United Neighborhoods for Los Angeles (UN4LA).  Previous Planning Watch columns are available at the CityWatchLA archives.  Please send questions and corrections to [email protected].)  Photo above:  Damage to Santa Monica Freeway caused by the 1994 Northridge earthquake.