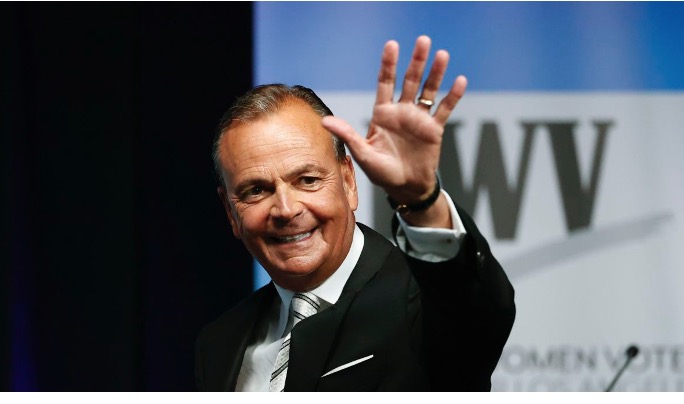 THE VIEW FROM HERE - They say everyone has a special talent and TrickyRicky’s specialty seems to be being a calumniator par excellence. (Since Caruso has elevated falsehoods to an artful form, it is only proper that we select fancy names for his malady.)

Los Angeles’ big lie, of which Caruso is not the originator but a heavy promoter, is that we have a housing shortage. Ha!  When a city has a huge surplus of vacant units and its population is decreasing, it cannot have a housing shortage.  The following data is for Los Angeles County, as it is from the latest (March 2021) American Community Survey, which does not publish city by city data. However, when the county has an excess of housing, LA city has an excess.  The latest estimates are that there were about 251,000 vacant housing units in Los Angeles County. About 118,000 units, or 47 percent, were “market vacancies” and about 102,000 “other” vacancies.  As the LA media is wont to do, the article calls them “imaginary vacancies” because, LA Daily News says, no one knows how many are being intentionally withheld from the sales or rental market.   March 25, 2021, LA Daily News, the Myth of Excess Vacant Housing Distracts from Solutions, by Stan Oklobdzija.   This is the type of absurd nonsense which Angelenos accept each day.  An apartment is allegedly not vacant unless the owner is intentionally refusing to rent it!  In other words, an apartment for which the owner can find no tenant is not vacant?!?  Comprehende? Neither do I.

When people move away from Los Angeles, it is highly likely that they vacate an apartment or house unless they were living with their parents or were homeless.

“[T]he population of Los Angeles is in decline, falling by 204,000 [people] between July 2020 and July 2021. LA was once a magnet for investors. But recently many of the area’s corporate linchpins – including aerospace giant Northrop Grumman, Occidental Petroleum and Hilton Hotels – have left, taking with them high-paying jobs and philanthropic resources.”   Sept 13, 2022, CityWatch, The Fall of Los Angeles, by Joel Kotkin

Since these hundreds of thousands of homes will be Affordable Housing, who will pay for their construction? The poor people? If they could afford rent, then they would not be homeless. Here’s the scam: The city borrows billions of dollars from Wall Street by issuing bonds to pay developers to construct units which the poor cannot afford.  The developers then go BK, keep all the money and the taxpayers repay Wall Street 2 times whatever the City borrowed. (Interest on loans and bonds tends to double the amount which must be repaid.) This criminal activity is known as “felony control fraud,” where whoever controls the city gives the money to his buddies, leaving the taxpayers to repay the loans/bonds.

Let’s Stop and Think Before Voting

This “simple plan,” as Caruso describes it, is not a careless gaff during a TV interview or an exaggeration during a hated debate.  This promise was made in conjunction with his media consultants.  He is down in the race and has just spend $17 Million on TV time. Does anyone think that in dropping $17 Million for ad time.  September 16, 2022 LA Times, Huge Caruso Ad Buy: $17 Million in Broadcast Tv Time for Remaining Weeks of Mayoral Race, by Julia Wick, TrickyDicky did carefully vet each word in each commercial?

However, we know that like his fellow developer Donald Trump, Caruso has no use for veracity.  Trump and Caruso share the same motto – if the masses will be impressed, then say it. “My inauguration had the largest crowds, larger than Obama’s.” “I will build hundreds of thousands of affordable homes.”  Tweedle Dee, Tweedle Dum.

Caruso has no intention of stopping LA’s developer corruption and our resultant decades of decline. As Joel Kotkin noted:

“Worse still, conditions in LA today are bordering on the medieval. Anyone visiting some of the most famous districts of urban Los Angeles – notably downtown, Hollywood and Venice Beach – sees clear signs of destitution, including sprawling homeless encampments, vast numbers of people living in vehicles and rampant crime. Last year, a UN official compared conditions on LA’s Skid Row, a poor downtown neighbourhood, to those of Syrian refugee camps.”

LA’s Decline Did Not Sneak up on Us over Night

Where was TrickyRicky over the last decades with his promise of hundreds of thousands of affordable homes?  During this time, LA developers have been destroying poor people’s homes in order to construct high end apartments.  It was not lack of construction that caused homelessness; it was the mass destruction of poor people’s homes to build fancy units with soaring vacancy rates.

Caruso is not pitching only to developers but also to the trade Unions with the prospects of unlimited construction jobs.  Los Angeles is addicted to construction dollars, and if they have to loot the federal treasury to build unwanted high rises on every square inch of DTLA, that’s what they’ll do.  When the taxpayers cannot repay the loans-bonds, the crooks-in-charge will seek massive federal bailouts. By that time, Los Angeles will have entered its Elysium phase.  Matt Damon gave us a sneak preview.

What Has Two Decades of the Developer Manhattanization Mania Done to Los Angeles?

As Joel Kotkin wrote: “Critically, the city is also losing its appeal to families and the young. Over the past 20 years, Los Angeles County has lost nearly 700,000 people under 25 – the biggest per capita decline in youth among all large US counties. In contrast, its elderly population has surged by 500,000. The Los Angeles Unified School District, which is mostly inside the city boundaries, has lost over 40 per cent of its student body in just 20 years. Even immigrants, who have restored much of the city’s vitality in the past few decades, are no longer coming. Between the 2010 and 2020 censuses, the number of foreign-born residents in Los Angeles County fell.”  And, Caruso promises to super-size the construction insanity.

If there were a market for additional densification which Caruso proposes, 204,000 ppl would not have left Los Angeles in just the last year.  People are fleeing corporate predators who are nothing but greedy, highfalutin snake oil salesmen.