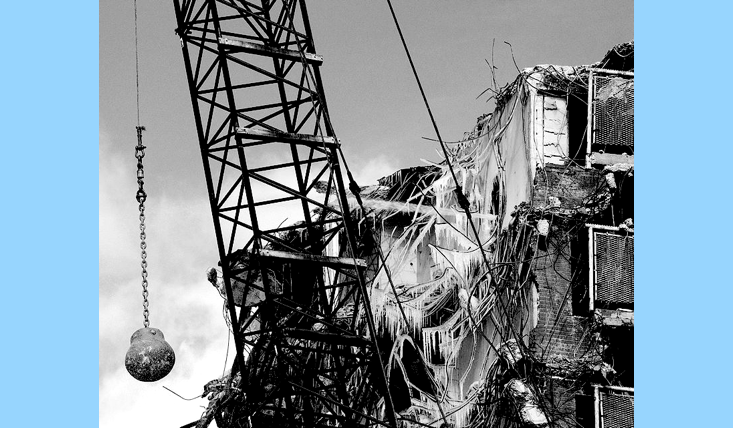 Predatory vultures encouraged by moral cowards.  People fail to see the similarity in the mentality of predators everywhere, as people place their own comfort above the welfare of others.  Putin’s incipient genocide in Ukraine is dramatic, but it has been a long time in the making while political cowards looked the other way.  Neville Chamberlain was not unique in his declaration of “Peace in our time.”  Chamberlain’s insane response to Hitler’s aggression is the common response people have to vicious vultures out to destroy other people’s lives.

Once in a while, people are proactive.  The Boston Tea Party was one occasion.  If the Biden mentality had held sway in the Colonies, (and there were many who felt that way), people would have blinded themselves of the need to take action, but instead would have waited until King George had tripled the number of Red Coats quartered in our homes and locked up John Hancock, etc.  Another example, where salvation was had, was when Israel attacked the Arab forces on June 5, 1967  at the outset of the Six Day War.  Had the Israelis dithered the way Biden has on Ukraine, there would be no Israel.

The timid step-by step approach never deters a predator.  Announcing in advance that no US troops will be engaged shows a gigantic failure to comprehend the mentality of a predatory vulture like Putin.  Such vicious men only respect brut power. Unilaterally setting a limit on what the US and NATO will do begged Putin to attack Ukraine.  Sanctions have done nothing whatsoever to deter Putin. The only thing which has slowed down Putin is military defeat on the battlefield by the Ukrainian forces and Biden dithers about how much additional aid to give Ukraine!  Worse yet, Biden explains his reluctance – he is afraid of Putin!  There will not be a No Fly Zone because we are afraid to shoot down a Russian plan.  Then, we propagate the falsehood that a No Fly Zone was not necessary.  All Ukraine needs are anti-tank Javelins, which a maximum range of 2.5 miles.  In terms of a geographical example which we understand better, when the neo-Soviet thugs are at the intersection Fairfax and Santa Monica and shelling Beverly Hills city hall, then the Beverlites can defend themselves with anti-tank Javelins.

At Home, America Is Equally Impotent When Facing Vicious Vultures Preying upon the American People

The mentality of a Putin who would bomb apartments houses, causing thousands to become homeless is not qualitatively different from American developer-oligarchs who destroy thousands of poor people’s homes, creating a Homeless Crisis.  Thousands of poor Americans have died on Los Angeles streets due to developer-caused homelessness.  Not every homeless person who dies has died due to homeless. By parsing the mortality rates of the housed and unhoused, however, it appears that about 30% of the homeless deaths are from their condition of being homeless; we’ve exceeded 2,000 dead.  The average Angeleno may be hearing this death rate only recently.  The city leaders including judges, however, have known for many years that the great escalation of homelessness caused by Garcetti’s densification mania has been killing thousands of people.  Likewise, the city politicos and judges ignore the suffering which Manhattanization has caused the poor.  Just try to get a comfy judge to admit that densification has resulted in tens of thousands of empty newly constructed units where the homeless could live.  Facts play no role at the Los Angeles Superior Court. There is no fact so huge that a judge cannot pretend it does not exist.  Americans cluck their disapproval when Putin’s faux court jails his political rivals like Alexei Navalny, but they don’t give a hoot when LA Courts give green lights to the mass destruction of poor people’s homes.

While Los Angeles propaganda machine lead by Pravda West (LA Times) makes certain Angelenos are as clueless about the city’s war on the poor as most Russians are about Ukraine, some Angelenos are beginning to catch on.  We are mostly clueless, however, what the corrupt LA oligarchs have in store.

Not only the city, but now the State of California with the support of the Biden administration with its Build Back Better Plan, has a variety of attacks in the works.

“Los Angeles must rezone to accommodate an additional quarter-million new homes by mid-October after state housing regulators rejected the city’s long-term plan for growth.” Pravda West (LA Times)  Feb 24, 2022  This demand is based on the Putin-Trump type falsehood that Los Angeles has a housing shortage, but in reality LA has a huge housing surplus.  Los Angeles faces continued population loss, as H.E.L.P. stated in its objection to Garcetti’s Manhattanization of Hollywood. In January 2014, Judge Allan Goodman agreed that Garcetti’s data was intentionally fatally flawed.  As H.E.L.P. had proved, Hollywood needed to study downzoning and downsizing as the population was significantly decreasing from 213,858 ppl in 1990 to only 198,228 ppl in 2010 and would continue it decline, which it has to about 195,000 ppl.  After Garcetti became Mayor, the city had a similar population decline.  Judge Goodman was soon removed and the attorney, (Your Truly), was disbarred for presenting the truthful data that densification was causing an exodus.  Disbarment is the Chief Justice’s Putin-esque way to squelch dissent.  (See http://cnn.it/1E0z45k The lesson is not get between the judges and their “extra pay days.”)  Censorship may slow down how rapidly the public discovers that the politicos and the judges are financial vultures, but it does not stop the harm which corruption causes.

For Oligarchs, Truth Is an Evil to Be Silenced

The absurd claim that Los Angeles has a housing shortage is on par with Trump’s claim he won the November 2020 election and Putin’s claim he is deNazifiying Ukraine with its Jewish President.  Los Angeles is losing population and the exodus will continue.  Los Angeles has already has a level 3 Housing Bubble; the state demands make it a level 5 Bubble (the worst).   March 11, 2022, The Orange County Register, Bubble Watch: California Doubles Housing Demands to 2.5 Million by 2030

Family Millennials are the population segment which have children. The school district acknowledges the drastic downsizing to less than 400,000 pupils within 2 years.  Since the district gets funded on a per pupil daily attendance, fewer children means bankruptcy. https://lat.ms/3CGsbvG  The developer-oligarchs do not care that they are literally destroying the city as a viable for families by turning LA into a crime ridden nightmare where the Have-Nots realize that they should target the Haves rather than other Have-Nots.

Whether the oligarchs’ incendiary bombs in Ukraine or their wreaking balls in Los Angeles destroy people’s homes, they share the same callous indifference to everyone else’s suffering.