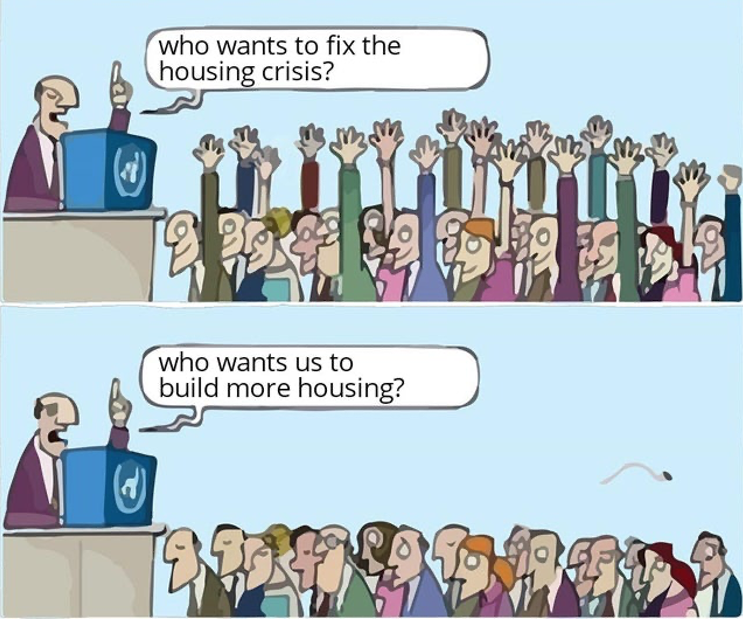 THE VIEW FROM HERE - All human activity generates waste products.  Leaded gasoline is an example. It was known in 1922, when tetraethyl lead was added to gasoline to help engines run better, that it was poisonous to humans.

Its use was not stopped worldwide until July 2021.  The US removed lead not to protect humans, but because lead interfered with catalytic converters.  Thus, leaded gasoline had ceased to be cost effective for business.  The illnesses and deaths, however, had cost the car companies zero dollars.   This pattern is well established:  businesses do nothing to ameliorate the grievous harm that they cause the public until it costs them money.

Los Angeles homeless crisis makes sense when one looks at it from the perspective of a business man such as Rick Caruso.  A basic economic principle is to Buy Low and Sell High.  For that reason developers buy the cheapest property in order to construct the buildings with the highest rents.  Just as auto manufacturers ignored the harm of the leaded gasoline, Los Angeles developers were intentionally blind to the plight of the persons that their projects had evicted.  “Not my problem, man!”

The Ellis Act (California Government Code, § 7060-7060.7) requires the tenants be paid relocation assistance.  It is seldom paid since tenants in RSO units are generally poor, not educated and often undocumented and therefore too fearful to complain.  Also, pro landlord judges make contesting an illegal eviction a losing proposition.  Had the courts enforced the law, the homeless crisis would not have gotten out of hand.  But, that is water over the damn, and developers adopted an “evict and forget policy.”

Rapid Densification of Hollywood and DTLA Overwhelmed The System

The LA economy could have handled the normal turn-over in RSO units.   An RSO tenant gets a better job and upgrades to a market rate unit, or an elderly person goes to a nursing home or dies.  In those cases, there is no human waste product, i.e. homelessness.  While Los Angeles like other cities had Skid Rows, the people living there were individual tragedies and there were various private agencies to provide some relief.  When the densification mania hit, tens of thousands of poor people were thrown onto the streets, swamping existing facilities like the Midnight Mission.

Densification’s Harm Was Clear as Far Back as 1915

Although the 1915 Study of Street Traffic Conditions in the City of Los Angeles proved that densification in The Basin would be terrible for Los Angeles, developer power and greed won out.  The higher an office tower, the more rent it will generate.  Thus, post WW II developers wanted to construct high offices towers in the cores like Bunker Hill and relegate the employees to bedroom communities in the valleys.  Just as the developers did not care what happened to the human waste once it has been evicted from the rent controlled units, developers and the businessmen whose egos coveted large corner offices in the highest DTLA structure did not care how long a commute the secretaries or even mid-level management had to suffer. “Not my problem, Man!”

In 1993 during the waning days of the Tom Bradley Administration, the city produced the City of Los Angeles Telecommuting Project Final Report which incoming Mayor Riordan quickly ditched.  Its findings explain why Riordan hated the report: “We estimate that the demand for office and parking space could be reduced by as much as 30% for City telecommuters.”  Extrapolate that finding to office workers in general, and one realizes that DTLA already was 30% over capacity and no more densification should be permitted.

We need to remember these remote work findings were based on pre-1993 technology.  Between1990s - 1995, AOL, Prodigy, and CompuServe appeared.  Hotmail began in 1996/97.  We were just entering the dial-up age.  Stop and think of the developers’ horror when they realized the disaster which future telecommunication advances portended for their high density projects.

The revolution in telecommunications doomed the old model of Dense Cores-Bedroom Communities, but the developers had been planning since 1948 for super densification and had bought up millions of dollars of real estate in the Basin. A massive propaganda machine spearheaded by the LA Times convinced the public that the younger generation did not want detached homes but rather wanted to live in crammed apartments in dense cores.  After Wall Street’s massive real estate frauds caused the world wide crash of 2008, recent college grads, loaded up with high educational debt which had not been imposed on prior generations, could not afford to buy homes, but instead were moving back with Mom or Dad.  Others were still living a Dorm Style life tripling up with other Millennials to afford overpriced apartments.

When Millennials, however, reached the age to start a family, they had been priced out of the Los Angeles single family home market.  The high rise developers thought Family Millennials would joyfully become forever renters.  So, the developers intensified the destruction of RSO units, greatly increasing the number of homeless under the deluded belief the Millennials would give up the American dream.  They did not. Family Millennials moved away from LA, but the developers were financially committed to more densification and that meant throwing more poor people onto the streets.  The fact that the homeless were now living in encampments at the beach, under freeway under passes in Hollywood, and starting fires in Bel Air did not matter to the developers. “Not my job man!”

Now, people are demanding that someone get rid of the homeless, i.e. the human waste product of developer densification.

Caruso proposes that taxpayers pay to lock up the homeless in jails and treatment centers. (The Issue Is Ch 11, 2-20-22)  It costs $75,560 per year in county jail and a treatment facility averages $20,500 per month.  Meanwhile, taxpayers will give developers billions of dollars to construct affordable housing.  No one is supposed to notice that taxpayers pay for Rick Caruso’s solutions.

When Caruso allows developers to construct whatever they want By Right in single family neighborhoods, the housing prices will further escalate. That’s because Developer pay higher prices than a family can afford to pay. That will accelerate the flight of the Millennials. The Feds will bailout the developers who will then move on to destroy another American city.