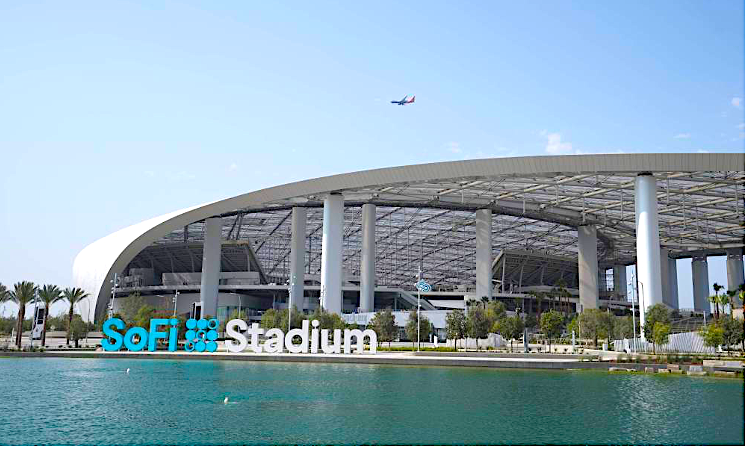 RantZ and RaveZ - Congratulations to the Los Angeles Rams….

Super Bowl LVI featured the L.A. Rams and Cincinnati Bengals in an exciting football game that ended with the Rams beating the Bengals 23 to 20.  The excitement lasted until the last minutes of the game.  Congratulations to  Rams owner Stan Kroenke for his $5 Billion investment in the SoFi Stadium and coach Sean McVay and the amazing team he put together.  Special recognition goes to players Matthew Stafford and Cooper Kupp for their leadership and exceptional performance.

The only sad note is that a number of thugs infiltrated with exuberant fans and caused extensive damage to an MTA bus and various commercial property in the downtown area.  The LAPD responded with multiple tactical teams and dispersed the revilers with minimal use of force and the arrest of one individual.

Who can you trust with your vote when it comes to L.A. elected officials?  Mayor, City Attorney, and members of the City Council.

An election for Los Angeles Mayor and other Local, State and Federal political offices is coming up in a few months.  As the months pass, we will hear how the candidates will promise to eliminate the homeless population, cut crime, not increase your property, auto, sales or an assortment of other taxes.  They will all pledge to ultimately turn Los Angeles into a safe city with clean streets and roses bushes and other colorful flowers planted along the roadway.  There will be a professional police department along with clean streets, smooth sidewalks, and NO additional taxes to burden your already limited budget and empty wallets.  Now it is time to laugh and say, “I have heard that many times over the years.”  Promises made and seldom if ever kept if you examine the history of most politicians in Los Angeles City and County Government.  For that matter I will include the 80 representatives in the California Assembly and 40 representatives in the State Senate.  It is all the same old story.  Believe me and it will all be fine.  Vote for me and I will turn Los Angeles into paradise for everyone.  Now it is time to wake up and examine the current and future politicians of Los Angeles and all of California.

I will begin with L.A. City Hall.  Mayor Garcetti is on his way out of Los Angeles.  He will either be appointed Ambassador to India, face Perjury as alleged by his former TOP spokeswoman or find a new position in the private sector to provide necessities for his family.

Next, we can move to Mike Feuer the Los Angeles City Attorney.  Feuer is running for Los Angeles Mayor.  Feuer’s office has been searched by the FBI involving a major investigation concerning the DWP.  Executives at the DWP have already pled guilty to criminal charges involving millions of dollars.  The City Attorney has representatives assigned to most city offices that deal with city contracts and other legal matters.  The City Attorney is ultimately responsible for the legal contracts and other actions carried out by the various city departments.

The next three City Hall elected officials are in a heap of trouble.  Councilmembers Jose Huizar is facing multiple federal charges for massive corruption involving developers.  The FBI investigation involves large sums of cash, trips to Vegas on private jets and a host of other illegal activity.  Some of the activity is documented on video and audio tapes.  This criminal case is continuing while Huizar remains out on bail.

Councilmember Mark Ridley Thomas was charged with Federal Corruption while serving on the L.A. County Board of Supervisors. The charges were brought forward after Thomas was elected to the Los Angeles City Council.  Thomas has been relieved of his duties without pay and is awaiting trial in Federal Court.

As you can see, the Los Angeles City Council which has 15 Elected members is rocked by Federal investigations involving officials facing various corruption charges.  There are additional L.A. City Employees who have been charged with corruption and either facing trial or pled guilty to the charges.

Considering the recent history of corruption at L. A.  City Hall, I would be very cautious in casting my vote for any candidate running for an elected office.  As we get closer to the June primary election, I will be making my RantZ and RaveZ recommendations for your vote.  Stay tuned for more information to clear up any confusion you may have concerning the upcoming elections.

As the Homeless population continues in Los Angeles, I found an article on the subject that reflects how many L.A. voters feel.  “L.A. voters are angry, think elected officials aren’t equipped to solve the homelessness.”  If you agree with this statement, consider yourself one of the many L.A. residents that have lost faith in the L.A. Mayor and many members of the Council.”

RantZ and RaveZ is prepared by L.A. native Dennis P.  Zine.  The column is published twice a month to bring you a unique view of the ups and downs in and around Los Angeles from a combined 54 years of Law Enforcement and Elected public officials perspective.