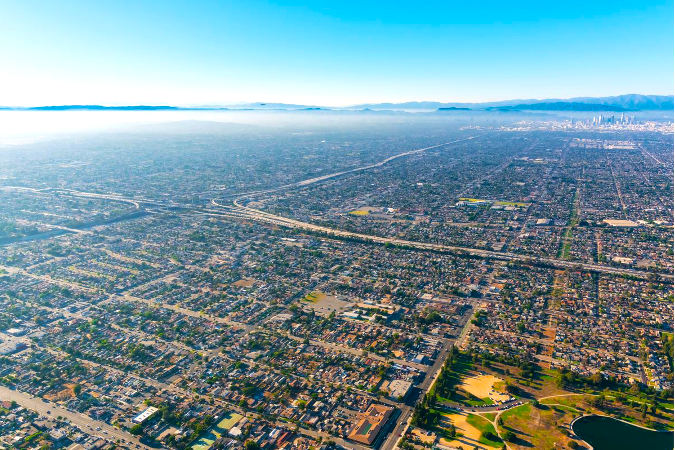 THE VIEW FROM HERE - When we’re born, we dunt know nuthin’ from nuthin’ including proper grammar.

No one asks what language we’d like to learn or which cultural values our families will transmit to us.  We learn from those around us since there is no alternative.  There is, however, one value with seems innate, i.e. a sense of fairness.  Animal experiments have shown that wolves and dogs have a sense of what is fair.  It is not surprising, then, that humans can realize that portions of their environment are unfair.

The Declaration of Independence rejected the former European view of fairness by dethroning the Divine Right of Kings in favor of each individual’s inalienable rights including Life, Liberty and the Pursuit of Happiness.  The new formula was Life + Liberty = Pursuit of Happiness (i.e,. Quality of Life).

Nonetheless, it can take a long time for people to realized the unfair structure of their society and how it funnels wealth to the powerful and away from those who produce it.  We have theoretical solutions from Karl Marx, “From each according to his ability to each according to his needs” in 1875 to mushy, incoherent ideas of socialism in 2022 America. Leaving aside these faux solutions, there is something we individuals can do.

Whether you are Dem, GOP or apolitical, urban density steals from the 99% and funnels wealth to the 1%.  For a while in human evolution, societies benefitted from urbanization.  In the beginning the face to face interaction of village markets allowed farmers to sell their produce to others. Those days are dead.  There is no longer any need for people to have physical contact to sell goods or to engage in business in highly dense core areas, traditionally called Downtown.  Despite what Petula Clark sang in 1964, “things will [not] be great when you’re downtown”   Manhattan had Brownstone mansions because people had to walk.  All our major eastern cities were laid out long before the individual car arrived and well over a 100 years before the Internet, Goggle, YouTube, Zoom, and Amazon.

Los Angeles is the first US city that was constructed in automobile era.  In 1890, LA had 50,395 ppl but by 1910 it had 319,198 ppl. In 1915, the city’s civil engineers finished their  comprehensive study of future Los Angeles based on topography, demographics and mathematics.  The Study showed that automobiles made downtowns and other core areas not only obsolete but a definite evil for everyone, except the very few people who owned land in a core area.

The 1915 Study of Street Traffic Conditions in the City of Los Angeles conclusively established that eventually the combination of urban density and rapid mass transit would destroy the Pursuit of Happiness for Angelenos.  Los Angeles, as “a city of the radiating type . . . has an opportunity to solve its congestion problem simply by the gradual extension of its business area, thus avoiding extraordinary obligations for transit facilities and consequent increase in taxation.” The 1915 Traffic Study p.34

Briefly, No Downtown and No Bedroom Communities

It is mathematically impossible to have an huge geographic area of thousands of square miles with tiny dense areas to which hordes of people must come to for work or services.  Rather, all type of land uses must expand outwards so that Bunker Hill should have remained mostly residential.  The only people who benefitted from dense areas like skyscrapers on Bunker Hill, Century City, etc. were the landowners.  The higher the office towers the more the land was worth (and the more cash with which to bribe city officials).

There was nothing wrong with the freeways; the problem was that the valleys became bedroom communities from which hundreds of thousands of people have to pour into densely packed areas in The Basin.  Even in the 1970's, urban planners foresaw that future telecommunications would make the Downtown Suburb Model unworkable for the average citizen, while making the landowners vastly more wealthy.

The Second Part of the Scam Was Intra-urban Mass Transit

Since 1915, urban planners knew that no intra-urban mass transit system could solve the traffic congestion problem of the Downtown - Suburb Model, but there were billions upon billions of dollars to be ripped off from the public treasury by constructing such nightmares.  Rapid Transit was a gigantic post WW II lie.  It’s main purpose is to provide false justification for the vicious cycle of density and costly mass transit.   High rises attract more commuters than individual cars can serve and then builders claim we need mass transit, which costs billions of dollars.  Mass transit never pays for itself so they demand more density near the subways to provide more fare paying passengers. The opposite has proven true.  People hate mass transit and leave it as soon as possible.  NYC’s mass transit, the most nation’s most financially successful, faces a $34 Billion deficit. One can only imagine the financial nightmare looming over LA County.

Flee, Flee to the Exurbs Now

Now for the really good news! Youngsters looking to start a family are fleeing. That is why Family Millennials have been exiting Los Angeles for Austin, Nashville, and Denver.  To be blunt, it is financially idiotic for a young person to pay thousands of dollars per month to Wall Street by carrying a huge mortgage on an LA house.  Renting is even dumber; it’s a form of urban serfdom. Density always makes land prices rise.  The greater the density the higher property taxes for the new buyer, but worst yet, young urban buyers have to also pay the Wall Street Tax.  (What if Angelenos Stopped Paying the Wall Street Tax?)

There is no rational reason to pay an extra $2,000 to $5,000 per month on a mortgage and deprive your family of all those funds.  The mortgage money  goes to Wall Street. It does not even support local businesses.

Flee to the Exurbs

Maybe you have not heard of the Exurbs.  They are the residential areas beyond the suburbs and they are where businesses will locate modest size offices complexes and manufacturing plants.  Detached homes with nice yards are 100% compatible with low rise garden office complexes.  They are quite well landscaped and provide offices very near where people live. Riding a bicycle from Woodland Hills to Century City is absurd, but riding  ½ mile from you home to an office is possible, as is walking or driving.  Small garden office complexes increase the villages’ tax bases as do all nearby well landscaped retail establishments.

Not only will exurban homes have significant roof space to generate their own solar power needs for their homes, but they can charge their electric cars. People in the exurbs will have no electric bills and no gasoline bills.  As self-driving cars are perfected, we will have robocars.  Robocars can go to Ralph’s at 3:00 a.m. and bring back the groceries while the family sleeps.

The Key to Fairness - Sprawl Spreads the Wealth

It’s inherently unfair for the 1% to misappropriate wealth by urban densification and mass transit projects.  Sprawl equitably spreads out wealth to the exurbs and increases the Quality of Life for individual families.  Perhaps, the best aspect of sprawl is that no one needs permission to relocate to exurbs.  Since when do Americans need to seek permission to Pursue Happiness?