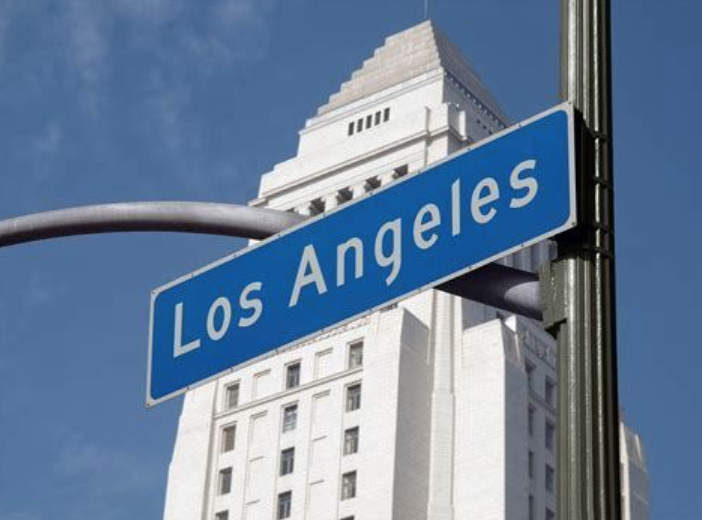 THE VIEW FROM HERE - The season for 2022 Los Angeles Mayoral Race is open. Let the lying commence.

They have no choice but to lie because each one has contributed to the decline of Los Angeles.  Presently, the public’s attention is on the Homeless Crisis as the latest manifestation of Los Angeles’ vast and never ending corruptionism. None of the candidates has taken a single step to reform Los Angeles’ corruption.  Rather, each candidate covets becoming the new Don of the nation’s largest criminal enterprise.

All the candidates have promoted Los Angeles’ deterioration, but the one who can make the most plausible excuse is the most recent entrant Congresswoman Karen Bass.  One should not confuse “plausible” with innocence. After all, she has represented the prime area of Los Angeles in Washington since January 3, 2011 (33rd and 37th Congressional Districts). On the other hand, Rep. Bass has had no day-to-day involvement in Los Angeles corruptionism as have her three challengers.

In addition to this Fab Four, there are others running but so-far none are viable.  These four should not be secure that no one will ask them about the city council’s unlawful vote trading system in violation of the state’s criminal law outlawing vote trading, Penal Code § 86.

It could win the prize for most convoluted wording; so, here’s my short version.  “Every city councilmember who agrees to give a vote in return for another member’s vote commits a felony, punishable by imprisonment in the state prison.”

It is a truism that corruption can become so huge that undoing the criminality looks worse than the crime.  Los Angeles succumbed to this principle with the Ramparts Scandal when everyone pretended that corruption was limited to the Ramparts Division.  They ignored that the corruption occurred throughout the LAPD with the support of the criminal court judges.  The impact of Ramparts Scandal even made it into the TV show, The Closer, where Captain Sharon Raydor tells Assist Chief Brenda Leigh Johnson about the ramifications of Rampart’s corruption.  Wikipedia has more accurate data. “One hundred six prior criminal convictions were overturned. The scandal resulted in more than 140 civil lawsuits against the city of Los Angeles, California, costing the city an estimated $125 million in settlements.”

Suppose the public had known the reality, i.e. the corruption infected the entire LAPD and the judges were the lynchpin in the corruption!  Not only would have the litigation bankrupted the city, but hundreds, if not thousands, of felons would have been released.  When the District Attorneys Office in conjunction with the judges, many of whom are former DDA’s like Jacqueline Connor, look the other way or encourage TestiLying as happened in the Javier Ovando case, all who were wrongfully convicted get out of jail. Like Mr. Ovando, they can get huge bonuses.  Javier Ovando’s was $15 million.  While Mr. Ovando may have been a gang banger, he was innocent.  In fact, the LAPD had attempted to murder him!  Anyone, who thinks that the judges don’t know when a criminal defendant is being railroaded, should resist the temptation to buy the Brooklyn Bridge.  When the criminal courts are more infested with corrupt judges than homeless encampments are with rats, no one is safe.

Did anyone at LA City Hall take any step to restrain the criminals in the LAPD? No!  They certainly were mum about the roles of the judges.  It took a Consent Degree imposed by the federal Department of Justice to reform the LAPD. Because the judges got off scot-free, the courts became worse.

This history of the Ramparts Scandal is not a digression, but rather it is the prototype for today’s cover-up of city hall corruption.  Just as the case of Ramparts Officer Rafael Perez became the stand-in for LAPD corruption to cover up the ubiquitous police corruption, the FBI probe of Councilmember Jose Huizar is a stand-in to cover up the massive LA city hall corruption.  In both situations, the judges have been involved up to their eyeballs.  Without the mass evictions of poor people from their rent controlled apartments, Garcetti’s densification mania could not occurred at such a fast pace.  Let’ not forget that it was Councilmember Huizar who finally insisted that the Ellis Act be followed. The Ellis Act requires the tenants to be paid a modest grubstake to get started again. CM Huizar insistence on The Ellis Act raised the developers’ costs, which greatly displeased Don Garcetti.  Also, CM Huizar’s attempt to have his wife succeed him as CD #14 councilmember, when it was the Don’s prerogative to anoint the successor, was not politically astute.

Will Anyone Be So Bold as to Challenge the City Council Corruption?

Yours Truly shall be sending questions to the mayoral candidates and will let CityWatch readers know the exact questions. More importantly, we will provide the replies.

Question number one to the present four candidates will be: Does Penal Code § 86 apply to Los Angeles City Councilmembers?  If other candidates wish to also answer, that would be nice. There will be follow up questions and additional commentary.