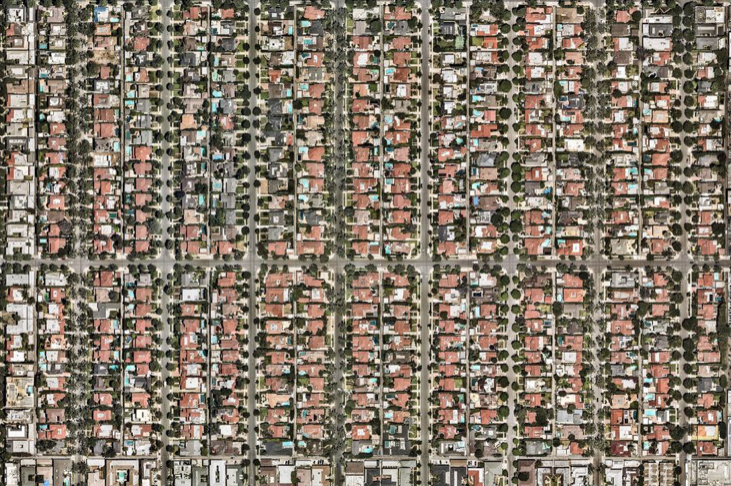 He applied it to the serious people (e.g., McGeorge Bundy, Dick Cheney) who bide their time as CEO’s or think tank intellectuals when not employed as trusted government officials.  Despite their shiny “Best and the Brightest” exteriors, Mills considered them to be well educated fools.  They brought us the Cold War, and many subsequent conflicts, such as Vietnam and Afghanistan, that killed millions in foreign wars, while making fortunes for those who stayed behind, comfortably running U.S. military industries and political institutions.

The same Crackpot Realism is on full display in Chapter Four of the City of LA’s draft Housing Element for 2021-29.  It is based on a housing model developed by the Terner Center, a UC Berkeley institute funded by private sector donors.  The same technocratic sheen is employed, with the same technical Crackpot Realism applied to the housing market.   Like their Cold War cousins, their policies allow a small group to do well, while millions endure rent-gouging, evictions, dislocation, overcrowding, and homelessness.

What is going on?  The draft Housing Element represents a contorted response to three contradictory realities.

First, LA is vastly over-zoned.  It has been 22 year since LA’s Department of City Planning calculated the buildout of LA’s zoning ordinances.   This analysis was part of the 1996 General Plan Framework Element’s Environmental Impact Report.  In 1996 LA’s population was 3.5 million people, and its zoning build out population was 7.2 million people (FEIR Chapter 7, Table T-1F, Summary of Alternatives by Community Plan Area).  Since then, Los Angeles adopted an Accessory Dwelling Unit (ADU) ordinance and two Density Bonus ordinances.  Together they lifted LA’s theoretical zoning build out population to around 9,000,000 people, or more than double LA’s current population of 3.9 million people.

Much of this zoning is on under-utilized commercial streets.  Their zoning automatically allows R3 and R4 apartments, all on transit corridors, with permitted densities of 70 to 100 units per acre. They could easily accommodate the Housing Element’s Very-Low and Low-Income housing requirements, per SCAG’s RHNA allocation to Los Angeles.

The combination of existing zoning and new density bonus laws that encourage Low and Very-Low income housing would allow most of the existing mostly one and two story buildings to be replaced by three to six story residential buildings.  These in-fill buildings could consist of Low and Very-Low income apartments.  In fact, the General Plan Framework Element’s Chapter Two states:

“While [the Framework’s] housing capacity is more constrained than commercial and industrial uses, the Plan's capacity for growth considerably exceeds any realistic market requirements for the future. For example, there is sufficient capacity for retail and office commercial uses for over 100 years even at optimistic, pre-recession, market growth rates.”

Second, most of this available zoning is under-utilized because private sector developers prefer to build in neighborhoods where their expensive apartment buildings generate the highest profits.  According to the LA Development Map, these hot spots are DTLA, Westlake, Koreatown, Hollywood, Miracle Mile, the Beverly Center-Pacific Design Center corridor, Valley Village, and Warner Center.  Furthermore, if the zoning the developers need for their mega-projects is not immediately available, they apply for zoning waivers, which City Hall grants in 90 percent of cases.

Third, the draft Housing Element tries to square the circle with a model from the UC Berkeley-affiliated Terner Center.  The model downplays most available zoning, and it conveniently concludes that LA should up-zone in the same popular neighborhoods where, understandably, private developers prefer to build their expensive housing.

These are some of the methods that the Housing Element model uses to produce exactly what real estate speculators want: up-zoning in neighborhoods that their business models and bean counters target.   If adopted by the City Council, the Housing Element’s recommended changes would save the developers considerable time and money.  As a result, their Return on Investment (ROI) would soar.

Furthermore, because zoning laws cannot stipulate the rents of constructed apartments, there is no way that the City Hall could prevent developers of Above-Moderate-Income housing from taking advantage of up-zoning, especially in affluent neighborhoods, to build market and luxury projects.  While a comprehensive monitoring program could quickly detect this misuse of up-zoning, this appears to be a missing component in the 2021-2029 Housing Element.

Until the Housing Element can overcome the political barriers and legal challenges in adopting Community Plan Updates with attached up-zoning and Community Plan Implementation Ordinances, it is not likely that Housing Element would successfully address the forecast shortfall in Lower-Income and Moderate-Income units.

Despite this exemplary exercise in Crackpot Realism, there are major problems with the Terner Center model that LA City Planning is using for its Draft 2021-2029 Housing Element:

This is because of the weakness of regression models.  They cannot readily respond to Pandemics, recessions, depressions, wars, and unexpected mega-storms.  Parcel levels forecasts from the Terner Center’s model cannot self-correct for changes in government housing programs, new tax laws, fluctuations in interest rates, future labor contracts, supply chain breakdowns, unexpected consumer housing preferences, amended building codes, inflated transportation costs, and sudden technological breakthroughs.  This is why forecasts based on trend analysis often fall short, and why they need to be continuously monitored to properly work.

City Hall’s arcane political processes will determine how much of the proposed Housing Element becomes adopted policy.  But, even if the Housing Element survives this hurdle, it will not easily overcome the next barriers, that we live in complicated and difficult to predict times.

* Dick Platkin is a former Los Angeles city planner who reports on local planning issues for CityWatchLA.  He serves on the board of United Neighborhoods for Los Angeles (UN4LA) and co-chairs the new Greater Fairfax Residents Association.  Previous Planning Watch columns are available at the CityWatchLA archives.  Please send questions and corrections to rhplatkin@gmail.com .