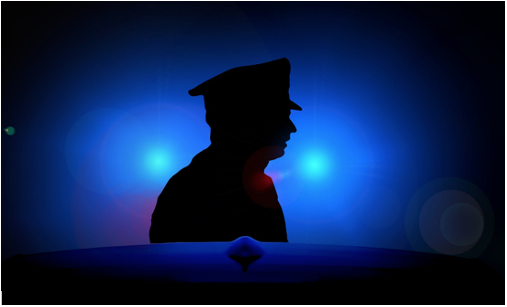 COMMENTARY-Earlier this month, CityWatch published an article about SB 2, the Kenneth Ross Jr. Police Decertification Act of 2021 which is wending its way through the halls of Sacramento.

It’s a proposal to finally ban police officers who abuse their power from any future work in law enforcement in California.

Last week, police killed an armed man who had already shot two other men and was continuing to shoot at people on the crowded Redondo Pier. The incident is under investigation.

A few days earlier northeast of Santa Barbara, a police officer fired at a suspect and missed, hitting a 59-year-old man who was sitting inside a vehicle nearby. Why was the cop shooting if there were bystanders at risk? We won’t know until the office of the State’s Attorney General investigates.

The latter may prove to be just another unfortunate accident but if that cop had been reprimanded or fired out of another jurisdiction for violence or excessive force, no number of condolences can make up for a preventable tragedy.

Then last Friday, an Austin police officer who killed a 46-year-old neuroscientist who was having a mental health crisis in July 2019, was indicted in the killing of an unarmed man just nine months after the first.

The need for decertification is part of a constellation of concerns on criminal justice reform also being addressed at the federal and city levels. Others include the need for a more nuanced approach to issues concerning mental health, substance abuse and homelessness but are not the subject here.

Public safety is an essential part of the services Los Angeles provides its residents and a significant portion of the City budget, but a police badge does not entitle its bearer to break the law.

Violent crimes have spiked significantly in Los Angeles during the pandemic, after decades of decline. We need public safety; we need cops in cars and on bikes patrolling our streets and parks to stop the bad guys attacking and stealing from people. That’s where LAPD dollars should be spent on, not protecting bad-apple police, and not paying out liability claims for their malfeasance.

Accountability is the first step to justice and rebuilding our faith in the boys and girls in blue: which is why criminal cops must be prosecuted more forcefully.

Officers in the U.S. are all too frequently rehired after their termination for misconduct, a problem that experts say increases the likelihood of further abuse and killings by police.

And all too often after termination procedures for egregious behavior commences, the existing system slows the process to a crawl (during which the officer is off the streets but still drawing pay), denying swift relief to the aggrieved parties and wasting tax dollars.

Then when convicted, disgraced officers are afforded every opportunity to clear their name and continue their career, with their reputation and income intact along with their ability to victimize some more.

And each time an officer gets away with such bad behavior, it encourages people who aspire to abuse power to join up and it emboldens those who may already share such tendencies to emulate such misconduct.

When officers who have killed or injured someone thinking that person is guilty of a crime are reinstated or hired elsewhere, it is essentially a “license to kill.” All too often killer cops like Derek Chauvin in Minneapolis, Anthony Pirone in Oakland, Ryan McMahon in Vallejo, and Joseph Mensah in Milwaukee have a history of problematic use of force.

In too many jurisdictions across California and the United States, more than a few officers have been implicated in repeated shootings and beatings of civilians.

Certain precincts foster a culture of violence, with those within supporting any officer charged with violence as self-preservation: they might be next.

And because officers, supported by their unions, can appeal any punishment meted out, firings can too often be reversed, forcing police chiefs to reinstate killers, sexual predators, and liars. In Minnesota, 46% of terminations were overturned in the five years before the killing of George Floyd.

A Yale Law Journal study by Ben Grunwald and John Rappaport documents that fired officers in Florida are rehired by another agency within three years and are twice as likely to be terminated from that new position for cause.

Smaller jurisdictions pay less and have fewer choices when it comes to staffing. But is it fair to their residents to hire a killer kop, such as Timothy Loehmann who murdered Tamir Rice and who had been rejected by other agencies because they weren’t charged?

Especially when “Qualified Immunity” can too often trump due process?

Especially when there are communities of color in the jurisdictions hiring these white-on-black killers?

Yes, there will always be one-offs, but if fired officers, those where there was clear evidence of malfeasance, were barred from serving as police officers, a lot of lives would be saved.

If you don’t fear losing your job, if you have support of your union and fellow officers, and you have all these different immunities that will protect you, you know you can get away with. . .well, murder.

Advocates have pushed for a publicly accessible national database that documents officers’ disciplinary histories, which could help prevent re-hirings that endanger the public. Today, the public can find medical malfeasance, realtor peccadillos, lawyer wrong-doing and even your most embarrassing moments online, but police officers’ records are hidden behind a firewall defended with more firepower than killer kops carry.

This approach must be adopted nationwide. And California and Los Angeles should lead the way.

Not because our City has a bad history – it’s actually come a long way since Rodney King’s beating in 1991 after which the Christopher Commission identified the widespread use of excessive force by LAPD officers as a failure of LAPD management to curb inappropriate behavior. Steps were taken then to change policing mind-set across the City.

Accountability has improved but there still remain bad apples and pockets of rogue cops that tarnish the image of officers who are doing their jobs and helping Angelenos on a daily basis.

In some cases, policemen and women honestly believe they are doing their job as it should be done: that they have the right to kill to protect society from these evil people. It doesn’t matter that society has not granted them the power to be judge, jury and executioner, they have rationalized in their own minds that they have a higher calling.

Entitlement should not be a factor in decisions by individual police officers. At all times they should be guided by what is right. And what is right is to not cover up for the bad apples who tarnish the value of the badge. What is right is to demand that their union, the LAPPL, act in the strongest terms not only to oust police miscreants but to ensure that they can never spread that particular brand of poison to other jurisdictions.

Officers in neighborhoods rife with gang violence quite rightly work in fear because they are targets, not only of criminals but also of those who perceive police as the real enemy. This is a perception that can only be changed by a clean sweep of the bad apples and their enablers.

To protect police and civilians alike, the City, the LAPD and their union must take action. It must be honest, timely and transparent and cannot make excuses for anyone, regardless of rank.

(Liz Amsden is an activist from Northeast Los Angeles with opinions on much of what goes on in our lives. She has written extensively on the City's budget and services as well as her many other interests and passions. In her real life she works on budgets for film and television where fiction can rarely be as strange as the truth of living in today's world.) Image by Gerd Altmann from Pixabay.

Prepped for CityWatch by Linda Abrams.