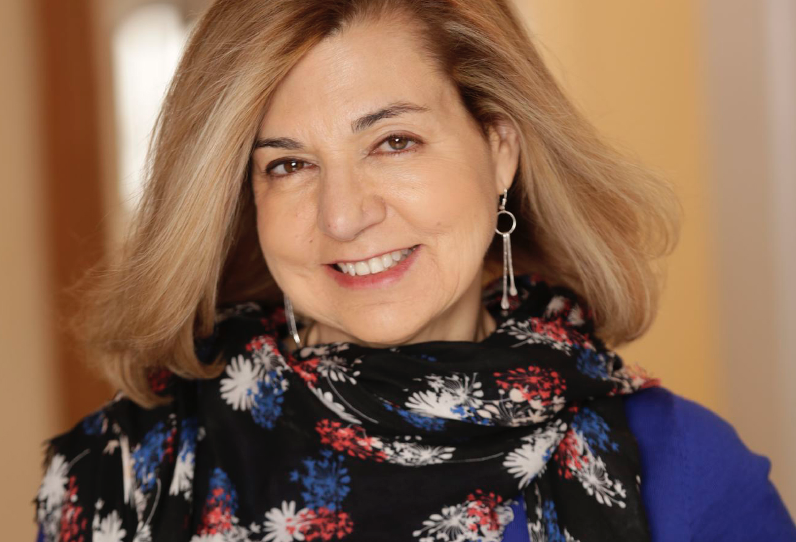 "For the sake of American democracy, it’s now or never."

-Toss out the insidious “inside-politics” frame and replace it with a “pro-democracy” frame.

-Stop calling the reporters who cover this stuff “political reporters.”

-Stop asking who the winners and losers were in the latest skirmish.

-Start asking who is serving the democracy and who is undermining it.

- Stop being “savvy” and start being patriotic.

Kudos for Simone Biles for pushing back against the traditional American narrative of gold at all costs, including the cost of their own mental or physical health. There was, predictably, plenty of angry people casting her decision as weak and lazy Generation Z behavior.

City Council dragged 41.18 back out in an attempt to re-establish the council district fundraising rubric that's been in place for years.

The big idea is that each district will decide where to enforce the no sleeping on the sidewalk laws. Each CM will help you if you provide a complaint. Diana Yedoyan Vice President of Public Policy and Economic Development at Hollywood Chamber of Commerce and former Huizar aide, and Stuart Waldman, President of VICA head of operations with emphasis on advocacy and development, and Martinez buddy were there and firing on all supportive cylinders.

It's a great idea because Krekorian “. . .also has places that are the sources of countless complaints, countless responses by the fire department, that are consistently and completely blocking public access, particularly for the disabled and the elderly and young children and parents,” he told the Times. “Those are the areas I’m going to focus my attention on.”

Touching. "The proposed ordinance won’t cause homelessness to disappear," he said, "but will provide council members a greater level of control." Bingo. Contribute here. . .

Meanwhile, Joe Buscaino is not wasting any time either, his spokes guy Branimir Kvartuc said, “The councilman is going to put up signs at every school, at every library, at every day-care center. We’re going to print up a million signs.” Nice.

But make no mistake, the motion by co-motion with Mark Ridley-Thomas is "not intended to allow a wholesale prohibition of the homeless from residing near all sensitive areas.” The ordinance Mark Ridley-Thomas is envisioning is "humane" and would result in some infractions and at worst, fines." $

Ed Buck was convicted in those meth overdose deaths. So more shame for Paul Koretz and so many others who took campaign donations from him. What a creep.

And that disgraced (but helpful) attorney has returned to sue the city over restrictions on RV parking. The Berlin Airlift and Bonin Carlift touched on in another article were suddenly revitalized and have deeper meaning.

And California's Vice President Kamala Harris helped pave the way so that more Indian Americans than ever are running for Congress. Swetha Kannan, Sandhya Kambhampati and Rahul Mukherjee take a look at the data on this growing demographic in American politics.

I guess the Ambassador to India job is better done by an Angeleno Rhodes Scholar.

The Mayor did not appreciate feedback delivered to his early morning city family collective bargaining meeting.

As Garcetti knows, he was one of Abraham Lincoln’s chief supporters and critics, and he said: “Little boldness is needed to assail the opinions and practices of notoriously wicked men; but to rebuke great and good men for their conduct, and to impeach their discernment, is the highest effort of moral courage.”

ALADS, the Sheriff deputy union, suggested that the Chairwoman of the County Board, Hilda Solis, had lost track of the out-of-control homelessness and the disturbing increase in violent crime in her district. It's hard to keep track.

Sheila Kuehl the third district Supervisor was simply shocked to hear that Sheriff's Department and Fire Department were not 100 percent vaccinated. She said, "I don’t get that at all." And summoned the Sheriff and County Fire Chief Daryl Osby to come tell "us why that is?"

And she apologized to county residents on behalf of all the "unvaccinated idiots" who are putting pressure on our healthcare workers.

She reminded that, "I love my cities, too. But how many of them have a rent control or stabilization ordinance?". . ."How many are investing in permanent housing, instead of arguing about whose neighborhood it's ruining."

The kicker, LAHSA, she said, has done an "amazing job."

Hahn was not ready to give an "A" to LAHSA. The problem is too complex; too deep.

Five would be appointed by the Board of Supervisors. One by the Mayor and an increase to three seats to be appointed by Nury Martinez, the council president. One would come from the Contract City association and two from Southern California Association of Governments. One shy of a baker's dozen (13).

Holly J. Mitchell, who had almost a dozen items on the agenda re-posting rewards for help in solving brutal crimes in her district, was worried that the public comment period had been cut too short by Chairman Solis. Not kidding.

Barbara Ferrer was back following the capable stylings of her fill in know-it-all, Muntu Davis, who took over when she was. . .

Out on the streets, "walking the streets. . .and going door to door." Her team, she claimed is "very, very  effective." They've been out talking to people, in their homes. . .which allows them to ask questions that won’t be as easy to ask at a community meeting."

One on one is so important.

Folks, weren't sure where she was going when she said, "People don’t trust the local government.” Her outreach workers, who she praised repeatedly, "are not the government." Huh?

R Kelly claims that from age eight to 14, Kelly was sexually abused by an older female family member. Explaining why he never told anyone, Kelly wrote in his 2012 autobiography Soulacoaster that he was "too afraid and too ashamed."

Years later, while unsuccessfully fending off a barrage of allegations and convictions (he's in jail) he asked his manager to find out "what I should tip the bailiff."

So many divergent life-course trajectories.

A question: Can Koretz's constituent provide a gift card to an officer at the rail in the John Ferraro Chambers for preferential seating during a council meeting? The cops at City Hall are very familiar with gift cards. It's all a part of the exciting “inside baseball” ecosystem down there.

The Mayor's fund and Rick Jacobs were always handing out HUGE gift cards.

Koretz's constituents love them. And the  beauty of a gift card is. . ."I know nothing! Nothing!"

David Tristan runs the Ethic Commission of Los Angeles as the Executive Director. The agency provides independent oversight that is “vital to preserving public trust in city government and  has taken responsibility for an array of new regulations, including restrictions on campaign donations from developers and city contractors.

But don't get excited. They have a very narrow purview.

For instance, they have nothing to say about the ethical activity in Studio City, where multiple attempts to obtain more specific details about the Roomkey program at Sportsmen’s Lodge went unanswered or were referred to Los Angeles Homeless Services Authority LAHSA officials, as allegations emerged that people were shutting off the hot water at the hotel.

The residents at Sportsmen's were uncertain and sometimes given conflicting information about where they were headed as they were being removed.

Sort of the like the neighbors who have been wondering about the increase in the speed limit from 35 mph to 40 mph near our local public amenity golf course, currently being coopted by Harvard Westlake.

Stephanie Klasky Gamer, the President and CEO of LA Family Housing. said the situation was "unfortunate to imply that there are ‘tactics being taken to make residents feel unwelcome."

She said it was a "time for grace and support of our participants, and our staff dedicated to their well-being through a smooth transition [off-the-premises]

She seemed to know about the construction schedule over there, but nobody knows about the widening of Ventura boulevard to accommodate the luxury mall.

Somehow, a lobbyist and Karo Torossian, the chief of staff for Paul Krekorian, agreed to another development -- a five story monster on Ventura Boulevard just east of Whitsett, that would have been critical to have considered re: widening, 700 feet to be specific.

A random application was floated by on a city agenda to “take” some public land. Obviously the "Vacation" request was being made on the assumption that the city doesn't need the strip along VB that could widen, but do we need another high-rise condo? No.

Sir, you're disrupting the meeting.

27 condos, 5 are for very low-income tenants.

Ventura Blvd is widened five feet as a 15-foot sidewalk to replace 5-foot-wide sidewalk. Facade on Ventura is 25 feet high, then 40 then 45 feet at back -- think "Caruso" style.

This project has NOT yet been approved and the local Land Use Chair famously claimed there was no paperwork.

Did the council member's Jessica Fugate "sidestep" the issue, or flat out lie*?

Approvals and permits do appear to be in place, proving that when the "fix is in" approval/support by a local NC is non-essential.

Jessica's first tier lame-advocacy has resulted in a big blob on a hillside and the new arrival of a plastic playground for Harvard Westlake on Studio City's adorable golf course.

Ask Karo Torossian what he thinks, "I know nothing, nothing!"

He told the public that he had no idea about the project but was actually collecting political donations from the property owner. . .sigh.

Mike Feuer, "I know nothing, nothing!"

Krekorian was totally unaware of Mitch Englander's activities, "I know nothing, nothing!"

Garcetti claims he never saw anything untoward in his office and declared that in Los Angeles, “our values are not for sale.”

But we do accept gift cards.

Probation: The Unserved and Underserved

A public commenter at LA County on Tuesday was talking about the Probation Department. He said he spent time on Saturdays at Barry J Niedorf, volunteering and it was time to shudder the place. Despite the Supervisors' effort to revisit the decision of what to do, and all the frustration, he called it "a miniature prison. If we want to support the young people. . .we need to look to Norway. The Norwegian model consists of an environment that is "more normal" he said, and "avoids institutionalization."

Also buried on the board's agenda on Tuesday was an item related to Sheila Mitchell (not a merge or typo of Sheila Kuehl and Holly J. Mitchell), the former head of LA County Probation. Apparently, she was harassed by the department she led for the County.

Probation has metastasized into a swollen nightmare over the years. There have been five chiefs in ten years.

What Mark Ridley-Thomas was doing? A lot of abstaining.

A reporter should have a look at Mr. Ridley-Thomas's robust abstention record.

(Eric Preven is a longtime community activist and is a contributor to CityWatch.) Photo: AFP via Getty Images.