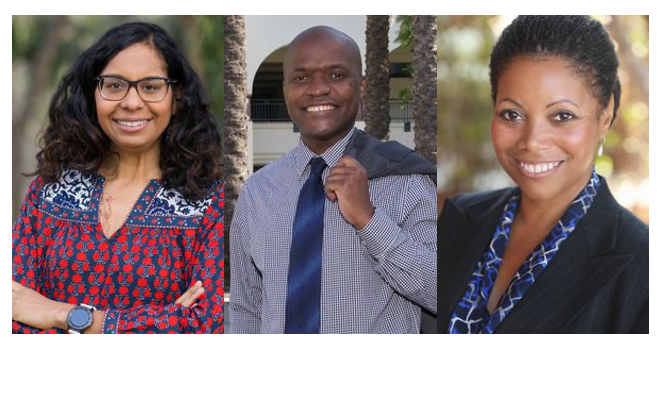 A majority of Californians support removing private insurance from the healthcare equation. And if not now -- during a global pandemic when sky-high unemployment has sundered workers’ access to health insurance while health risks from COVID-19 and medical expenses have simultaneously rocketed upward -- then when?

First came a resolution from delegates on the floor of LACDP (I was one), authored by Betty Doumas-Toto of HCA-LA (which passed unanimously), urging Governor Newsom to apply for the federal state innovation waivers that would enable CA to administer a single-payer healthcare system.

This past week, with remarkably little attention from the press, three Assembly Members introduced Assembly Bill 1400 – Guaranteed Health Care For All. Support for the bill is bicameral with eight principal and regular co-authors from the Assembly (which has 80 members) and seven from the Senate (which has 40 members).

One co-author is AD54’s Sydney Kamlager-Dove, (photo above left) who is also currently a candidate for the senate seat SD30, recently vacated by her former boss Holly J. Mitchell, who was elected to LA County’s Second Supervisorial District.

The domino effect of jumping offices, spurred often by term limits, makes for a lot of extra campaigning and electioneering, fundraising and independent expenditures, voting and decision-making. Not the most efficient of processes. We are now called upon in the 54th to decide who to elect as our next state Senator. Election day is Tuesday, March 2. Turnout will be low, so your vote counts all the more. Use it!

You can mail your absentee ballots through the USPS, set it into a ballot collection box (go here for addresses), or vote in person at an election center anytime between now and next Tuesday, March 2, 2021. To speed up voting in person, bring the bar code from your absentee ballot or generate one here.

Seven candidates are on the ballot. Three were present at a recent zoom forum conducted by the Culver City Democratic Club. The club has been active in pulling the political scene in Culver City left over the past decade. Vice-Mayor Daniel Lee (photo above center) is an integral part of that transformation.

Incumbent Sydney Kamlager-Dove, former senator Mitchell’s field deputy and our current assembly member, is well-acquainted with the district’s full diversity, and is fluent in speaking to the issues and particularities of state-level legislating. Cheryl Turner (photo above right) is an attorney and president of the Apartment Association of Greater LA (AGLA), who has served on various local and state commissions.

The forum was excellent and is well worth reviewing if you are undecided as to who best would represent Los Angeles in our state capitol. All three spoke to housing, homelessness, healthcare, and criminal justice reform. Then each was challenged (@1:10:20) specifically by probing their perceived vulnerabilities: Kamlager-Dove for her centrist positioning in endorsing the presidential candidacy of NYC’s Republican mayor Bloomberg; Turner for her leadership in aggressively opposing Culver City’s rent control ordinance; and Lee for jeopardizing the newfound and potentially unstable progressive representation in the Culver City Council.

These are critical questions. The field is limited and in a landscape of seat-swapping, it is important to consider the vacuum left by saltation. Kamlager-Dove’s move would essentially be lateral, bringing a force to the senate similar to the force she has shown in the assembly, though as a senator she would represent twice the constituency.

Lee’s loss could be devastating. It would be an expensive effort to retain his progressive seat, drawing activists’ resources locally that could better be utilized across the state and county. Even if his seat were held, would the benefit of his leadership in a state context significantly augment Kamlager-Dove’s so as to offset its loss midterm in the heart of the 54th? I fear not. I love his placement as an anchor of the progressive revolution in Culver City. I cannot see his elevation as a net gain under the circumstances.

Likewise, Ms. Turner’s role as the first black president of AGLA represents a tremendous gain over the past. She is a knowledgeable and relatively caring and empathic leader. Her loss from this position could be a net loss to the small business world of property rentals and management, and to those who depend on good working relations with it.

I see a fragile gain in Culver City that wants strong shepherding. While there may be others potentially waiting to fill a void, their inauguration is unsure. I think Lee’s local gain is too important to jeopardize, particularly when the benefit elsewhere is relatively modest. At this time, Daniel Lee is a more exciting development for Culver City than he would be for Sacramento.

However, I believe there is a reasonable argument to vote for Daniel Lee for Senate and that would be to secure a plurality of votes which would enable a focused run-off of the top-two. But this is an expensive strategy, draining resources from larger fights, delaying representation, and displacing leadership from where its absence would be felt most keenly.

I believe reasonable minds can differ in this selection. I will vote for Kamlager-Dove in part because I am impressed with her thoughtful treatment of extremely complex issues, and for her availability to listen. I do not think this has always brought her to the “right” position. But she is accessible. Lee and Turner, I believe, are so well-positioned right now that I am not willing to sacrifice either two birds in the hand for one in the bush.

(Sara Roos is resident of Mar Vista, an elected member of the LACDP for AD54, a biostatistician, the parent of two LAUSD graduates and a CityWatch contributor who blogs at Los Angeles Education Examiner and redqueeninla.com). Edited for CityWatch by Linda Abrams.