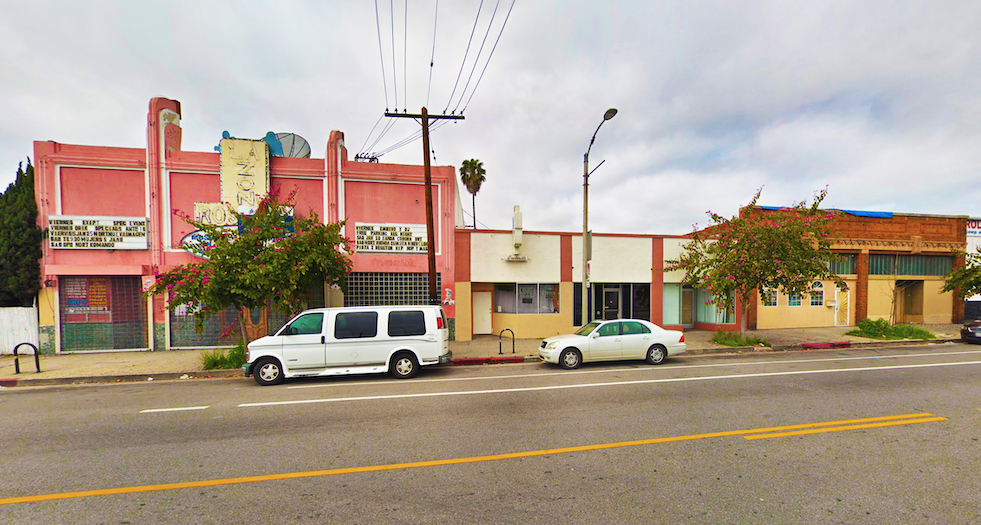 DOUBLESPEAK-From Los Angeles Department of City Planning Director Vince Bertoni: “As public servants who inform land use, we face a pivotal moment in time where we reflect on the social, political and economic injustices that have challenged our Black, Indigenous and communities of color for generations.”

But City Hall must move from “reflection” to action.

A case in point: on October 5, 2020, members of the San Pedro community group RESPCT (Residents for an Equitable San Pedro Community Today) sent a letter to the Los Angeles Planning and Land Use Management (PLUM) Committee, requesting that committee members address the extreme environmental and economic injustice issues connected to ongoing real estate developments in the Pacific Corridor. The letter cited the Citizens Protecting San Pedro appeal of the recent City Planning Commission (CPC) approval of the project at 1309-1331 South Pacific Avenue, detailed in this description, (photo of location above) which would irrevocably degrade the quality of life in this already disadvantaged community.

People living near the project site are 82% non-white with a median household income of $32,200 - approximately half that of the average Angeleno. San Pedro is not a NIMBY community. Residents encourage new real estate projects that increase affordable housing in proportion to local demographics, promote equitable economic development, and are healthy sustainable assets in sync with the character of their neighborhoods. But this largely market-rate project would set a precedent for gentrification that will displace working-class people of color and destroy the fabric of the last affordable neighborhood on LA’s coastline.

San Pedro is a major economic engine for Los Angeles -- generating hundreds of millions of dollars in revenue for the City annually. But for decades, this low-income community of color has served as the human buffer zone around the polluting Port, bearing the unfair burden of a degraded quality of life and harmful health impacts. Now LA’s Department of City Planning (DCP) is intensifying this extreme environmental injustice by supporting economic injustice - facilitating an onslaught of irresponsible real estate projects at the behest of Councilman Joe Buscaino and his developer allies. The City is enabling abuse on top of abuse.

map 5: among the neediest and most at-risk neighborhoods from pollution

map 6: in the highest category for carcinogenic risk from exposure to air toxins and noxious ultrafine particle concentrations

map 7: having the highest numbers of Childhood Asthma cases in the City of LA.

A USC Annenberg Center for Health Journalism article states: “. . .the intense pollution that emanates from the nation's largest port compromises the health of nearby communities. . . Asthma, sleep deprivation, hypertension, cancer: all have been linked to living near the Port. . .” and cites the disproportionate “burden of disease” in communities like San Pedro.

Nevertheless, the City of LA, which controls the Port, continues to willfully endanger the health of vulnerable San Pedro residents. The LA Times has revealed that in recent years the Port privately rolled back pollution-cutting measures at the China Shipping terminal, failed to meet pollution-reduction requirements at the TraPac terminal, and condoned hundreds of violations of the shore power rules meant to protect communities like San Pedro from toxic ship emissions.

In January the LA Times reported that despite gains a decade ago, progress in fighting air pollution has waned, and cited backsliding and a lack of enforcement by the City. And in August, the Times covered new standards approved by the State Air Resources Board that face fierce opposition from business interests. The backlash has resulted in adding provisions that would allow compliance by funding emissions reduction projects elsewhere. And neither the truck nor ship rules will bring immediate air quality improvements because they do not start taking effect until 2023 or later and take years more to phase in.

The City of LA has systematically degraded the health and quality of life of San Pedro residents, and in turn has devalued properties by expanding Port operations that have polluted the air and destroyed waterways and wetlands. The City's financial interests have been served by keeping the Pacific Corridor community dirty and disenfranchised, so the Port could continue polluting and growing and extracting revenue with relatively few challenges. In 2019, the Port’s annual operating revenue was more than half-a-billion dollars.

Now, the City is incentivizing developers to come in and scoop up the devalued properties and build luxury market rate housing that will displace low-income residents of color in L.A.’s last working-class coastal community. This is a breathtaking example of systemic economic injustice, and it aggravates the already severe environmental injustice in San Pedro.

LA’s politicians and planners rationalize this “displacement and replacement of the poor for profit” by touting the creation of much-needed housing stock, notably Affordable Housing. However, 1309-1331 Pacific Avenue developer Adam O’Neill (Square One Homes) in order to create these few affordable units, the developer alleges that additional incentives beyond what the law allows are required - a 76% bonus for Floor Area Ratio and a 52% bonus for height, both as compared to the standard 35% density bonus. Their demands for these exorbitant concessions, additional entitlements, immunity from Community and Redevelopment Plans, exemption from the California Environmental Quality Act (CEQA), and more, appear to be unconditionally aided by San Pedro’s Councilmember Joe Buscaino, LA City Planners, and the CPC.

The question is why?

Why is more market rate housing being built in a community that can’t afford it? In one recently completed San Pedro development brokered by Square One Homes, with only two affordable units, the twenty market-rate units are for sale or for rent at $3,600/month in a neighborhood where residents’ average annual income is $32,279. The rent is approximately $11,000 more per year than residents’ total income.

Why is more market rate housing being built when there are already hundreds of market-rate apartments sitting empty in San Pedro? As of September 4, there were 492 market-rate vacancies, with more than 800 additional units in development.

Why do developers and our Councilman maintain that market-rate apartments will lure higher income Angelenos to the Pacific Corridor in San Pedro, one of the most environmentally toxic neighborhoods in the City? This is a fallacy: people with the privilege of choice are simply not moving here, evidenced by the hundreds of existing vacancies.

Why has Councilman Buscaino not accepted multiple requests for a meeting with Board Members and Land-Use Committee Chairs of the three San Pedro Neighborhood Councils to discuss the Appeal of the 1309-1331 Pacific project? The three N.C.s all voted to support this Appeal. They are the grassroots level of LA City government. Board Members are public officials elected by the members of their community. The Councilman is not fulfilling his obligation to his constituents.

Why is the City continuing to support an autocratic system of Council-district fiefdoms? This invites corruption and facilitates racketeering by virtually eliminating governmental oversight, to the detriment of LA’s low-income communities. The expanding FBI investigations, indictments, and convictions make this question especially relevant.

Why do our elected officials and agencies like DCP continue to embrace and enable discriminatory gentrification practices, especially given the City’s newly stated goals of justice and equity for communities of color? “Gentrification is rooted in colonialism and white supremacy. It disrupts family ties, uproots communities, and erases the cultural heritage of working- class communities of color. Gentrification has many code words: urban renewal, revitalization, vitality, infrastructure. All entail the accumulation of wealth through dispossessing the poor of their housing and communities (LA Tenants Union).”

The situation in San Pedro, implicitly enabled by City agencies, employees, and Councilman Buscaino, is a textbook case of economic injustice. Coupled with the extreme environmental injustice perpetrated by LA’s Port Operations, the burden is literally unbearable in this community.

NOW IS THE TIME

The PLUM Committee, DCP, and LA City Council now have an historic opportunity to immediately address the overwhelming environmental and economic injustice in San Pedro by curbing the continuing systemic aggression against this unfairly burdened community.

Our elected officials and City employees must summon the strength, conviction, compassion, and integrity to break with a discriminatory history and set community development on a more just course.