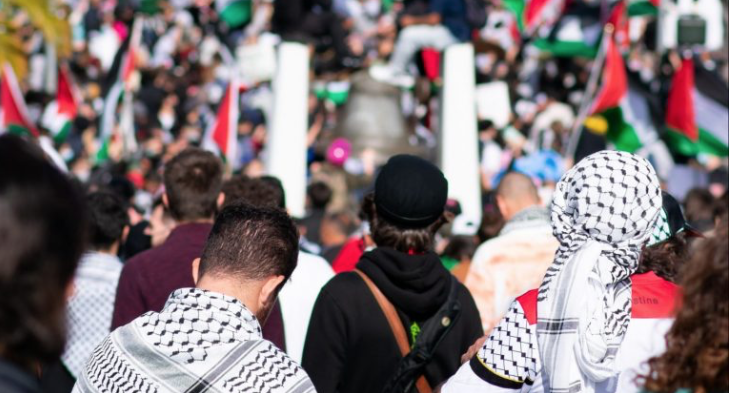 WORLD WATCH - How have Israeli-Palestinian relations changed since the end of the right-wing Netanyahu government?

The short answer: Not much; a right-wing government is still in charge. Though there have been some minor improvements in those relations, the fundamental causes of hostility remain: social and economic injustice, one-sided US support of Israel, and lack of progress on a two-state solution.

On the positive side, the new government since June headed by Prime Minister Naftali Bennett has reopened direct talks with the Palestinian Authority and has eased some restrictions on work and entry of goods in the Gaza Strip.

However, in line with Bennett’s longstanding opposition to Palestinian statehood, and his own settler background, Israeli settlements on land in East Jerusalem claimed by Palestinians are increasing alongside evictions and demolitions of Palestinian homes. Israel’s Higher Planning Council approved plans for the construction of 3,144 new units in 30 settlements, mostly in the West Bank.

Along with nearly 2,000 additional units dating from the Netanyahu era that are under review, the new settlements will make the two-state solution even harder than it already is. Meantime, Settler Violence is increasing, nearly doubling the total of the first half of 2021.

Perhaps most distressing is the Israeli defense ministry’s decision, using a 2016 counter-terrorism law, that classifies six Palestinian human rights groups as “terrorist organizations.” The ministry provided no evidence; after all, it’s secret.

What Evidence Does Show is that these groups are defenders of farmers and women’s rights—and documenters of Israeli Defense Force violations of human rights and possibly war crimes. The terrorist designation allows the Israeli police to seize these groups’ offices and funds, arrest their members, and prevent them from receiving financial support, which mostly comes from Europe. The action is a major blow to Palestinian civil society and to Israel’s Image as a democratic state.

A House of Representatives resolution calls on President Biden and Secretary of State Blinken to “publicly condemn [Israel’s] authoritarian and anti-democratic act of repression . . . ” The Resolution cites a joint statement by Human Rights Watch and Amnesty International that calls the Israeli action ‘‘appalling and unjust’’ and ‘‘an alarming escalation that threatens to shut down the work of Palestine’s most prominent civil society organizations.” Israeli human rights groups and the United Nations have issued similar condemnations. You can imagine how far such statements will go in influencing Tel Aviv’s decision.

International protests of the latest Israeli settlement plan are unlikely to affect Israel’s decision making—no more now than on previous occasions. US aid to Israel continues unconditionally, despite some criticism from Democrats in Congress.

Biden’s support for reopening the US consulate in East Jerusalem to restore relations with the Palestinian Authority is not going to get Israel’s endorsement. We’ll have to see if Biden summons the political courage to go ahead anyway.

Speaking of courage, and terrorism, Israel is now heavily lobbying Biden not to implement a just-imposed ban on US technology sales to the Israeli firm NSO Group, creator of the telephone spy system Pegasus that has been used by governments against political opponents. The Israeli government licenses Pegasus, and it is quite likely that it used the system to spy on the very Palestinian human rights groups it is now putting out of business.

Little to Expect from the Arab States

Biden’s support for a two-state solution is a welcome return to traditional US policy abandoned by Trump, but Arab states have never given the idea more than lip service. Biden seems to be relying, like past US administrations, on regional support such as would pressure Israel.

Maybe he’s banking on the so-called Abraham Accords reached under Trump. That agreement enabled Israel to normalize relations with Bahrain and the United Arab Emirates. But the hope that Saudi Arabia would sign on never materialized. As one Middle East expert Concludes, “the history of the past 30 years teaches us that attempts to link regional and bilateral peacemaking are not likely to work.” She adds:

“Regional diplomatic and economic engagement with Israel has not boosted Israeli-Palestinian peace…..the drivers of these regional agreements have nothing to do with the Palestinians. They are about business, trade, and tourism—and the sharing of intelligence and advanced technologies. . . . [The Arab states] ask very little of Israel on the core issues at the heart of the conflict. There is scant evidence of Arab states using their ties with Israel as leverage to successfully obtain concessions on key issues like Palestinian claims in East Jerusalem or halting Israeli settlements—let alone territorial compromise.”

In short, don’t expect the Saudis or the Emirates to give priority to Palestinian concerns over restoring good relations with the US. Don’t expect Israel to address Gaza’s deplorable human conditions since the air strikes there earlier this year. Don’t expect the US to pressure Israel in any meaningful way on Palestinian statehood, such as by using the annual military aid of nearly $4 billion as leverage.

Finally, don’t expect Israel to rescind its terrorist designation of Palestinian human rights organizations. To all intents and purposes, Israeli policy on Palestine amounts to Netanyahu-ism without Netanyahu.

(Mel Gurtov, syndicated by PeaceVoice, is Professor Emeritus of Political Science at Portland State University and blogs at In The Human Interest. )