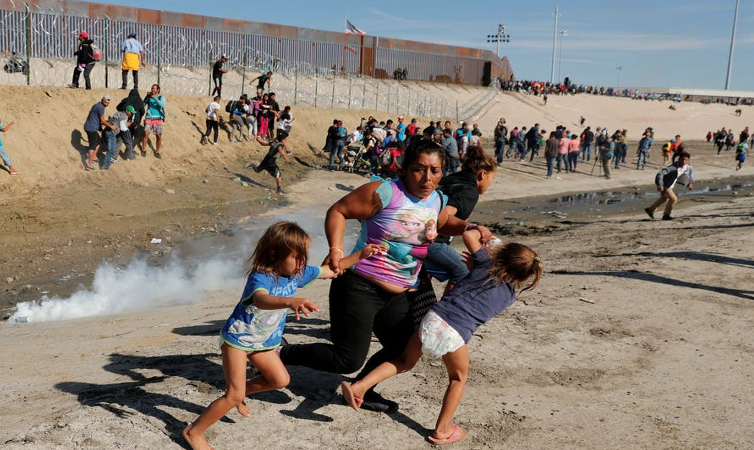 VIEW FROM HERE-While President Trump pouts and plots, and President-elect Biden anticipates and appoints, there is an October news clipping from Sonia Perez of the Associated Press that I have not been able to get out of my head.

Tucked in a small corner on page 6 of the Rochester Democrat and Chronicle, it was a story that got completely buried in the deluge of information that worries most Americans. In her piece, Perez called attention to hundreds of migrants heading to the United States, reporting that they were hoarded on trucks by the army and bused back to Honduras after reaching Poptun, Guatemala. Not surprisingly, the Guatemalan president contended that they were a contagion risk amid the coronavirus pandemic.

To put this misery in statistical terms, the International Organization for Migration's Missing Migrants Project has released data showing that over 3,000 lives have been lost on migratory routes worldwide so far in 2020. And according to a study by the medical charity Doctors Without Borders, more than two-thirds of the migrants fleeing Guatemala, Honduras, and El Salvador experienced the murder, disappearance, or kidnapping of a relative before their departure. This year alone, some 381 men, women, and children lost their lives on the United States-Mexico border.

Although President-elect Biden may not be in a position to do anything of substance on immigration right away, at the very least, what seems clear from his rhetoric and track record as a public servant is that he genuinely cares about what happens to migrants and would want what is best for their families. He does not see them as less than because they are not Americans, and unlike his predecessor, he can impart value to others without needing anything from them in return. Whether that compassion is rooted in his lifelong dedication to politics as exemplified by his hero JFK, his personal experiences with tragedy as a husband and father, or his devotion to God as a practicing Catholic, for Biden, holding public office is not about the art of power and persuasion alone, but the duty to serve with undaunted altruism.

It is about looking out for the interests of those who are not able to defend themselves and being willing to speak out when injustice occurs. For example, regarding immigration policy under President Trump, he has remarked, "It is a moral failing and a national shame when a father and his baby daughter drown seeking our shores. When children are locked away in overcrowded detention centers, and the government keeps them there indefinitely. When our government argues in court against giving those children toothbrushes and soap."

Those may be mere words to some people. But they will mean the difference between life and death to others. With the coming up a Biden administration, the poor and marginalized of the world will have a real chance at being recognized by the United States government. That matters to the moral health of our nation. It matters to the dignity of the human race. It is one reason that his margin of victory in the nationwide popular vote surpassed seven million. By an overwhelming majority, the American people are looking for a leader with a global vision for peace and prosperity. In the words of a favorite Biden poet:

On this side of the grave.

But then, once in a lifetime

Of justice can rise up,

And hope and history rhyme.