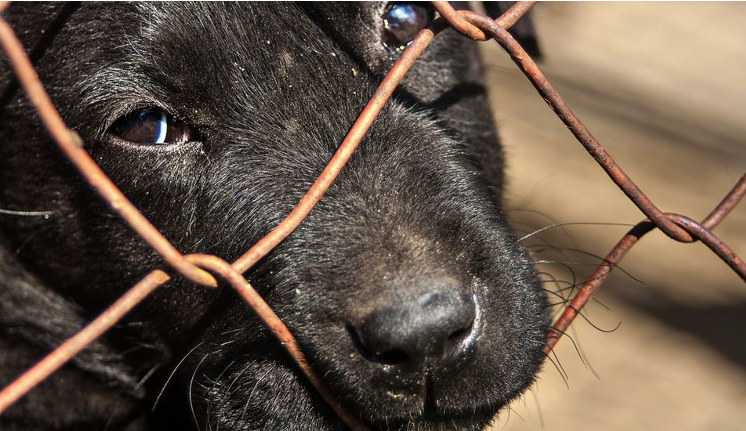 ANIMAL POLITICS--While most of us are hoping and even expecting a happier New Year in 2021, it is certain to be a very unhappy and even tragic year for countless animals in Los Angeles, thanks to LAPD Chief Moore unilaterally disbanding the historic LAPD Animal Cruelty Task Force.

Citing budget cuts as his rationale, he violated an agreement made 18 years ago between the City Attorney, Animal Services and the District Attorney to join forces to create the LA Animal Cruelty Task Force…to investigate and prosecute animal abuse in Los Angeles.

Most people assume that if there’s a law it will be enforced. Nothing could be further from the truth, especially with animal cruelty laws.  Before the Task Force had been formed, there were few if any prosecutions of animal abuse in Los Angeles. The dog that starved to death, the cat that died a slow death for lack of veterinary care, the owner who beat his dog to death, the neighborhood cats being poisoned…all went uninvestigated…or if the offender was caught, they were given only a verbal warning. Yes…a warning for letting an animal needlessly suffer. Animal control justified this claiming that prosecutors rarely if ever filed charges so why waste time on a proper investigation.  Statistical research, in fact, showed this to be true. Prosecutors, on the other hand, claimed that the animal control officers didn’t know how to do a proper investigation so a prosecution would be a waste of time.  Each blamed the other…while LAPD asserted that animal abuse was not a police matter, even though dogfighting, cockfighting and other violent animal abuse crimes (e.g., poisoning, beatings, torture) require the resources only a police department has.

As a senior LA City prosecutor, I was acutely aware of how few cases ever came across our desk. Yet, as a rescuer I knew of hundreds of acts of abuse that had been reported to Animal Control and LAPD…none of which had been investigated (although people were typically told it would be investigated).

Determined to change this, I successfully founded and supervised the new City Attorney Animal Protection Unit, becoming the first full-time animal cruelty prosecutor in the nation. But I was a prosecutor without cases.  Many animal control officers and cops were eager to investigate but they had neither the time nor resources to do the job. They appreciated my efforts, but it would have to be a low priority after they complete their other duties…which of course never happened. I was a special prosecutor without cases to take to court could be prosecuted in court.

I never realized how bad the situation was until some 18 years ago when an informant called me with the time and location of a scheduled dog fight. She had already called LAPD and Animal control, but neither would do anything. I found that hard to believe considering it’s a straight felony. So, I called my friends in Animal Services, only to be told that dog and cockfighting was too dangerous for animal control officers to handle, reminding me that these perpetrators were often violent persons with criminal records, had outstanding warrants for crimes of violence and were often armed and dangerous. Animal control officers weren’t armed or in any way able to respond to these crimes. They referred me to LAPD. I called my “connections” in LAPD in the Chief’s office, only to be told that they also didn’t handle it. It was a job for animal control, even after I explained why that wasn’t possible. I was in disbelief. An entire category of felony crimes was occurring in Los Angeles and nobody in law enforcement was claiming responsibility to enforce the laws. Not one single cop or animal control officer in the second largest city in the country.

My mission was clear.  L.A. needed specially assigned cops and animal control officers whose sole responsibility was investigating animal abuse. They would be insulated from other duties, get special training and develop the expertise needed to hold accountable those that commit unspeakable acts of cruelty to animals.

Initially the Council expressed little interest in even a single cop...budgetary reasons. But then in Council chambers I showed graphic images of the maimed and tortured dogs forced to fight, the pictures of family pets stolen to be torn apart to “train” the fighting dogs, testimonials about inner-city children witnessing bloody fighting dogs and roosters, animals bleeding to death in the streets while police cars drive past.  I also reminded the Council of research proving that people who hurt animals also hurt people.  I concluded by reading from the LAPD and Animal Control manuals which denied responsibility for enforcing felony animal cruelty laws and declared that Los Angeles had literally legalized animal cruelty.  I begged for a single animal cruelty cop…to my surprise the Council quickly and unanimously funded LAPD for not one but two detectives…and that was the beginning of the famous LAPD Animal Cruelty Unit.  Shortly thereafter LAPD, the City Attorney, District Attorney and Animal Control entered into a formal agreement (MOU) that we would work together as a team to focus on all aspects of animal cruelty, from training, investigations and prosecutions, thus forming the history-making LA Animal Cruelty Task Force, the only one of its kind in the nation.

Over the years, The Task Force investigated and prosecuted hundreds of cases of animal abuse that otherwise would have been ignored. For the first time abusers were held accountable by specially trained police and prosecutors in both the DA and City Attorney’s Offices.  Although judges initially resisted saying they had more important cases involving human victims, by showing judges the demonstrated link between animal abuse and violence against people, especially victims unable to protect themselves such as children, battered women and the elderly, and the fact that LAPD now formally acknowledged animal abuse as a real crime, the judges understood that you didn’t even have to like animals or have a pet to care about animal abuse. Instead of warnings or a fine, defendants who abused animals were now facing jail and prohibitions against being near animals again. The graphic photos in my cases were so disturbing albeit convincing that the court clerks even forced me to seal the evidence pictures so they wouldn’t have to look at them. That’s just what I wanted to hear. And thanks to the commitment by D.A. Steve Cooley, cases that would otherwise have been charged as misdemeanors were now properly being charged as felonies, with the possibility now of state prison.

Soon cities around the country began modeling our Task Force and police departments nationwide began to recognize animal abuse as a police matter thanks to our efforts. Although the cost of funding the Task Force was relativity small, the rewards were huge, both in the numbers of people arrested, prosecuted and convicted. The Task Force showed little mercy for intentional abuse but compassion with firmness for those whose neglect was from ignorance or lack of resources.  Los Angeles had become a national model for combating animal abuse and neglect.  No matter what the economic situation, no matter what budget cuts there were, no matter what other crimes were getting more attention, the “untouchable” Animal Cruelty Task Force ensured that those who hurt animals would be held accountable.

What Chief Moore fails to understand is that specialized units like the Cruelty Task Force are necessary because there will always be efforts to pull these resources away for other tasks. There will always be budget cuts, always efforts to move resources from those who are protecting the victims who can least protect themselves.   Only an insulated “untouchable” special unit like the Cruelty task Force ensures these voiceless victims are protected and the abusers held accountable.  Instead of disbanding it during these tough economic times, the Chief should be reasserting their need to remain intact and continue investigating animal abuse no matter how bad his budget suffers.   And with a force of over 10,000 police officers, the amount saved by disbanding this small unit is infinitesimal and will do nothing to repair the Chief’s budget. Instead, it sends a dangerous message that violence in Los Angeles against those least able to defend themselves will continue without consequences. The Chief may respond that his regular officers will still handle animal cruelty, but I assure this this will not happen. The regular officers and detectives cannot and will not for all the reasons stated above. Only a dedicated Unit can and will.

All the successful efforts in the past two decades to demonstrate LA’s commitment to combat animal cruelty have been undone in a single unilateral statement by our police chief who has determined that special victims like animals no longer deserve police protection. And as Steve Cooley recently remarked, when you now call the police to report dogs fighting each in front of neighborhood children, birds tearing themselves apart in a backyard cockfight with families looking on, family cats being poisoned and neighborhood dogs being beaten to death…LAPD and the City’s response is now “Sorry, we don’t do that anymore.”