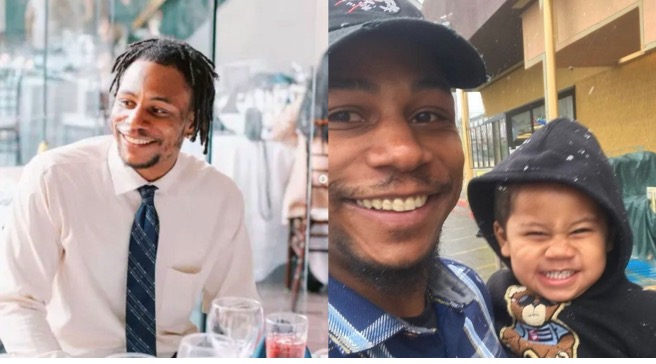 THE VIEW FROM HERE - Whenever there is an incident, the law has an established methodology to analyze the situation.  The procedure is (1) Facts (2) Issues (3) Rules (4) Analysis (5) Conclusions

Of the four stages, the last one, Conclusions, is least important from an analytical perspective, but the conclusion phase is the most important for the public. In fact, rushes to judgment occur when people jump from a few facts to a conclusion.  When an incident results in a trial, the conclusion is left up to the trier of fact, be it a judge or a jury.  Nonetheless, people who are promoting a political agenda often start with their desired conclusion and demand that everyone adopt their viewpoint.

Some Incidents Are Simple with No Dispute

Jason Reedy’s December 9, 2022 physical attack on councilmember Kevin de Leon is an example of a simple incident where there is no reasonable basis for dispute about the conclusion that Jason Reedy battered the councilmember. The video showed Reedy and his followers getting in de Leon’s face and shouting at him at a children’s Christmas party and pursuing de Leon as he avoided a confrontation by leaving the party, but Reedy managed to get ahead of de Leon, block his exit and then head butt de Leon. De Leon then grabbed Reedy by the jacket, placed him on a table, turned him over and then shoved Reedy towards the door.  Thereafter, Reedy allegedly made a false police report that de Leon had attacked him, but someone forced the entire video tape be shown.  There is no dispute of the facts; only continued misrepresentations falsely asserting that de Leon attacked Reedy.  To this date, Jason Reedy has not been arrested for his political violence.  In contrast, Mexican councilmembers who discuss re-districting which is part of their duties under the City Charter are still subject to lies about being anti-Black and holding an illegal meeting on re-districting.  Thus, Angelenos are placed in bewildering situation. Councilmembers who have done nothing wrong are harassed, threatened, and attacked, but the Jason Reedy faces no repercussions for his videoed criminal behavior.  In almost two months, Mayor Bass has failed to speak out against political violence. 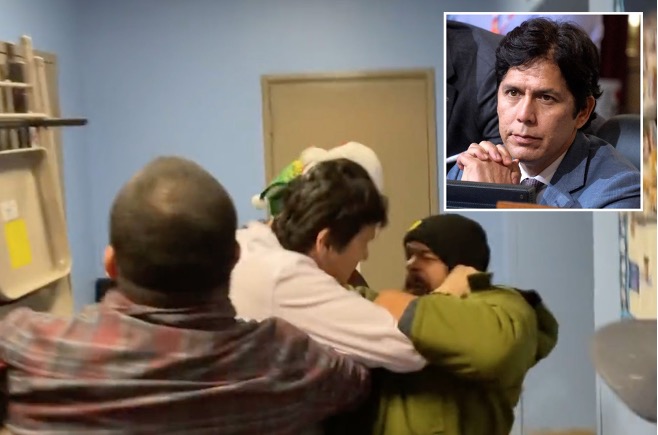 Facts – based on LAPD Video: https://bit.ly/3GRVHBr

Anderson flags down a motorcycle officer @4:15. Someone tells the officer that Anderson was the driver of the car in the accident @4:45.  The officer tells Anderson to “get off to the side here” @4.50, pointing to the sidewalk. Anderson complies, saying “someone is trying to kill me.”  Anderson appears clean cut and neatly dressed, but his mood is agitated.  The officer suspects that Anderson is DUI and calls for back up @5:23. Anderson follows the officer’s direction to sit on the ground Indian style @5:50. Anderson is not making sense talking about people try to kill him and something about a “stunt.”  Anderson shows no animosity to the officer.

The LAPD video is blank for about 7 minutes while Anderson is allegedly sitting on the side walk, but it begins again when Anderson gets up and starts going in the road and the officer says, “Come here, I don’t want you in the road”  @6:48. When Anderson starts running in traffic @6:53, the officer follows on his cycle.  Officer catches up with Anderson orders him to get down and turn over on his stomach “now,” and Anderson is semi-compliant @7:20. Other officers arrive and as Anderson starts to get up, a number of officers physically restrain him @7:31.

The balance of the videos show officers’ trying to handcuff Anderson and   repeatedly tasing him. “Turn over or I’m going to tase you” @8:20.  “I’m gonna tase him, I’ gonna tase him” @ 9:59, “I’m gonna tase him, I gonna tase him” @10:09. Anderson is tased @10:11.  Anderson is constantly tased until 10:38.  Tasing starts again @10:52 although Anderson appears fully restrained. Second round of tasing lasts until 10:58.  Video does not show any additional tasing although it shows the same events from other officer cameras. Eventually, the paramedics load Anderson on to a stretch and take him to the hospital.  Four or five of the officers appear to be Black and/or mixed race. About four hours later at the hospital, Anderson dies.

The video raises more issues than one can enumerate right now, but the overriding issue is whether the tasing was an actual and proximate cause of Anderson’s death.

Because of the four hour lapse between the tasing and the death, there are subquestions:  Was the manner of tasing appropriate?

“Complications related to the brain or nervous system are rare, but do occur, including loss of consciousness, seizures, abnormal brain activity and confusion. This is more likely to occur if a subject is shot at a close distance or directly to the head, which is not usually the case since those are not the recommended targets.”   May 29, 2018  ABC News, How Getting Struck by a Taser Affects the Human Body, by Sima Patel. As the video shows, the taser was placed against Anderson and pressed into him for an extended period of time.  This “drive-stun” mode is for “pain-compliance” which has a lesser quantum of force than when using the probes (taser at a distance).  However, as lay people, we need expert opinions about proper use of taser and exactly what are the likely medical ramifications from a taser administered to the body (drive-stun).

Another question is whether the paramedics or the hospital administered any drugs, e.g. Haldol.  It is possible that the cause of death was medical malpractice by administering contraindicated drugs after a tasing or when the patient has cocaine metabolite in his system.  Any decent attorney can envision many additional issues which must be answered before anyone can draw valid conclusions as to the cause of Keenan Anderson’s death.

The Role of Experts

As this point, it is clear that experts must be consulted. Experts are individuals who by education, training and experience may offer opinion testimony which may help the trier or fact in their deliberations.  The Anderson case will need experts in police use of force, experts in use of tasers, and experts in medical implications of the type tasing administered to Anderson.  Will experts testify that LAPD’s taser protocol is outdated and officers were not properly trained?

Long before any case concerning Keenan Anderson’s death reaches a jury, the family, the city and many interested parties will be seeking out experts to provide information which the average person does not know. Experts often disagree with each other.  Nonetheless, people will fill the lack of expert opinions at the present time with their own ideas about use of force and the cause of Anderson’s death.

Candidate Bass jumped on bandwagon of the character assassination of Kevin de Leon and never disembarked.  As mayor, she condoned by silence Reedy’s political violence. How will she respond to her allies’ rush to judgment to call LAPD officers “murderers”?  Having been silent when she had a duty to speak, Mayor Bass now runs the risk that anything she says will later be characterized as prejudicing the jury?

(Richard Lee Abrams has been an attorney, a Realtor and community relations consultant as well as a CityWatch contributor. His opinions do not necessarily reflect those of CityWatchLA.com.  You may email him at [email protected])