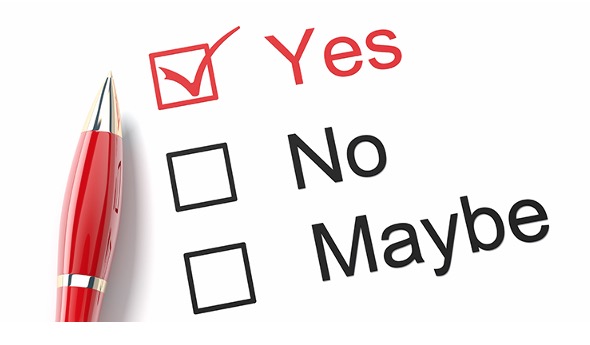 RantZ and RaveZ - I hope you enjoyed Thanksgiving and are preparing for the December holidays as we move toward the end of 2022 and onto a Happy 2023.

Citizens all around America recently cast their votes for the candidates they were supporting to lead the country, state, and our City of the Angels in the years ahead.  Sufficient votes have been counted in Los Angeles County to determine who will represent the coveted elected positions in the many public offices.  Congratulations to Mayor elect Karen Bass and the host of other Los Angeles City winners.  I also include the newest member of the L.A. County Board of Supervisors Lindsey Horvath who defeated Bob Hertzberg and will represent large portions of Los Angeles County including the San Fernando Valley.

It is interesting that retiring 8-year L.A. County Supervisor Sheila Kuehl will not be missed in the San Fernando Valley since her visits to the Valley were so rare and infrequent and she never supported business activities associated with of the West Valley Warner Center Chamber of Commerce.

Good or Bad, Agree or Disagree the future for America and Los Angeles politics has been decided by the majority vote of the people and we will live with that vote as we move forward.  While some question the vote by mail process and believe it may be tainted with corruption, it is what we must deal with at this time.

Will we be voting via our computers in the future?  Just sit there at your desk and vote for the President, Senators, and Mayors from the convenience of your home or office?  Only the future knows if that will happen.  Talk about the possibility of fraud entering the political process with that very convenient voting system!

I previously presented my researched recommendations on the selection of candidates and propositions for the various matters listed on the Ballot for your consideration.  While many of the more refined voters followed my suggestions, others less informed decided to vote for other candidates.  We will move forward as a society with the results and hope for better days ahead for all.

We can save millions of dollars and put that money to better use by eliminating or modifying the Los Angeles City Ethics Commission with a budget of $6.55 Million Dollars.  A commission that was established to keep Los Angeles Officials and City Employees honest.  It has done a terrible job enforcing ethics laws in Los Angeles and should be put to rest.  Just examine the facts:

Why has the FBI visited Los Angeles City Hall a number of times and presented allegations of illegal activity under the RICO Act.  (Racketeer Influenced and Corrupt Organizations Act) by local elected officials.  Councilmembers Mitchell Englander, Jose Huizar and the most recent Indictment against Mark Ridley Thomas.  Additional illegal activity has been discovered at the DWP as well as other city departments.  The Ethics Commission has been silent on the corruption at City Hall and goes along their happy way doing little for the millions spent by that Commission.

The Bass vs Caruso campaign for Mayor.

Karen Bass will become the Honorable Mayor of Los Angeles on December 12, 2022.  She enters a City Hall that has been rocked with many distracting issues in recent months and years.  Unethical actions and meetings with certain councilmembers including the former Council President.  Hopefully Mayor Elect Bass can bring a new direction to L.A. City Hall and all regions of Los Angeles.

The most pressing item on the mayor’s list of things to do is establishing a staff for operations.  There are many operations in the office of the mayor and qualified personnel need to be hired for each of the administrative positions.  If you believe you are qualified for a position, you should apply since the clock is ticking.

I know from my 12 years as a member of the Los Angeles City Council that a dedicated staff is very important if you want to do a good job representing the people of your community and beyond.  Mayor Elect Bass will be responsible for not only running the operations at city hall, but the many neighborhoods throughout Los Angeles as well as establishing relationships with the council offices, departments, the business community and host of other city and community operations.

Mayor Elect Bass has her hands full with everything that needs to be accomplished in a matter of around two weeks.  I am sure the Billions in the city budget will be moved around as usual.

The 2022-2023 L.A. City budget is close to 12 billion Dollars.  That does not include Federal and other funds that find their way to Los Angeles as the months pass.

Mayor Elect Bass has promised to declare a State of Emergency for the homeless in Los Angeles on her first day in office.  We will see exactly what the State of Emergency does to remedy the ever-increasing  homeless population occupying sidewalks and other public places throughout the city.  I suggest you make a list of the homeless camps in your neighborhood then see what impact the State of Emergency has on them.  I will be happy to publish your list if you wish to complete it.  We will need the date and time of your most recent inspection and what happens following Mayor Elect Bass taking office.  If you choose to do this, please make sure you don’t upset any of the homeless population and become the victim of a crime.  I will be preparing my list and publishing it in the near future.

More to come on the new Progressive/Socialist city council in my next edition of RantZ and RaveZ.

(Dennis P.  Zine is the author of RantZ and RaveZ.  The column is published twice a month to enlighten readers on issues impacting Los Angeles and America.  Dennis is a 54 - year active member of law enforcement and a retired elected official.)