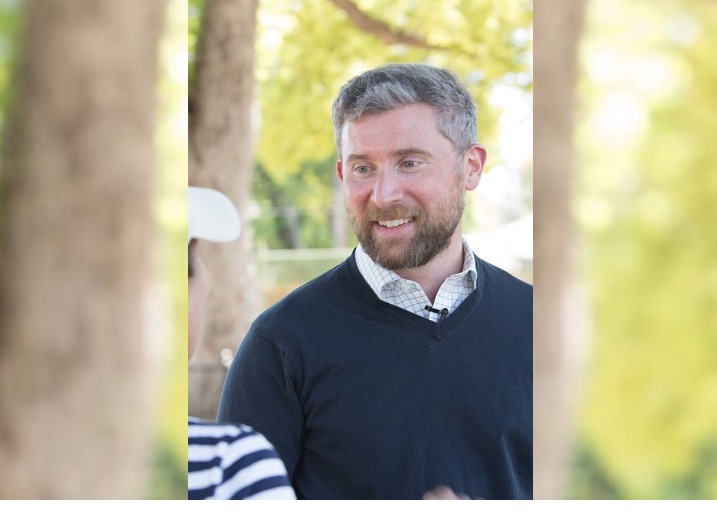 DEEGAN ON LA—A change in climates—not only in the atmosphere, but also in the land use and housing dockets—are highlights of candidate Louis Abramson in his State Assembly campaign.

He’s an astrophysicist who entered politics after the 2016 election when he began volunteering for California Democrats as a door-to-door canvasser. He says that experience gave him an earful of what concerns voters, and it inspired him to run for public office.

He’s running for the 51st State Assembly District seat (AD51) that extends from Santa Monica to Griffith Park, including the cities of Santa Monica, Beverly Hills and West Hollywood. Before redistricting, some of the district was represented by the termed-out Richard Bloom.

Atmospheric climate change is a topic that his scientific background uniquely qualifies him to be a leader on. The environment for shifting housing and land use decisions from local to state oversight is also top of mind for him.

Abramson’s approach to climate change focuses on housing. He says that “According to UC Berkeley, infill housing and reducing vehicle miles traveled will reduce our climate impact more than just switching to electric cars. The route to climate change objectives runs through land use reform. It is a core component to enable this district to reach its societal values.”

Echoing an objective of the  progressive left in LA politics, Abramson wants to remove politicos from all permitting processes so, he says, “that it doesn’t take over ten years to complete some projects. This will eliminate corruption and make it cheaper to build housing of all kinds and let us either lower rents, or add more affordable units to each new building”.

One way to do this is enforcement of Senate Bills 9 and 10 that were recently signed into law by Governor Newsom. It’s a hot-button for many on both sides of the issue. It’s “by right” provision eliminates local input from either politicos or communities. For example, no environmental impact report would be needed.

Louis embraces the implementation of these two bills that were recently enacted into law. His take is that “The job of government is to be affirmative. SB 9 is the most controversial of the pair of bills, but I support it because it’s projected to lead to 700,000 new homes toward Newsom’s goal, accelerating our progress by 7 years.”

He further explains that “We should try to minimize barriers to reaching Governor Newsom’s goal of 3.5 million new homes by 2025. We build 100,000 units annually. At this rate, we will hit that goal closer to 2050. We need to move faster than that”.

Abramson is not new to the community engagement of NIMBY blowback and YIMBY advocacy (“not” and “yes” in my back yard respectively) which are often the opposing forces in land use planning. He chairs the Outreach and Homelessness Committees as a board member of the Central Hollywood Neighborhood Council. His NC board duties give him a front row seat to the contentious subject of housing. Heavily developed Hollywood is an epicenter of land use battles.

The paradigm shift of Sacramento, not City Hall, calling the housing shots came with Senate Bills 9 and 10.

When the new law becomes effective on January 1, developers can tear down a single family house and construct two new homes, and also add two additional dwelling units (ADU) colloquially known as “granny flats”. So, what had been a lot with a single house on it could now have four housing units with potentially four different tenants. That form of density—a four-plex replacing a single family home—is driving homeowners crazy while abundant housing advocates smile.

Many neighborhoods with prevailing and charming Spanish architecture—a signature LA icon—may be replaced by what detractors could say are modernistic and characterless boxes. But, argue supporters, more people will be housed.

The NIMBY blowback has been so intense, and the YIMBY advocacy so strong, that there’s a plan for a ballot initiative to let voters have the final say. Formerly called “Californians for Community Planning” but now changed to “Stop the Sacramento Land Grab”, its goal is to repeal the law. Initiative supporters are planning to have it on the 2024 ballot. Not enough signatures were collected to place the question on the 2022 ballot.

Abramson expresses where he stands on the initiative when he says that “I do not support the ‘Sacramento land grab’ initiative (formerly ACA7). We need to try to solve housing on all levels, including the state. Forcing us to face this crisis as 539 separate cities and counties will not help us make CA affordable, sustainable, and livable. The state must be able to act to achieve our shared ambitions.”

The two years between January 1, 2023 and November 5, 2024, the dates the law takes effect and election day, give developers 23 months to take advantage of Senate Bills 9 and 10. Whole neighborhoods can be transformed in that span of time.

Many people may like his approach to expanding housing through density. Others will have the option of signing the “land grab” petition.