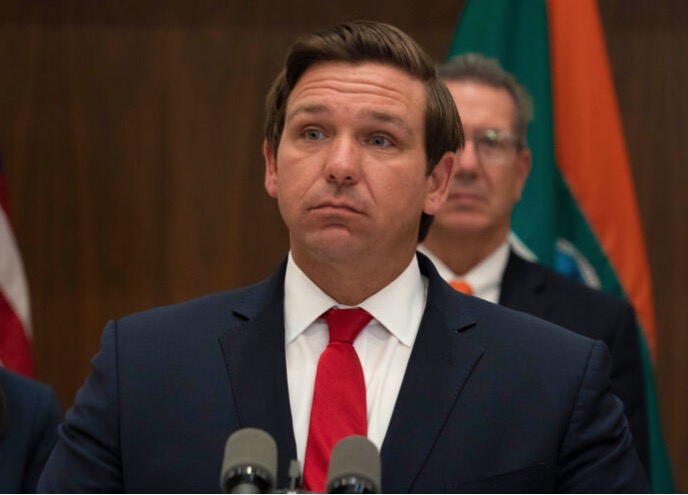 CONSERVATIVE POLITICS - The office of Florida Gov. DeSantis (R) has confirmed that the anti-LGBTQ+ governor is supportive of extending the stipulations of the state’s Don’t Say Gay law – known formally as the Parental Rights in Education Act.

Right now, the law bans discussions of sexual orientation and gender identity up to third grade, and a staffer for the state’s Senate President Kathleen Passidomo (R) told The Daily Mail that lawmakers are thinking about introducing legislation to expand the law up to sixth grade.

In a press conference in December, Passidomo expanded on this, saying that she doesn’t think she’d “be supportive of high school because kids in high school are, hopefully, a little more mature, or at least they should be, but you know, the middle school, maybe go up to 6th grade or something like that.”

DeSantis Press Secretary Bryan Griffin then said that “The governor would certainly consider the merits of such a bill in final form if it comes to his desk as a product of the forthcoming legislation session.”

Griffin said DeSantis often expresses his belief that “the purpose of our education system is to educate kids, not indoctrinate kids.”

In addition to banning classroom instruction on LGBTQ+ issues up to third grade, the law as it currently stands also requires in vague terms that discussions on the topic in older grades be “developmentally appropriate.”

Instead of defining those terms, the bill allows parents to sue schools if they believe the law was violated.

DeSantis’s support for increasing the age range for the Don’t Say Gay law is not a surprise, as he has made it clear he is virulently opposed to protecting LGBTQ+ students.

In December, it was revealed that DeSantis helped members of the anti-LGBTQ+ group Moms for Liberty get elected to local school boards in his state.

An educational anti-censorship expert says this development is part of DeSantis’ plan to shift his state’s schools toward a conservative ideology. With Moms for Liberty in control, curricula will exclude LGBTQ+-inclusive and anti-racist education.

And more recently, DeSantis appointed the far-right anti-LGBTQ+ activist Christopher Rufo to the board of trustees of the New College of Florida – a school with a reputation for being progressive and queer-friendly.

Rufo told the New York Times the board is planning a “top-down restructuring” of the school that will involve designing “a new core curriculum from scratch.”

“If we can take this high-risk, high-reward gambit and turn it into a victory,” he said, “we’re going to see conservative state legislators starting to reconquer public institutions all over the United States.”

(Molly Sprayregen is a queer writer. Her work can be found in Out Magazine, Them, Into Magazine, The Associated Press, LGBTQ Nation, Roxane Gay's Gay Magazine, and more. More info at MollySpray.com.  This story was featured in LGBTQNATION.com)