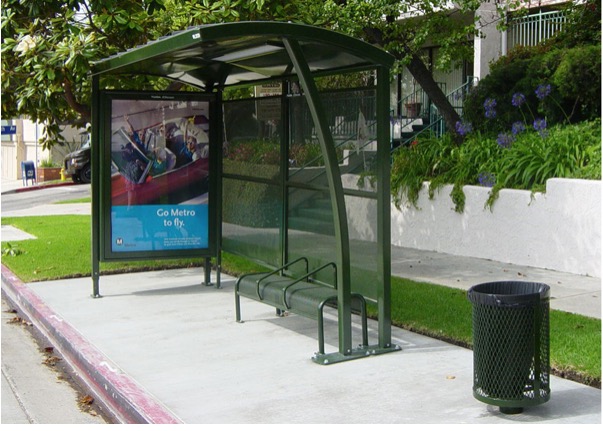 LA WATCHDOG - In September, as part of the City’s Sidewalk and Transit Amenities Program (“STAP”), the Los Angeles City Council approved a ten year contract with Tranzito-Vector where T-V has the right to sell advertising on almost 700 bus shelters in exchange for installing and maintaining 3,000 bus structures in all of the City’s fifteen Council Districts. The purpose of STAP is to provide shade and shelter to Metro’s bus riders, most of whom of low-income Angelenos.

As part of this deal, the City agreed to fund all the related capital expenditures which were expected to be $237 million.  In return, the City would receive 60.5% of all advertising revenues. Over the next ten years, the City anticipates receiving up to $150 million after the repayment of the capital expenditures IF the program performs as expected.

Subsequent to approving the contract, the capital expenditure program increased by almost 50% to over $350 million because of the need to repair the surrounding sidewalks. At the same time, the revenue participation did not increase and remains at 60.5%.  These additional capital expenditures will eliminate a significant portion of the above mentioned $150 million “profit.”

There are many moving parts involving STAP, resulting in numerous questions that need to be answered in a clear and concise manner.

The first and most obvious question is why is this bus related program the responsibility of the City and not the Metropolitan Transportation Authority?  After all, Metro is charged with operating the bus transit system in the County and has indicated in the past that it is responsible for bus shelters.

This is classic example of Mission Creep (a term used by Paul Krekorian from time to time when he was chair of the Budget and Finance Committee) where the City Council wants to expand its reach into areas that are not part of its mission.

There are also questions about the overly optimistic revenue projections that were used to entice the City to approve this new contract with Tranzito-Vector, a newly formed entity with no discernible track record.  According to Outfront Decaux, the current operator of the bus shelter program, the City’s ten year projections are almost $200 million (43%) more than those of Outfront Decaux.  There are also questions as to whether Tranzito-Vector will be able to use the existing shelters that are controlled by Outfront Decaux.

How does the City intend to finance the capital expenditure program of more than $350 million?  Will the cash strapped General Fund be the source of funds? Will it raid the Public Works Trust Fund or other special funds? Will the City use the funds from the Willits settle to fund the sidewalk repair, neglecting the rest of the City’s cracked sidewalks? Will the program be self-sustaining? Or will the City rely on outside sources of capital?

Will the City continue to divert half of the surplus revenue to the Councilmembers already ample discretionary slush funds?  Or will the excess funds be used for a worthwhile purchase such as repairing our streets, sidewalks, and parks?

There are also major issues involving the percentage participation, digital advertising, urban blight, driver safety, and digital privacy that must be addressed before implementing this program.

While there is a need for bus shelters, this is not the responsibility of the City. Rather, it is time for Metro and its Board, including Mayor Karen Bass, to assume the responsibility and use part of its $8 billion budget to fund the Sidewalk and Transit Amenities Program.