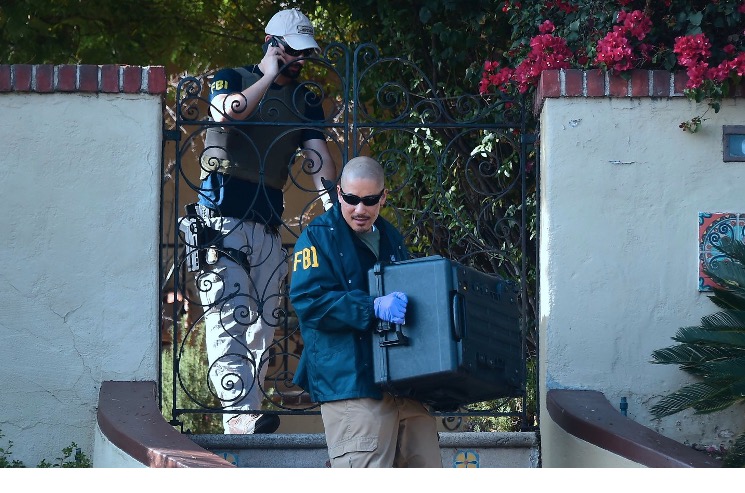 LA WATCHDOG - The FBI raided the offices and home of Councilman Jose Huizar over 3½ years ago, but nothing has been done to curb the corruption associated with the City’s land use policies.

Two years ago, in May of 2020, Councilmen David Ryu and Paul Koretz introduced a motion, Limiting Unilateral Influence in Development Decisions, calling for “a ballot measure on the November 2020 election ballot to remove Subsection (e) of Section 245 of the City Charter to eliminate the ability for the City Council to overwrite the actions of planning commissions and instead align the City Council’s oversight of planning commission decisions with the authority and process in place for all other city commissions.”

To date, there has not even been a public discussion on this anti-corruption motion.

However, corruption is once again making the news now that David Lee (aka Dae Yong Lee) is on trial on bribery charges related to his payment of $500,000 to Huizar to facilitate the development of his high-rise apartment building at Olympic and Hill.  As part of his testimony, George Esparza, an aide to Huizar who has already pleaded guilty to federal racketeering charges, outlined Huizar’s pay-to-play schemes, including Huizar’s spread sheets and his call to “hit these guys up.”

We can also expect more testimony that will reveal the unsavory details involving corruption at City Hall and the refusal of our elected officials to stop this abuse of power.

How can Nury Martinez and her fellow members of the City Council ignore this blatant corruption? How can they sit on their hands and do nothing?  Or are they also “milking” the cow.

There will also be the October trial of Shenzhen New World I in October followed by Huizar’s trial in February, both of which will be sideshows.

But what can we do to influence Council President Nury Martinez and the City Council to place a measure on the ballot to eliminate Section 245 (e) of the City Charter?  Will Nury and the gang continue to ignore calls for reform?  Most likely.

But Angelenos do have some leverage, especially when it comes to approving a ballot measure that involves the ultimate aphrodisiac for politicians.  And that is cash!

The City Council has placed on the November ballot a measure that will raise between $600 million and $1.1 billion for affordable housing by taxing real estate transactions that are over $5 million.  While this so called Mansion Tax or Flip Tax is ill-conceived because of its adverse impact on private development, the threat that we will vote NO may be an incentive for the City Council to place a measure on the ballot to delete Section 245 (e), eliminating a major source of corruption in our City.

NO reform earns a NO vote on the Flip Tax.

(c)   Effect of Veto. An action vetoed by the Council shall be remanded to the originating board, which board shall have the authority it originally held to take action on the matter.

(d)   Exempt Actions. The following actions are exempt from Council review under this section:

(1)   actions of the Ethics Commission;

(2)   actions of the Board of Fire and Police Pension Commissioners;

(3)   actions of the Board of Administration for Los Angeles City Employees Retirement System;

(4)   actions of the Board of Administration of Water and Power Employees Retirement Plan;

(5)   quasi-judicial personnel decisions of the Board of Civil Service Commissioners;

(6)   actions of a board organized under authority of the Meyers-Milias Brown Act for administration of employer-employee relations;

(7)   individual personnel decisions of boards of commissioners other than the Board of Police Commissioners; and

(8)   actions which are subject to appeal or review by the Council pursuant to other provisions of the Charter, ordinance or other applicable law.