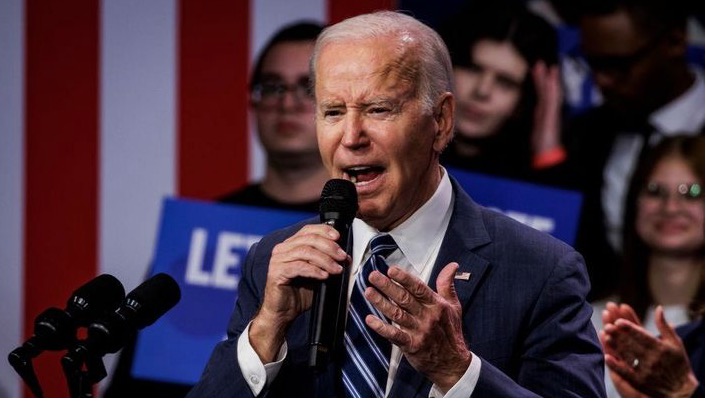 GUEST COMMENTARY - Reports that Justice Department investigators on Friday seized more than a half-dozen documents, some of them classified, from President Biden’s residence in Wilmington, Delaware — including documents from his time as a senator and others from his time as vice president — have shaken Washington, worrying some Democrats about Biden’s viability as a candidate in 2024.

The imminent departure of Ron Klain, Biden’s chief of staff, is also being read as a sign that Biden and his administration are turning a corner — reviving questions about whether our 80-year-old president should run again.

But the discussion about Biden’s reelection conflates five different questions. Reporters, pollsters, and pundits continue to confuse them. A clear-eyed view requires that the five be addressed separately. Herewith:

(1) Has Biden done a good job so far? My answer is by and large, yes. He wasn’t able to achieve nearly everything he aimed for when Democrats controlled both houses of Congress, but Democrats held only a razor’s edge majority against an increasingly rabid GOP, and Senators Joe Manchin and Kyrsten Sinema put up additional roadblocks. Biden’s accomplishments on the economy, climate, infrastructure, and defending democracy have been significant nonetheless — far more significant than his lapses on withdrawing from Afghanistan and mistakenly keeping some classified documents. While not a stirring speaker or a charismatic public presence, he has shown steadiness and resolve. And he has staffed his administration with highly capable and dedicated people.

(2) Should he run again if he wants to? Almost certainly. Unless a president commits such heinous acts in the first term that their party can’t possibly support their reelection, an incumbent president always has the prerogative of running for a second term. Of course, there’s no guarantee that they’ll get a free pass for the nomination (recall Senators Eugene McCarthy’s and Bobby Kennedy’s assaults on LBJ and Teddy Kennedy’s bid against Jimmy Carter). But I don’t see a serious Democratic opponent on the horizon. Biden should have a straight shot.

(3) If not Biden, who else? This is a trick question, because as long as Biden says he’ll be the Democratic nominee, other highly qualified Democrats are unlikely to identify themselves. There’s still time for them to do so if Biden steps aside. Two years before they were elected president, few people had heard of Bill Clinton or Jimmy Carter. But unless Biden announces within the next six months or so that he won’t be running again, it will be difficult for potentially attractive Democratic candidates to gain enough traction to have a good chance in 2024.

(4) Will Biden be the best candidate to beat Trump or whomever else Republicans are likely to nominate, given his age? This is a very tough call. Last year a New York Times/Siena College poll showed nearly two-thirds of Democrats didn’t want Biden to run again, and concerns about his age ranked at the top of the list. Younger people were even more adamant that Biden is too old. To be sure, he’s beaten Trump once, which would suggest he can do it again. And a sitting president has many advantages over a non-incumbent. But Trump will almost certainly frame the election just as Trump frames everything else — strength versus weakness — and will use Biden’s age against him (even though Trump is only four years younger). If the Republicans put up a younger candidate, the age issue will loom even larger.

(5) Would he be a capable leader of the United States when he’s in his mid-80s? I’ve had the privilege of working with four presidents, and I can tell you from my experience and observation that the job of the American presidency is physically and mentally grueling, even for people in their 40s, 50s, and 60s. If reelected, Biden would be 86 at the end of his second term (assuming he made it through to the end). That’s deeply worrying, given what we know about the natural decline of the human brain and body. This isn’t an “ageist” prejudice against those who have reached such withering heights so much as an understanding that people in their mid-80s do wither.

But don’t take my word for it. In the months ahead, each of these five questions needs to be thoroughly debated.

(Robert Reich, is the Chancellor's Professor of Public Policy at the University of California, Berkeley, and a senior fellow at the Blum Center for Developing Economies. He served as secretary of labor in the Clinton administration, for which Time magazine named him one of the 10 most effective cabinet secretaries of the twentieth century. His book include: "Aftershock" (2011), "The Work of Nations" (1992), "Beyond Outrage" (2012) and, "Saving Capitalism" (2016). He is also a founding editor of The American Prospect magazine, former chairman of Common Cause, a member of the American Academy of Arts and Sciences, and co-creator of the award-winning documentary, "Inequality For All." Reich's newest book is "The Common Good" (2019). He's co-creator of the Netflix original documentary "Saving Capitalism," which is streaming now. This article was first featured in CommonDreams.org.)