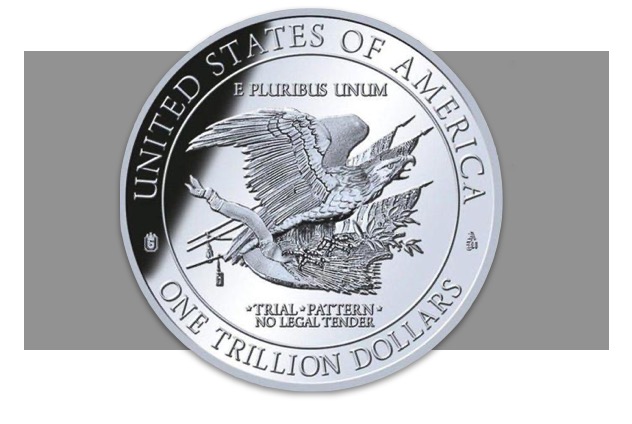 ACCORDING TO LIZ - The first real crisis of the divided government due to the Republican crazies leveraging control in the House is at hand.

Pursuant to the Constitution, Congress must authorize borrowing. The concept of the debt limit started early in the 20th century to avoid the Treasury having to beg permission every time it needed to incur debt to pay the country’s bills.

The U.S. debt limit now stands at $31.4 trillion and, if the United States was to default on paying off what it owes, it could tank financial markets around the world while individual Americans might see their personal wealth flushed down the toilet.

Mark Zandi, chief economist at Moody’s Analytics, says such a default “would be financial Armageddon” given the outsize impact American debt has on the global financial markets.

Investors around the world buy our country’s government securities as a safe way to store the money that is needed to grease the wheels of the world’s economies.

If they can no longer trust that these investments are secure, we could see a modern-day equivalent of the bank run that led to the 1929 stock market crash and precipitated the Great Depression.

First, there are ways to kick the crisis a little further down the road

Using special accounting tools known as “extraordinary measures,” the U.S. Treasury Department will be able to keep paying its bills at least until June and, if the IRS rakes in a goodly hall this tax season, possibly until the end of the summer.

To reach the June date, the Treasury is suspending new investments in the Civil Service Retirement and Disability Fund and the Postal Service Retiree Health Benefits Fund from Thursday until June 5, 2023.

Not that the crazies in Congress are looking to negotiate.

So we can’t wait until June hoping for a miracle. We need to push the Biden government to find other solutions. Already there have been suggestions – maybe not useful so far but they might spur more and better options.

Back in the last debt crisis, someone came up with the idea of bypassing the necessity to raise the United States’ borrowing limit by minting a trillion-dollar coin that the Treasury could deposit as collateral for government fiscal obligations.

While paper currency is subject to various nitpicky accounting and quantity restrictions, platinum coinage is not. Such coins can be minted at the Treasury’s discretion. In 2020, Congresswoman Rashida Tlaib brought back the concept in an effort to offer Americans monthly $2,000 pandemic stimulus payments, emulating Canada, instead of a single $1,200 check.

This time around some people are floating the idea of leveraging the Fourteenth Amendment which enlarges upon the rights granted under the First Amendment.

Section 1 sets out that “No State shall make or enforce any law which shall abridge the privileges or immunities of citizens of the United States; nor shall any State deprive any person of life, liberty, or property, without due process of law,” and Section 4 states that “The validity of the public debt of the United States, authorized by law, including debts incurred for payment of pensions and bounties for services in suppressing insurrection or rebellion, shall not be questioned”.

Which strongly implies that the House, in the bodies of those elected from the various states, cannot deprive Americans of any payments due them under current legislation nor can it refuse to pay the valid debts of the United States.

And there’s always corralling the cats over in Congress to force a discharge petition to push any bill to raise the debt limit out of committee and put it to a vote.

Sort of difficult to see considering it took 15 votes for the Republican “majority” to even elect their own speaker after days of wrangling. And that’s before the vote.

Furthermore, the Congressional Research Service takes a pretty dim view of its fulfillment: "Discharge is designed to be difficult to accomplish and has infrequently been used with success."

Which leaves the country facing the ultimate in the crazies’ wet dreams – prioritizing spending to keep it below the debt limit in a way that guts programs on which we all rely. In other words, forking billions over to the Pentagon and curtailing Social Security. Leaving lower taxes for the rich in place while allowing the evisceration of Medicaid and SNAP.

Not that they won’t try… when did these folks ever take no for an answer? But Treasury Secretary Janet Yellen has already put the kibosh on such a proposal, having determined that her department doesn’t have systems to implement such prioritization of payments. And no way to put any in place while dancing the tango to keep fiscal markets afloat.

Other maneuvers might include a mix-and-match approach of the following, some with potential, others pie-in-the-sky due to time and opposition politics:

We also need to cross our fingers that the folks at the helm of the country’s finances have the clear eyes and nerves of steel necessary to juggle the books and guide the ship of state between the Scylla and Charybdis of government accounting and payment demands to make payments as necessary without tipping us into disaster.

Another avenue to explore, although definitely not a quick fix, would be to alter the composition of the House. Perhaps not so much as to give the Democrats a majority, but to at least remove the leveraging power of the Marjorie Taylor Greenes.

Theoretically, it’s possible to remove a Representative for corruption or gross incompetence by pursuing ethics hearings under House rules or by finding cause to demand a recall election. But both are complicated and take more time than we now have, not to mention that the House Ethics Committee is now controlled by the Republicans.

While there have been no recent examples at the Federal level, here in California we have seen attempts to remove many of our elected officials under Article II of the state Constitution.

Since 1913, there have been 179 recall attempts, eleven collected enough signatures to qualify for the ballot, and in six cases the elected official was drummed out of office, most recently Governor Grey Davis and State Senator Josh Newman.

Another section provides for immediate removal in the event an elected official is convicted of designated crimes – with an emphasis on conviction.

Too bad it’s not national and based on being charged, or we would have long ago seen the fat backend of José Huizar.

Perhaps people should check other state constitutions to explore possibilities of dumping yahoos like of George Santos, Lauren Boebert, Matt Gaetz, Marjorie Taylor Greene and their ilk, who are clearly drunk on their power.

Actually, while there is no recall mechanism in the federal Constitution, that doesn’t mean it can’t be done. Or threatened.

Threats are great for throwing monkey wrenches into the gears of government. Governments run the country at the will of the people. And where there’s a will, there are ways...

We only have to find them.

Let’s take a look – George Santos is an obvious target and many in his District are calling for his removal; and the cascade of lies around him is already damaging the credibility of Elise Stefanik, the fourth-ranked Republican, who campaigned hard for Santos.

Other Trumpists currently seated in Congress should never have been re-elected under Section 3 of that Fourteenth Amendment: “No person shall be a Senator or Representative in Congress… who, having previously taken an oath, as a member of Congress… shall have engaged in insurrection or rebellion against the same, or given aid or comfort to the enemies thereof.”

Drumming a few of these traitors out of the House would also have the benefit of moderating the Republicans remaining and, presumably, would eviscerate McCarthy’s promises made to the radical right to gain his seat as Speaker.

Even if the impending fiscal danger is erroneous, our lives and economy depend on the continued confidence Americans and the world has in our current government.

So we have to act now.

Remember that even the perception that America may not be able to pay its debts is a threat to global market stability.