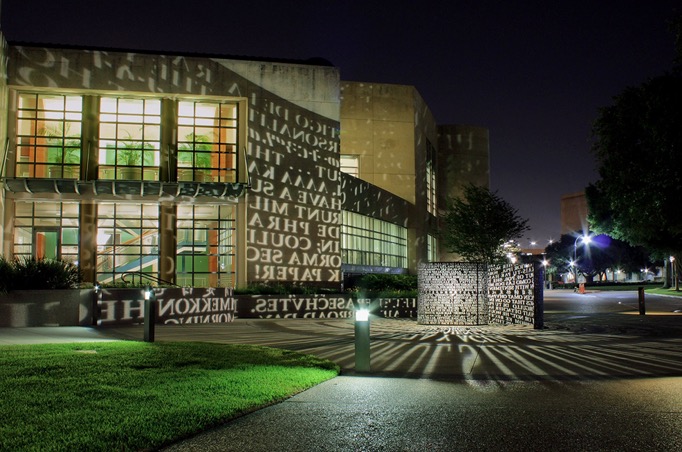 ESSAY - Feeling decisive one morning during my sophomore year of college, I picked my major: Russian. I had been studying the language and was excited for the opportunity to read literature, learn about another part of the world, and become bilingual. I updated my student profile on the university’s website and marched triumphantly to the cafeteria for lunch.

There, I ran into an acquaintance and told him the news. He looked at me quizzically, then scornfully. “You realize it’s not the Cold War anymore, right?” he said.

With Russia’s invasion of Ukraine almost a year ago and with divisions over democracy, authoritarianism, and control of resources resurfacing, many have warned of a “new” Cold War. But ironically, as Russia once again dominates headlines as a geopolitical foe of the United States, Russian language enrollments have hit historic lows.

Americans are responding to conflict by closing themselves off from an adversary, rather than trying to learn about it. But by “canceling” Russian, the U.S. isolates itself from a world that extends far beyond Moscow—a vast geography that isn’t Russia, but where Russian remains the lingua franca. Learning to speak Russian isn’t just about negotiating with one large country ruled by a stubborn dictator. It’s about understanding that swath of the world where Russian is a common first or second language, about getting to know the diverse life experiences, desires, and philosophies of people who once lived under a socialist empire, and about better understanding both other cultures and our own in the process.

Foreign language study in the U.S. as we know it grew out of the Cold War. After the Soviet Union launched Sputnik, the first artificial satellite, in 1957, leaders in Washington worried that the U.S. lagged in scientific advancement and that it lacked expertise about the rest of the world. To close the knowledge gap, Congress passed the National Defense Education Act in 1958.

Among other initiatives, the law created Title VI “Language Development” programs that provided grants for institutional study centers, and scholarships for individual students, recognizing that mastering a language requires resources beyond what traditional college courses can offer. Though the act’s wording prioritized national defense, in practice it has funneled resources to undergraduate and graduate students conducting all kinds of study, from literature to musicology.

Language study got a further boost after a 1979 presidential commission reported that foreign language education in U.S. schools was falling behind once again. In 1976, only 17% of 7th through 12th graders were studying a foreign language; Russian had suffered the most precipitous decline, dropping by 33% from 1968.

It makes sense—Russian’s alphabet is strange, its grammar intricate, and its vocabulary hard to memorize. The payoff is far slower than that of the Romance languages. In response, in 1983, Congress created another set of appropriations, known as Title VIII, to fund language training and research specifically in what is now the former Soviet Union.

But by “canceling” Russian, we isolate ourselves from a world that extends far beyond Moscow—a vast geography that isn’t Russia, but where Russian remains the lingua franca.

Since 2002, the annual Survey of Enrollments in Russian Language Classes—which was created by Congress and is now administered by the private School of Russian and Area Studies—has tracked Russian enrollments. In general, they have fluctuated along with university enrollments, peaking in 2011 and declining during the COVID-19 pandemic.

But in 2022, things took a turn. Enrollment numbers had never been so low and had never dropped by more than 20% in so many programs. The average university Russian program now counted 37 students. (In 2013, when I graduated, that number was 50.)

Russia’s invasion of Ukraine appears to be the key factor in this decline. “Many students have reportedly sought to distance themselves from anything Russia related,” wrote the authors of the survey’s 2022 report. Instead of approaching conflict by learning as much as possible about Russia, this time around Americans wanted nothing to do with it.

The problem is symptomatic of an increasing narrowness in the U.S.’s approach to the world, visible in declining support for the humanities, social sciences, and education at large, and in blinkered “America First” politics. And while the most immediate consequences of this solipsism will show up in diplomacy between Washington and Moscow, its impact extends far beyond those cities—and beyond politics.

My experience speaks to this. Since graduating from college, I’ve almost exclusively used my Russian outside the metropole, communicating with people educated under the Soviet Union who are not ethnically Russian. In 2014, I spent a year in Kyrgyzstan on a Fulbright fellowship, and honed my skills drinking tea late into the night with my roommate. When I moved to Mexico in 2019, one of the first people I befriended was from Belarus; we, too, communicated in Russian. Later that year, a friend who works as an attorney called on me to translate for pro-bono clients of hers—Kyrgyz, Uzbek, and Tajik families seeking asylum in Mexico.

Today, I maintain my Russian in weekly Skype sessions with a tutor in Kyiv. When Putin first invaded Ukraine, we “canceled” Russian in our own private way, switching to a beginner Ukrainian textbook. I welcomed the opportunity to diversify my knowledge of Slavic languages. I thought often of Russian poet Polina Barskova, who has said she considers translating from Ukrainian into English—and thus sharing Ukrainian culture with a broader audience—her anti-colonial duty. But it was draining repeating basic dialogues without having the time to commit to thorough study of a new language. The spark fell out of our weekly sessions; we missed being able to chat with each other and read literature. We switched back to Russian, but with a commitment to read books that were geographically marginal, feminist, anti-war.

In my solitary time, it’s those writers at the geographic and political fringes of the former Soviet Union that keep me attached to Russian. Though my college classes favored Pushkin, Tolstoy, and Dostoyevsky, the writers that I pore over slowly in bed in the morning, battling to remember verb prefixes, turning to my phone’s Google translate app for help, are those who capture life in the provinces—Andrei Platonov, Chingiz Aitmatov—and women: Nadezhda Mandelstam, Anna Akhmatova, Marina Tsvetaeva. Some, like Svetlana Alexievich and Oksana Vasyakina, occupy the center of the Venn diagram. They’re important to me because, more than any Anglophone writers I know, they speak to the way that humans nourish their spiritual and interpersonal needs under repressive political regimes—a question I find myself considering more frequently as the U.S. increasingly undermines the democratic processes it once invested so much in creating.

In Voices from Chernobyl, Alexievich’s polyphonic novel about the aftermath of the 1986 Chernobyl disaster, one character narrates (in Keith Gessen’s translation):

Picture us, with a three-liter bottle of moonshine…having these endless conversations. There were teachers and engineers among us, and then the full international brigade: Russians, Belarussians, Kazakhs, Ukrainians…I remember discussions about the fate of Russian culture, its pull toward the tragic…only on the basis of Russian culture could you begin to make sense of the catastrophe. Only Russian culture was prepared for it.

When Alexievich’s narrator refers to Russian culture, he’s referring to something far more expansive than Putin and his supporters. Those who are making sense of the catastrophe are working people from all corners of a crumbling empire, using a shared tongue to philosophize together. Those perspectives enrich the world and help us understand it. We lose access to them when we can’t understand their language.

(Caroline Tracey is an editor-at-large at Zócalo Public Square and a writer whose work focuses on the U.S. Southwest and Mexico. She holds a Ph.D. in geography from the University of California, Berkeley. This essay was first published in ZocaloPublicSquare.org.)