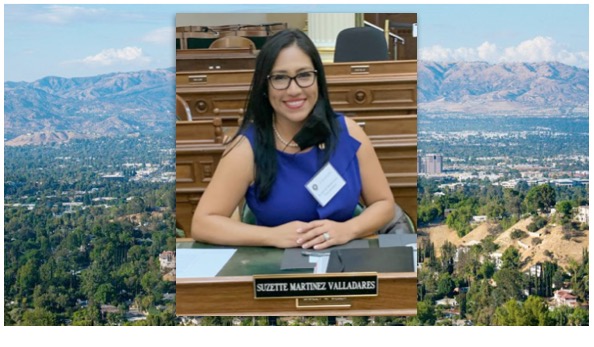 GUEST COMMENTARY - In a mid-term election year, where the fate of House of Representatives is in the balance, nearly all attention, energy, and resources are consumed upon congressional races.

Some voters may not even realize the down ballot races on their ticket, and in California this is even more true when forecasted election predictions are nearly locked in after the primary election races are certified.

However, with this being a mid-term redistricting year there could still be a few wild cards left in the deck before the final bets are called. An irony not lost on the fact that there two gaming propositions with seeming endless coffers of cash on the ballot as well.

Nevertheless, for the redistricting variable, that piece will play most considerably in the Assembly seat races; Those races getting even less attention as there will be no significant change to the legislative make-up. The same ruling party will still hold a supermajority. However, as with most good games, it’s not always the final score that makes the stakes interesting, but the side bets, and one such match-up to watch is in Assembly District 40.

While the newly drawn district moved deep into the San Fernando Valley, the residents of the Valley play by their own sets of rules. When looking purely at partisan voter demographics it might seem as though the game is already over. However, in a tremendously diverse district, the rich heritage and culture shape individual values in a way that would make it risky wager to overgeneralize and stereotype too much with broad brush sweeps.

That is why in the race for Assembly District 40 the Daily News, the LA City Firefighters, and the Street Metal, Air, Rail, and Transportation Local Union 105 have all endorsed Suzette Valladares to continue on in her current role as the Assemblymember and carry on her representation into this newly drawn district. Sacramento needs balance, it needs common sense voices of problem solvers that can collectively work to solve problems and not serve special interests.

The Sacramento legislature should be as diverse as California, yet sadly ideas in the Capitol seem to be more and more singular. Groupthink of party line votes seem to be the only game played in town and it is the people of California who lose time and time again when the exact same moves are made without any ability to adapt, run a new play, or call an audible to bring about new and better results.

For over 50 years the California legislature has essentially been under the same failed management and what have Californians received? – no sustainable water infrastructure or solutions, an abysmally failing power grid, failed forest perseveration resulting in uncontrollable fires, an educational system that performs within the bottom third of the country, half of the nation’s unsheltered population, and rising crime rates within the state’s largest counties.

Yet incredibly election after election little changes. However, there’s a new game afoot with the newly drawn districts, and maybe it’s time to see some new team leadership emerge. It certainly couldn’t hurt to give some more playing time to the team members who shown themselves capable of scoring and that means keeping Valladares on the field.