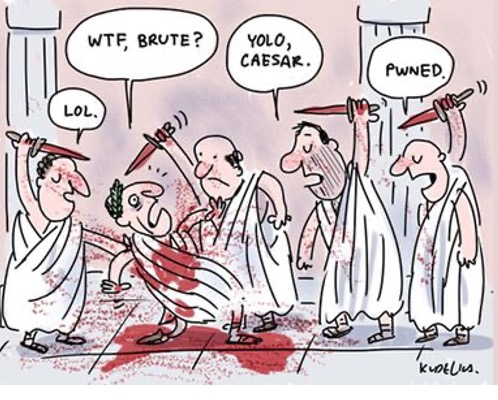 This coming November 8, 2022, election day, will be a type of settling up bets among various political factions.  Will Trumpist Election Deniers imperil the Republican chances to take over the House of Representatives? On the other hand, will Nancy Pelosi’s insistence of running for re-election as Speaker of the House tank the Democrats’ prospects to hang onto slim majority.  Will Justice Alito’s decision in Dobbs v. Jackson Women's Health Organization, No. 19-1392, 597 U.S. ___, bring out enough Dem voters to thwart the GOP march to victory?

Pelosi has a fairly consistent track record in reducing Democrat majorities in the House as well as bringing far right wing lose canons into power.  In November 2010, her Identity Politics along with Obama-Geithner’s regression economic policies brought the Tea Baggers into Congress.

“In the 2010 midterm elections, The New York Times identified 138 candidates for Congress with significant Tea Party support, and reported that all of them were running as Republicans. According to a calculation on an NBC blog, of the candidates that were backed by a Tea Party group, or identified themselves as a Tea Party member, 50% were elected to the Senate and 31% to the House.”   Wikipedia

In November 2020, when Biden won the Presidency, Pelosi’s leadership lost Democrats fourteen (14) House seats, leaving only 222-213 majority.  Thanks to Trump’s self-center blundering, the GOP lost both Georgia Senate seats so that the Senate was evening divided, making Vice-President Harris the deciding vote – but then there was the filibuster.  Nonetheless, after four years of Trumpism, the GOP should have faced political disaster rather than Congressional success.

A Few Words Make All the Difference

Political pundits and consultants make fortunes by needlessly complicating simple matters.  A few words by Hillary Clinton and Joe Biden may have decided their election results.

In November 2016, Hillary Clinton called White voters in the Rust Belt a “basket of Deplorables,” which was just the impetus they needed to get off their butts and vote for Trump.  Back in November 2016, it was not so obvious that Trump suffered from a serious mental disability, but it was clear he championed lower and middle class Whites who had suffered under the Opioid Crisis, foreclosures, bankruptcies, and their jobs shipped overseas while Obama-Geithner gave $15 Trillion dollars to the banks which had crashed the economy in 2008.  It was both hubris and political malpractice for Clinton not to count electoral colleges votes when deciding to double down on Pelosi’s Identity Politics by using the D-word.

In November 2020, Joe Biden won the election with a few words during his October 22, 2020 debate with Trump.  After Trump attacked Biden’s family, Biden calmly stated, “This isn’t about my family or his family. It’s about your family … if you’re a middle class family, your family is hurting badly.”  While Hillary had attacked millions of voters as Deplorables, Biden promised to be a Centrist.  Later in a post debate interview Biden, repeated his Centrist theme. “I just thought this election isn’t about my family or his. It’s about your family,” Biden answered. “It’s about the family of the American people.”  October 23, 2020, BPR Business and Politics, Joe Biden’s ‘Rehearsed’ Pivot from ‘My Family’ to ‘Your Family’ Falls Flat, Trump Rules the Moment, by Tom Tillison (The right wing media is as clueless as is the left wing media so they failed to recognized that those words had secured Biden’s election.)

Shall We Increase or Decrease Polarization?

Both parties are in the clutches of a small faction which believes that extremism in pursuit of virtue is a virtue.  85% of the voters reject polarization.  Centrists, however, lack the irrational passion to embrace and upon absurd memes.   In a polarized nation, the Trumpists’ best friends are Nancy Pelosi, her Identity Politics, and the Wokers with their promise to do in the Whites as soon as the minorities are the majority of the voters. (Pelosi’s attempt to implement the Grand Replacement Theory fails to realize that the minorities will not be the majority until the early 2040's and that minorities are not some unthinking monolith who will do the Wokers’ bidding.)

Alito Rides to the Dems’ Rescue

Just as Pelosi’s anti-White group rights fuels the violent far right and keeps Trumpists energized, Justice Samuel Alito’s Dobbs Decision changed November 2022 political landscape.  Now, Centrists see the extreme danger the Alt Right poses when it gains power.  The Supreme Court which was designed to be the least politicized branch of government has become the most political.   Tragically, the GOP fail to realize that Alito’s decision basically destroyed the concept of inalienable rights and made liberty dependent upon the whim of a passionate majority.  The GOP, which endlessly clamors about freedom including the right to have military styled guns, which are used for gunning down school children and audiences at country music festivals, fails to recognize that Alito made all rights subservient to the vote in individual states.  The only inalienable right which might be safe would be one stated with such particularity in the Constitution that there is no doubt about its exact limits. Which right is that? While 90% of voters fail to realize that Alito rejected the Republic in favor of a mobocracy, enough Centrists support reasonable access to abortion that abortion will be a significant factor in the November 2022 elections.  (Whether voters support abortion rights is not the basic issue; the horror of Dobbs is that no inalienable right is safe from voters.)

Pelosi has again made herself the news.  While no one should believe that she will not run again for Speaker of the House, her plans are more evident now that she has introduced her Identity Politics into foreign policy.  The last thing Joe Biden and the Dems needed was for Pelosi to run again in November 2022.  Pelosi’s Identity Politics Is Destroying America.  Oh yes, there is something worse that Pelosi could do: remind the public about the Biden’s family’s controversy in China, thereby making Trump and his China rantings relevant in November 2022.  There is a reason Pelosi is America’s most hated politico. Congressional Favorability Ratings - Rasmussen Reports