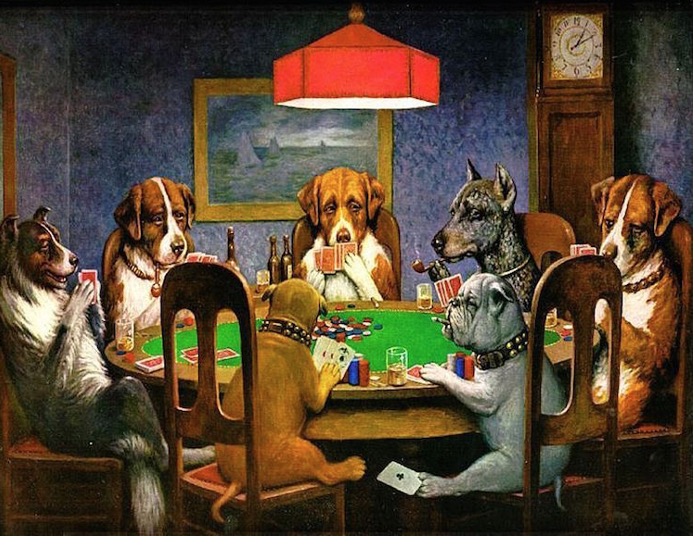 In the case of magicians and card sharks, the audience knows they are being tricked and try to spot the misdirection.  But in the case of land use in Los Angeles, most of the public does not realize they are being hoodwinked, so let me try to explain how City Hall distraction works.

The role of city planning departments in California is defined by the laws passed by the State legislature, as supplemented by the Governor’s Office of Research and Planning’s many guidance documents.  At the municipal level, LA’s year 2000 City Charter is often implemented by City Council-adopted ordinances compiled in the Los Angeles Municipal Code (LAMC).   Let’s take a deep dive into these statutes.

Each planning agency shall perform the following functions:

(a) Prepare, periodically review, and revise, as necessary, the general plan.

(b) Implement the general plan through actions including, but not limited to, the administration of specific plans and zoning and subdivision ordinances . . .

The California Governor’s Office of Planning and Research explains this law as follows:

California state law requires each city and county to adopt a general plan “for the physical development of the county or city, and any land outside its boundaries which in the planning agency’s judgment bears relation to its planning” (Gov. Code §65300). The general plan expresses the community’s development goals and embodies public policy relative to the distribution of future land uses, both public and private. The California Supreme Court has described general plans as the “charter to which [zoning] ordinance[s] must conform”, but the general plan extends far beyond zoning and land use.

According to Charter Section 553, the Department of City Planning is headed by a Director of Planning.  He or she is responsible, either directly or by delegation, to: “Prepare the proposed General Plan of the City and proposed amendments to the General Plan. “

“The General Plan shall serve as a guide for:

(1)   the physical development of the City;

(2)   the development, correlation, and coordination of official regulations, controls, programs, and services; and

3)    the coordination of planning and administration by all agencies of the City government, other governmental bodies, private organizations, and individuals involved in the development of the City.”

The Los Angeles Municipal Code similarly delineates the role of the Planning Department:

“The Department is charged with the responsibility of preparing, maintaining, and implementing a General Plan for the development of the City. The General Plan consists of the Framework Element, which provides overall guidance for the future of the City, various other citywide elements, including the state-mandated elements, such as the Transportation, Open Space, and Land Use among others. The Land Use Element is largely made up of the community plans that fall for a range of allowable land uses and intensities of uses, as well as other matters relating to the use of land unique to each of the City’s many communities. The Department periodically updates these plans as needed . . .”

Since State and municipal laws are clear that the primary role of planning departments is to prepare and maintain a city’s General Plan, why are LA’s General Plan elements so old?  For example, the City’s Infrastructure Element is 50 year old, slightly younger than the 53 year-old Public Facilities Element.  Why then does LA’s Planning Department assign most of its 300 employees to review and then grant a long list of waivers from the Plan Designations and Zones originally adopted through LA’s 35 Community Plans?  While most of these plans are already 20 years old, in 2017 the City Council directed the Planning Department to update the Community Plans on a six-year cycle.  So far, the Planning Department has ignored the City Council’s instructions.

The answer is distraction.  A look at the Planning Department’s website, its staff directory, its presentations to Neighborhood Councils, and the emails it sends to interested parties, especially Neighborhood Councils, explains why the public believes that the Planning Department’s primary role is to approve large real estate projects through their General Plan Amendments, zoning overlay districts (e.g. specific plans), zone changes, zone variances, and other discretionary land use actions. 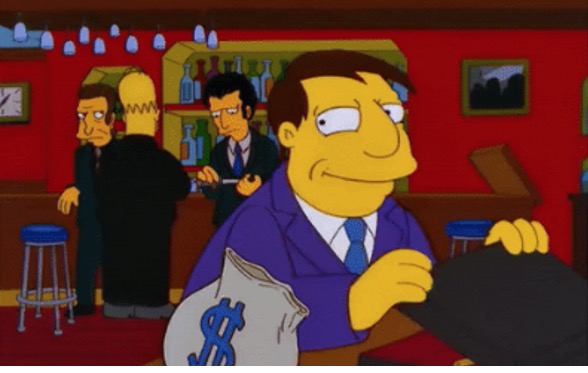 This distraction is extremely effective, allowing the main function of the Department of City Planning, updating and monitoring the General Plan, to be ignored.  In fact, in City Planning’s on-line City assignment list, it appears that no more than 10-15 percent of City Hall’s professionally-trained planners deal with updating LA’s plans.  This assignment list explains:

With most General Plan elements out-of-date, without active programs to update them, and without monitoring to guide their implementation, is it any wonder that Los Angeles is in such bad shape?  This is what happens when blind market forces substitute for the legally required planning process.  If you need an explanation why LA’s infrastructure is decaying; why two hundred thousand people left Los Angeles in the past few years; why homelessness, overcrowding, and rent gouging are growing; why traffic congestion is getting worse; and why the city is so unattractive, this is it.

Each parcel is up for grabs to maximize its exchange value, independent of the official planning process.  The zones and plan designations assigned to parcels through Community Plan updates have little bearing on the speculative real estate projects constructed on them.  In effect, LA is a giant Monopoly game based on the profitability of discretionary approvals, but oblivious to climate change, traffic impacts, natural resources, infrastructure capacity, and public services.

This is what the public sees, with little understanding of what goes on behind the scenes.  What they confront are giant real estate projects undermining their quality of life.  As a result, they see a few trees, but miss the forest.  Whether they are active in grass roots community groups or top-down Neighborhood Councils, they are told this is the substance of planning in Los Angeles.

(Dick Platkin is a former Los Angeles city planner who reports on local planning issues for CityWatchLA.  He serves on the boards of United Neighborhoods for Los Angeles (UN4LA) and the Greater Fairfax Residents Association.  Previous Planning Watch columns are available at the CityWatchLA archives.  Please send comments and corrections to rhplatkin@gmail.com)