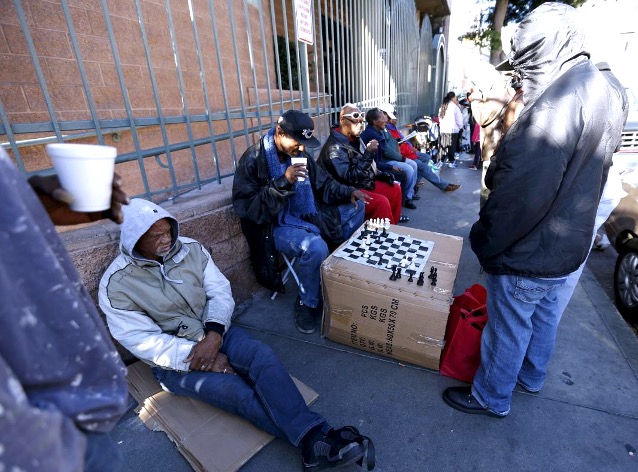 PLANNING WATCH - Even though Los Angeles has experienced an ongoing homeless crisis since the 1930s, it now appears to be worse since it is citywide, not just confined to downtown LA’s historic Skid Row area.

It has also become a global phenomenon, with third world conditions emerging in first world cities, like Los Angeles.

How the homeless crisis got so bad, and why it will get worse.  There are at least four major reasons why homelessness is increasing; at least until emerging political forces end it.  After all, nearly everyone who is homeless grew up in a house or apartment, and given the chance, they would again welcome a roof over their head.  Furthermore, there are countries, such as Finland , where homelessness does not exist – proof that the United States, too, could eliminate its worsening homeless crisis.  For this to happen, though, these root causes must be eliminated:

Without the financial resources of the Federal government, cities and states turned to neo-liberal economic theories to justify their reliance on private developers to build and operate low-cost housing.  For decades, public officials and real estate lobbyists have endlessly searched for a missing formula that transformed profitable private sector housing investments into low cost apartments for the growing portion of American society priced out of market rate housing.  During the Depression, this was the bottom quarter of the population.  Now, in overpriced cities like LA, over half of the population can no longer find an affordable (i.e., 30 percent of their income) place to live.

Do these trends mean that the housing crisis will only get worse, at least until the most likely climate forecasts make the planet unlivable?  No.  Humans have agency, and they have a long record of taking organized political action to successfully change public policies.  This history continuously repeats, and there are groups, like the Los Angeles Tenants Union, which are not waiting for new anti-camping ordinances to fade away or temporary housing to slowly appear.  They are taking direct action on housing issues, especially to block evictions.  They are a living example of political agency in Los Angeles and other cities that could end the homeless crisis. 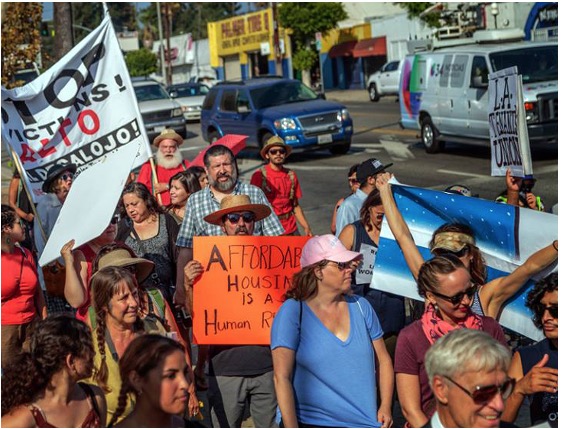 For those who think otherwise, I can share a secret.  There is no elusive formula that would allow private developers to build enough low-cost housing to end the housing crisis.  At worst, their primary trickle-down solution, expensive high rise apartments, makes the housing crisis worse, not better.  At best, market housing incentive programs only produce a tiny fraction of the needed low-priced housing.  That is why it is a fool’s errand to endlessly search for a new market housing program that will finally solve the housing crisis.  It doesn't exist, whether it is up-zoning, density bonuses, inclusionary zoning, or a similar scheme.

Instead, those who want to end the housing crisis must direct their attention to non-market housing programs, such as the public housing programs that existed in the U.S. from the 1930s through the 1970s.  They remain the only viable option that can finally end the current housing crisis instead of resorting to anti-camping ordinances and police sweeps when market-manipulation programs predictably fail.

(Dick Platkin is a former Los Angeles city planner who reports on local planning issues for CityWatchLA.  He serves on the boards of United Neighborhoods for Los Angeles (UN4LA) and the Greater Fairfax Residents Association.  Previous Planning Watch columns are available at the CityWatchLA archives.  Please send comments and corrections to rhplatkin@gmail.com.)