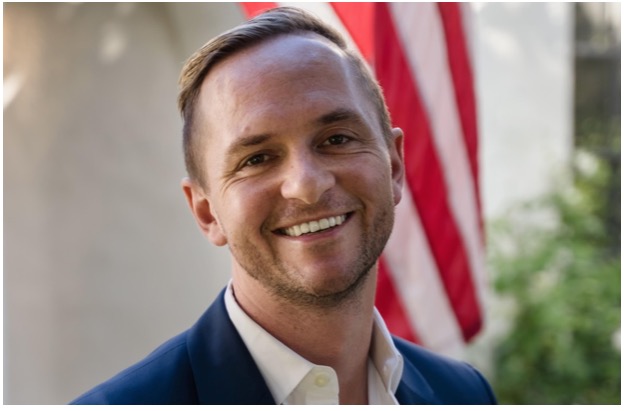 OP/ED - For years, Los Angeles “leaders” have debated crises in affordability, homelessness, crime, the pandemic, and more. And as with seemingly everything, they have accomplished nothing.

As city and county leaders have stalled for time, pledging the need to work together while never actually doing so, the people of Los Angeles have unnecessarily suffered. We must learn that the same old tired ideas from the same old tired officials making the same empty promises will do nothing. It’s time for a new way forward.

There is a solution that has been staring us in the face – and long ignored: a divorce. At the center of every crisis, there is one unavoidable fact: Los Angeles City is being underserved by Los Angeles County. That has to change.

Five members of the Los Angeles County Board of Supervisors individually each represent more people than 14 governors, yet they are collectively mismanaging this county into the ground—and the city suffers because of it.

No matter what problem Los Angeles City is having, know this: we would be better off on our own. It’s time for a divorce from Los Angeles County.

As a city with a population larger than 22 states, we should have our own infrastructure. Our own public health department. Our own homelessness response, including mental health services. Our own criminal prosecution against a disastrous District Attorney.

We should have our own federal funding, our own leadership, our own accountability. Our own school system, broken into seven smaller districts, all reporting to the mayor’s office.  Accountability for every dollar spent with transparency.

As mayor, the buck will stop with me, as it should. On its face, it might make sense for the city and county to cooperate, and to delegate functions—but they don’t. At some point, logic has to give way to reality, and the reality is that the deadbeat county is leaving the city to pick up the bill of its failures, and it’s time for us to go our separate ways.

With a divorce, the City of Los Angeles will no longer be the piggy bank for billions of dollars of waste and corruption mismanaged and misappropriated to pet projects by an out- of- touch Board of Supervisors who largely have little to no relationship to the people they serve.

While thousands die on the street, the county refused to show up to court to defend itself.

While billions of taxpayer dollars are wasted, they are fighting with the Sheriff over vaccine mandates. The county’s priority is not the people of this city; it is their own power and personal vendettas. We need no part of that. We need a divorce.

Imagine an extra $400 million alone in federal funds to fight homelessness – an amount that would solve our problem in just four years if spent effectively. Imagine a public health department that allowed the world to return to normal. Imagine an LAUSD that is broken up into 7 smaller districts, all under mayoral control, where we ensure every dollar spent serves students, not teachers’ unions.

With a divorce you will see accountability for every dollar spent, and a mayor who serves as a leader, not a puppet trying to bounce from one career to the next.

As Mayor I plan to be: a mayor of the people, by the people, for the people. A man who uses the bully pulpit of public opinion to fight for your fair share. And the only candidate who will take that fight to the County, all the way to divorce.

Will it be hard? Yes, of course. Will it be easy? No. But the job of the Mayor is not to take the easy way out.

The job of Mayor is s to fight the hard, complex fight to make the lives of residents better and more productive.

I’ve spent my life untangling problems at companies with budgets ten times the size of Los Angeles; it can be done. I am the person to do it, the only outsider with real plans proven to move us forward and end our crises.

It’s time the people of this city got their fair share of services and resources. It’s time the county stopped robbing the city, and instead, we put billions back into lowering taxes, fostering businesses, building better schools, protecting our people, and moving forward.

The county is dragging us down, it’s time to cut her loose. It’s time regain our independence and fight for our fair share. It is time for a divorce.

(Craig Greiwe is a Chief Strategy Officer for R&C, developed the grassroots movement, Rise Together, and is a candidate for Mayor of Los Angeles.)