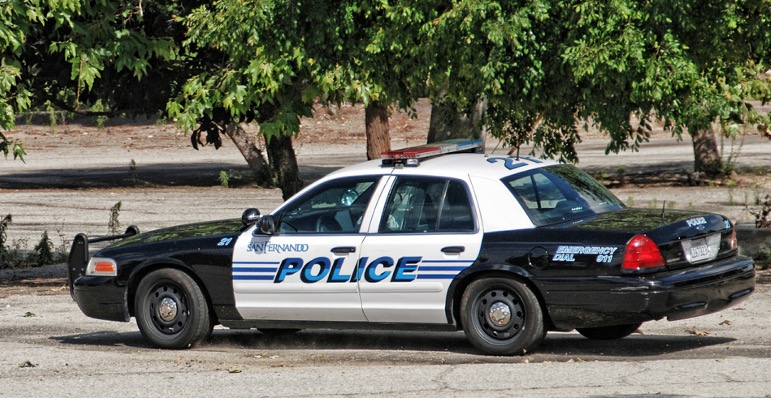 RantZ and RaveZ - The annual Baker to Las Vegas Law Enforcement relay race was held the first weekend in April.

Due to the popularity of the event, many law enforcement officers from various agencies across the country and internationally participate in the race that began in 1985 with 19 Relay Teams.  The race has grown to international levels with the 2022 race attracting over 4,000 runners and support personnel from Federal, State, County and Local Law Enforcement Agencies in addition to teams from Canada.

The shift began at 6:45 am with Roll Call and briefing.  Following Roll Call, my partner another Reserve Officer, and I obtained the B/W unit and hit the field.  We rolled on a number of radio calls and backed up units during the 12- hour shift.

One thing I noticed was the lack of respect displayed by many people we encountered.  Not during an arrest or traffic stop.  Just an encounter.  It was obvious to me that many people have a total lack of respect for police officers for what they do to “Protect and Serve” the members of the community.

One particular situation really caused me to try and understand why a person was so negative and displayed such distain for two police officers in a B/W unit on patrol in a residential neighborhood.

We were on patrol in the West Valley near Valley Circle.  A neighborhood where there were there have been property crimes including thefts from unlocked vehicles and catalytic converters stolen.

Traveling up a residential street, I noticed a car parked unattended on the wrong side of the street.  I stopped the B/W in front of the car and reached for the Parking Violation Book to issue a citation for parking on the wrong side of the street.  Just as I was about to write down the vehicle information, a man approached and stated that it was his car.  I informed him that if he moved the car I would not issue the citation.  The man in a hostile and aggressive tone told me to “Go Ahead and issue the “Mother F-----" Citation.  I informed him that all he had to do was park the car on the correct side of the street and he would not receive the citation.  The man then stated again to write the “Mother F------” Citation.  I looked at my partner and stated is it worth it.  We did what most officers now do when dealing with hostile people on the streets of Los Angeles.   We did a “Tactical De-escalation” technique which has become the new way to deal with hostile and argumentative people who have no respect for the law, their community or those dedicated member of law enforcement that risk their lives protecting and serving society.

The next time you see a police officer, stop and say Hello and Thank You.  Fewer people are choosing a career in law enforcement due to “Jack Asses” like the man that parked his car on the wrong side of the street and told me to issue him the “Mother F------ Citation.”

The numbers continue to fall month after month……

The LAPD Chief has cautioned L.A. residents to not wear expensive jewelry or show their wealth to avoid becoming the next Robbery victim.  Keep the Bling at home along with the Rolex.

The Los Angeles Times has continued to roll down hill….

According to the publication “WE HO Ville” Nika Soon-Shiong, the daughter of L.A. Times owner Patrick Soon-Shiong is a commissioner with the West Hollywood Public Safety Commission.  She is known to have influence on the Times editorial board which engages in L.A. Politics and does endorsements.  Nika Soon-Shiong has questioned the need for more police presence in West Hollywood, supporting more social services for the community.  She has also taken aim at Sheriff Villanueva .  I am sure we will be hearing more from and about Nika Soon-Shiong as time passes and the Progressives try and gain more control over our lives and how tax dollars are spent.

The election for the Mayor of Los Angeles and other offices is fast approaching.  The primary election is on June 7, 2022.  That is less than 40 days away.

While Mayoral candidate Rick Caruso is flooding our mailboxes with campaign materials along with and TV and Radio commercials, there are many other qualified candidates running for political offices.  I will be listing my endorsements in the next two RantZ and RaveZ’s…..Stay tuned…

(Dennis P.  Zine is the author of RantZ and RaveZ.  The column  is published twice a month to enlighten you on issues impacting Los Angeles and America.  Dennis is a 54-year active member of law enforcement and a retired elected public official.)