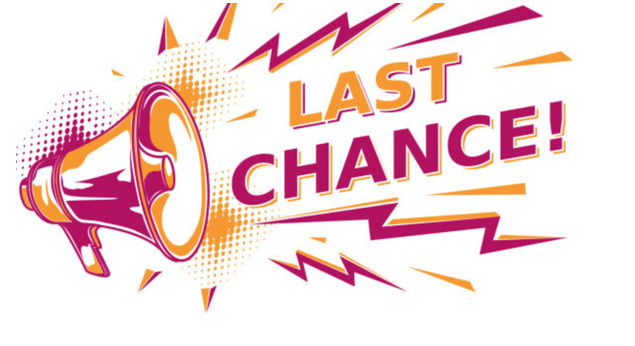 DEEGAN ON LA—A one and done election on June 7 will guarantee three councilmanic candidates a council seat.

They will not need to go through the long process of having to win a June primary and, if they are one of the top two vote-getters, then spend the next five months engaging with voters on the way to a November 7 general election.

This is because in districts 1, 7 and 9, there are only two candidates each—the incumbent and a challenger—making the election a winner-takes-all event. The winners can enjoy a summer vacation, assured of a City Hall job in December, while other council district candidates are slugging it out trying to get elected.

“It’s extremely undemocratic not have the top two go onto the general election in November. Even if there are only two candidates in the Primary; both should face voters in November. Historically there’s a much lower participation rate in the primary with an election that is not fully representative of the voting population”, says Candidate (in CD9) Dulce Vasquez.

With vote-by-mail ballots available to all voters in less than one month, the window for the three newcomers to make an impression on voters is very narrow.

While a quick race may be very good for the entrenched incumbents, it’s bad for the voters who have less time to get to know the newcomers. For the aspiring politicos, they will be under a magnifying glass while being battered by the seasoned politicos they are hoping to unseat. Nobody really wins in a truncated electoral process like this.

The lack of candidates in districts 1,7 and 9 leaves those constituents with a less than perfect process and sparks a question of why nobody else threw their hat into the ring or could become qualified for the races? Low voter turnout is often blamed on apathy. More people not caring enough to even attempt to run for office is more than apathetic: it’s pathetic.

Candidate Elisa Avalos (running in CD 7) says it clearly: “There is an apathy in our city and it is warranted. Los Angeles government is a mess and has proven to be untrustworthy. We need some common sense and common ground to bring people together. The public has been left out of the conversation for far too long.”

Here are the choices offered to voters in these three districts:

Gil Cedillo, Incumbent vs. Eunisses Hernandez, a Public Policy Advocate. Cedillo served in both the State Senate and State Assembly before coming to City Hall. He’s in his second term, trying for a third.

Hernandez, who has a track record of advocating for jail reforms including their abolishment, has been endorsed by both the Democratic Socialists of America-LA, and Ground Game-LA - the pair of progressive activists groups that backed Nithya Raman (CD4) in the last election cycle. The Hernandez campaign would not comment by press time if they expect a public endorsement from Raman.

Rodrigiez is a first term City Councilmember with a stack of labor, business and political endorsements. Says Avalos, “We are are a small group waging a grassroots campaign against a well

funded incumbent.” There’s no mistaking that her campaign is an underdog in this David and Goliath race. Spoiler alert: she has been called “the little engine that could”.

Curren Price, Jr. Incumbent, vs. Dulce Vasquez, Educator. Price, who has been in the State Assembly and the State Senate, is in his second term at City Hall, trying for a third term. Vasquez is a fighter who could be an impact player at City Hall.

Vasquez is fearlessly going right for the jugular, the very epicenter of a councilmember’s power, when she says that “I am very much in agreement with taking land use decisions and discretionary powers out of council offices.”

“That discretion is what has driven lots of the misconduct we know about at City Hall. It’s a perverse incentive system. The time that it takes to approve projects adds soft costs to projects. It’s how we wind up with $800,000 per unit units for the homeless and others in need of affordable housing.”

“Time is money. A developer applies for a permit that may not be approved for two years. During that time, the developer is paying a mortgage on property, paying coordinating staff etc. That sets rents higher… all that could be diminished.”

In their endorsement of Vasquez, Abundant Housing’s Executive Director Leonora Camner says that “voters are increasingly vocal about the need for systemic changes in housing. This includes removing councilmembers’ discretion from the land use equation, which is one of Ms. Vasquez's goals.”

“People want to see changes and results for housing affordability and availability. This is politically possible to achieve, but it's important to acknowledge that changing the status quo around housing faces very difficult barriers and challenges. More awareness and urgency are needed for it to happen.”

Vote By Mail ballots, that everyone this year will shortly be receiving, will be counted starting May 7. Primary election day is June 7.

This shortness introduces another opponent into the race: the calendar.