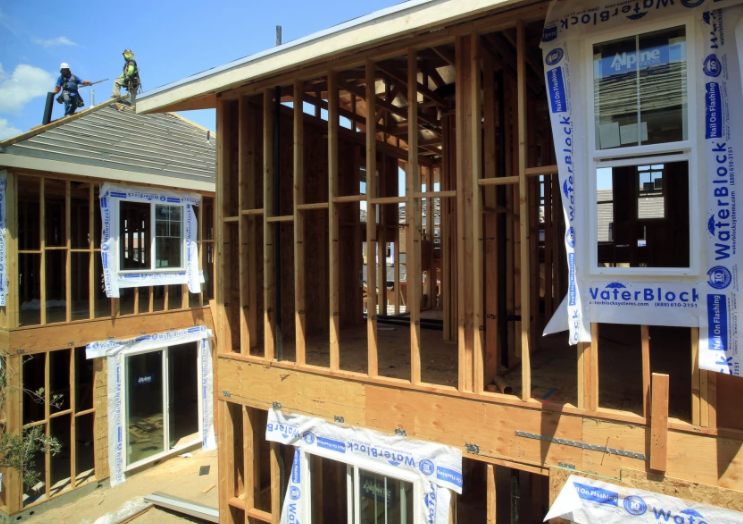 THE VIEW FROM HERE - Dunning-Kruger refers to the situation where people with limited knowledge of a particular subject tend to over-estimate their ability to understand the subject.

Thus, they are easily deceived.

Since people call it "The LAW of Supply and Demand," people are further misled to believe that it is immutable like ½ = 50%.  The Dunning Kruger Effect supports the saying that a little knowledge is a dangerous thing.  People who know little about housing prices often are clueless about how much they do not know.  When people know nothing about The Law of Supply and Demand beyond its title, they can be fooled about the various factors which influence prices.

When a willing seller and a willing buyer arrive at the same number, there is a meeting of the minds; "mutual assent" is the legal term. The important aspect is "willing."  Hidden within that word, “willing,” is the requirement that there can be no fraud because "fraud vitiates consent." "Vitiates" means to erase or to destroy.

When there is massive fraud in the housing market, one cannot determine the fair market value of housing.  The ways, in which men can deceive others, are almost without end. American Philatelic Soc. v. Claibourne, 3 Cal.2d 689, 699-700 (1935) While an exhaustive list of the frauds in the Los Angeles housing market is not possible, a few can be mentioned.

(2)  High end housing has been constructed to help oligarchs, narco-drug traffickers and various despots launder money.  These criminal buyers are not actually part of the home buying market.  They are not willing home buyers as they fall into an entirely different category.  In fact, they are not even real estate speculators. Home buyers and speculators want to buy for the lowest price while money launderers want to buy for the highest  price.

Who hasn’t heard about “All Cash Offers”?  “All cash” usually means money laundering. Who else carries around $2 M in a brief case? Also, all cash purchases mean the buyers leave no financial trail.

Each time a money launderer pays over market value, his purchase price becomes a "comp" (sales price of a comparable property).  If Demetri Oligovich pays $1.2 M for a place worth $1 M, the next seller, Bob, with a similar house will list his place for $1.3M. When Pablo Escobar's great grand nephew buys Bob's house for $1.5M, then Joe will put his house on the market for $1.6M.  See the pattern? Because money launderers want to pay more, they inflate housing prices.

The oligarchs are not willing buyers because willing buyers try to pay less, not more. The average Angeleno has no way of knowing that the price of housing is fraudulently inflated by money laundering.  Rather, the LA Times and other disreputable news publications actively misled Angelenos to believe that the escalating housing prices means there is a shortage of supply, and therefore, we need to construct more housing.  They fail to mention that the targeted buyers are often Russian oligarchs.

When one combines the impact of the destruction of poor people’s homes with the construction of high end units for money launderers, the visuals deceive the public.  Knowing nothing about the behind the scenes machinations and frauds, the average Angeleno thinks the combination of homelessness and rising housing prices has been caused by a failure to construct enough new housing.  That deception was behind Measures HHH and JJJ where the public was tricked into okaying $1.2 B in bonds for developers to construct high end luxury housing based on the falsehood that the money was to construct affordable housing.

Back in high school, most of us heard that cornering the market was not legal.  Cornering the market occurs when a few people buy up the supply in order to keep the commodity off the market, knowing that by limiting supply, they can drive up prices.  (Here’s how the Hunt Brothers tried to corner the silver market.)

It takes a huge amount of cash to corner the housing market and drive up housing prices.  Buyers who want to corner a market do not want to pay significantly over market value.  To do that would be financially self-defeating since every premature price increase means that the corporations have to pay more for future houses in order to have enough houses to keep off the market.  In addition, the more the mega corporate buyers buy, the higher they have to force up their eventual sale prices to make a financial killing from cornering the market.

They rent the homes, thereby killing two birds at a time. (1) Holding the houses off the sales market jacks up house prices by limiting supply, and (2) rents are keyed to prices of houses so that Blackstone et alia raise the rents as their cornering the market drives up prices.  Cornering the market and money-laundering are two factors which drive sales up prices and rents, while Family Millennials are leaving Los Angeles.

(4) The Fraud of Spot Zoning

The criminal enterprise, commonly called the LA City Council, artificially hypes housing prices by Spot Zoning.  Similar to money laundering, spot zoning can quickly inflate housing prices.  Developer A bribes Councilmember #13 to build an illegally oversized, super dense project.  Because of the illegal vote trading system at city council, a bribe to a single councilmember guarantees unanimous approval of the project. The developer will pay over market value to obtain the land, knowing he will be able to construct his monstrosity.  Whatever the developer pays for the land goes into the “comps” just as the money launderer’s over market purchase price hypes housing prices.

Spot Zoners and oligarchs tend to focus on different segments of the market, but both create artificially high property prices.  There is a difference. Spot Zoners still want to buy as low as possible and oligarchs want to pay as much as possible.  Thus, Spot Zoners concentrate on destroying the homes of poor people, while oligarchs focus on buying high end projects.  No one should be surprised that corrupt developers destroy poor people’s home in order to construct high-end, money laundering properties.

Now people can see why Los Angeles has so many vacant units and none of the mayoral candidates suggest that we allow the poor to live in the money laundering properties.  The city figures that as long as there are oligarchs, drug traffickers and other despots wanting to launder money, they’ll continue to fund housing construction on the pretext it is for the poor people.

Summary: People who know little about real estate scams are easily deceived into electing people who plan to make the situation worse.  The Los Angeles housing market is subject to a plethora of frauds which deceive Angelenos into believing that the demand for housing is increasing when in fact it is falling. Most Angelenos know so little about Supply and Demand, they cannot comprehend how prices can rise while demand falls.