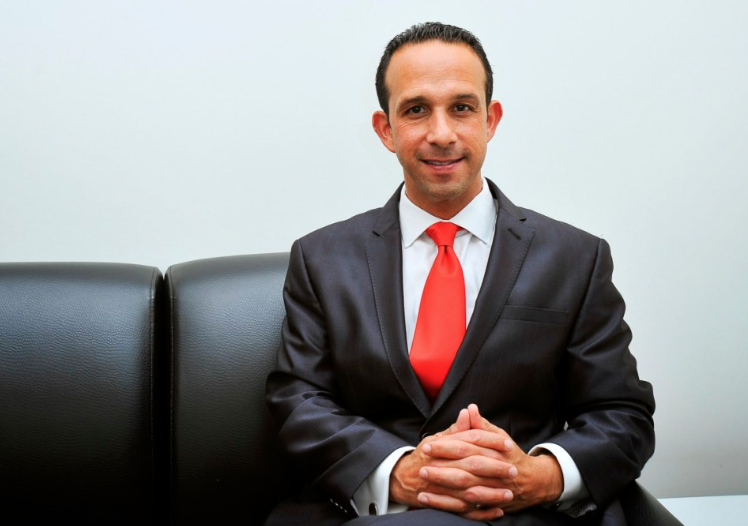 LA CORRUPTION - The Los Angeles Ethics Commission voted Wednesday to have the California Office of Administrative Hearings appoint an administrative law judge to serve as a hearing officer in the commission’s case against former Councilman Mitchell Englander.

The commission voted 4-1 on the matter. The other options being considered by the commission was to have a member of the Ethics Commission serve as the preliminary hearing officer and to have the entire commission hear the matter as a whole.

According to the commission, the option selected is the most frequently selected for Ethics Commission enforcement matters.

On Jan. 20, the commission announced it issued an accusation against Englander, saying his guilty plea in a City Hall corruption case demonstrated that he also violated Los Angeles government ethics laws by accepting gifts over the gift limit and not properly reporting them when he was a member of the City Council.

Englander — who represented Council District 12 in the San Fernando Valley from July 2011 until he resigned three years ago — was already sentenced to one year and two months for trying to obstruct an investigation into bribery allegations in City Hall politics.

He surrendered in June to begin serving his sentence at the U.S. Penitentiary in Tucson, Ariz., a high-security prison with an adjacent minimum- security satellite camp where Englander was presumably held with about 90 other inmates. He was transferred to a Long Beach halfway house in October.

Gary Winuk, Englander’s attorney, called into the commission meeting Wednesday to recommend that the commission have the California Office of Administrative Hearings appoint a judge to serve as the hearing officer, calling OAH “professional” and saying that in his experience representing clients on both sides during OAH hearings, he always “appreciated their professionalism.”

The Ethics Commission held a probable cause conference on Nov. 10, and a hearing officer determined that acts Englander admitted to in his guilty plea constitute violations of Los Angeles’ government ethics laws.

Englander was served a Ethics Commission accusation on Dec. 27, charging him with two counts of accepting excess gifts, one count of misusing a city position and two counts of failing to disclose gifts. The Ethics Commission will next select a hearing officer for an administrative hearing. After a hearing takes place, the Ethics Commission will determine whether the alleged violations occurred and if there will be a penalty. The commission is able to penalize Englander, if found guilty, with the greater of $5,000 per violation of three times the amount of money that was found to be improperly received or reported.

At Englander’s January 2021 sentencing hearing, U.S. District Judge John F. Walter said “greed and arrogance” appeared to be the motivation for lying to the FBI repeatedly on three separate occasions and that Englander had damaged “the public’s trust in government.”

The judge said the defendant apparently believed his position of trust would protect him from being caught, and if he was charged, “the consequences won’t be significant.”

In a statement to the court, Englander admitted he had “shattered” his own reputation and said he did not fully understand what drove him to give false information to federal investigators.

Englander, of Santa Monica, admitted to scheming to cover up $15,000 in cash payments, costly meals and other gifts offered to him by a businessman seeking to increase his business opportunities in the city. He pleaded guilty to scheming to falsify material facts, a federal charge carrying a penalty of up to five years in prison.

Among his other duties, Englander served as the council president pro tempore and was a member of the powerful Planning and Land Use Management Committee, which oversees many of the city’s biggest commercial and residential development projects.

Englander was a “powerful and wealthy Los Angeles city council member who swore an oath to serve the interests of his constituents,” prosecutors wrote. “He swore another oath as a reserve officer with the Los Angeles Police Department to uphold and protect the law. Instead, (he) illicitly cashed in on his status as a purported public servant in casino bathrooms and through VIP bottle service, luxury dinners, and behind hotel room doors.”

Prosecutors wrote in advance of Englander’s sentencing hearing that over “numerous incidents of escalating corruption and self-preservation, defendant sold out both oaths, cheaply and repeatedly. After resigning in the middle of his term after he was questioned in the instant investigation, defendant successfully parlayed his government service into a lucrative private practice position as a government consultant with a major entertainment company.”

Two months after a Las Vegas trip with Englander and others in 2017, the businessman began cooperating with the FBI in an investigation focused on suspected pay-to-play schemes involving Los Angeles public officials — including ex-Councilman Jose Huizar — and made secret recordings of Englander’s interactions with him, federal prosecutors said.

Huizar, the central figure in the six-year probe of City Hall, is charged separately in a 41-count racketeering indictment alleging he accepted $1.5 million in bribes from developers in exchange for his support of downtown building projects.