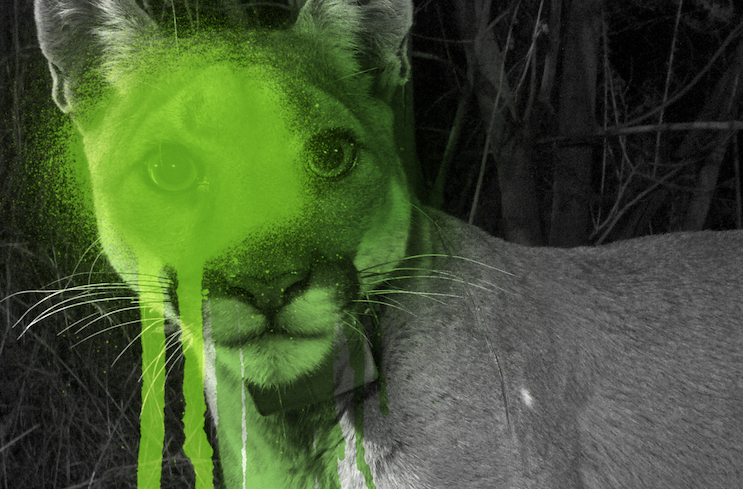 The overpass is a critical project that will expand the ranges of local wildlife by allowing them to safely cross the 101 freeway, enriching the genetic diversity of many species at risk, such as the Los Angeles mountain lions.

Boeing didn’t do it because they love nature. Instead, Boeing is trying to avert the public’s attention to the fact that they are responsible for approximately one billion dollars to clean up the Santa Susana Field Lab, located directly across from the exact same wildlife corridor overpass they donated to.

Chances are you’ve never heard of the Santa Susana Field Lab (formerly known as Rocketdyne), though it’s the location of one of America’s worst nuclear meltdowns. It’s also one of California’s most toxic sites. The Boeing Corporation currently owns most of the site’s 2,850 acres and they’re responsible for its cleanup, along with the Department of Energy and NASA.

While America tried to beat the Soviets in the “Race to Space,” the Santa Susana Field Lab was a rocket engine testing site. Over 30,000 rocket engine tests were conducted at the SSFL, contaminating the soil and groundwater with hundreds of thousands of gallons of Trichloroethylene (TCE), perchlorate, dioxins, PCBs, and dozens of other dangerous chemicals.

In the 1950s, the Santa Susana Field Lab teamed up with the Atomic Energy Commission and built ten experimental nuclear reactors there, including the infamous Sodium Reactor Experiment. Its meltdown may have released 459 times more radiation than the Three Mile Island accident. The lab was further contaminated by heavy metal experiments, radioactive fires, spills, accidents, and irresponsible waste disposal practices such as shooting barrels full of contamination in order to explode them, resulting in the deaths of two scientists. 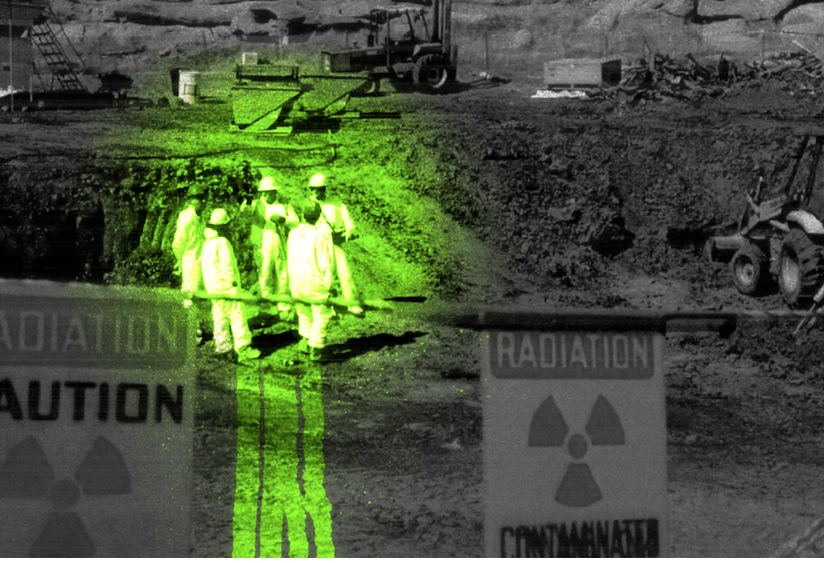 In a study of over 4,500 Santa Susana Field Lab employees, workers were found to have “the effect of radiation exposure six to eight times greater than extrapolated from the results of the A-bomb survivors study.” A federally funded study showed a 60% higher cancer incidence rate for residents living within two miles of the SSFL, compared to those living five miles away. The area also has a 10–20% higher invasive breast cancer rate than most of California. According to a study by Boeing, some areas of the Santa Susana Field Lab are so contaminated, that if people were to live there and eat the produce they grew there, 96 out of 100 people would get cancer in their lifetime.

CalEPA Secretary Jared Blumenfeld said of the site, "It was important work but it had a huge toxic legacy. The level of toxicity, the history there, and when you’re on-site it’s just depressing. I mean, everywhere you look there were flagrant violations of even what they knew back then."

In 2007 Boeing signed a cleanup agreement with the California Department of Toxic Substances Control agency (DTSC). The cleanup would comply with existing environmental laws and would remediate the site to match Ventura County’s “open space” zoning, which includes agricultural and rural residential land uses. It stated the cleanup would be completed by 2017 and that a permanent groundwater remedy would be in place by that time as well.

It’s now 2022 and no meaningful cleanup has begun, no permanent groundwater system is working. Boeing worked diligently to protect its stockholders and profit margin instead. Boeing has suggested that they plan to leave up to 90% of the SSFL site contaminated and they might walk away from all groundwater remediation.

Of course, this wouldn’t look good for their image. So in 2012, Boeing hired a PR company to help them “overcome negative perceptions using a countervailing narrative of environmental values, safety, and corporate responsibility.” No doubt Boeing’s 737 crashes that killed almost three hundred and fifty people made their “safety and corporate responsibility” line a little harder to swallow. Yet Boeing persisted in its greenwashing campaign.

The PR firm would also assist Boeing in, “shifting discussions from a site with a sordid past to one with potential,” by multiplying allies because, “third parties add credibility and authenticity and blunt greenwashing accusations.” It’s no coincidence that many of these third parties are deeply involved in wildlife corridor crossing.

Boeing has made stirring commercials about the Santa Susana Field Lab, where naturalists claim the toxic land is “the best classroom you could offer children [to learn about nature].” They’ve made glossy pocket guides to take hiking. You can use these on Earth Day, when Boeing gives hiking tours across the site. But first you must sign their waiver, releasing them from any health-related liabilities that you, or your offspring, might incur from your time in the contaminated hills.

But not all of those involved with the wildlife crossing are fans of Boeing or its greenwashing tactics.

"I’d rather they’d spend their money on cleaning up SSFL to protect people's health," Ventura County Supervisor Linda Parks said, in response to the issue. Supervisor Parks has been involved with the wildlife crossing since 2014. Parks is also a long-time advocate for the complete cleanup of the Santa Susana Field Lab. In a public workgroup meeting, Parks said, “We must clean up the [SSFL] site so that it is no longer polluted or toxic to people.”

That’s the one thing Boeing doesn’t want people to remember. The site is toxic.

Boeing’s contact with the media about their donation carefully omitted the fact that the Santa Susana Field Lab’s contamination is incredibly toxic to the same local wildlife they claim to be protecting.

Boeing is currently trying to relax their national stormwater pollution discharge permit (NPDES) so they can release even higher amounts of chemicals and heavy metals like lead, mercury, and selenium into the Los Angeles River and Calleguas Creek Watersheds. Obviously, the toxins would impact the wildlife in these areas, several of which are threatened or endangered.

Only 35 out of the Santa Susana Field Lab’s 310 historically documented chemicals of concern are being monitored by the Los Angeles Regional Water Quality Control Board. Seven of the unmonitored chemicals are on the National Recommended Water Quality Aquatic Life Criteria Table and can flow off the site in unlimited amounts. Two examples are;

None of the science seems to hinder Boeing’s greenwashing claims.

“Today’s investment [to the wildlife corridor overpass] demonstrates our ongoing commitment to preserving the unique wild heritage and biodiversity of the area, including the Santa Susana site,” said Ziad Ojakli, executive vice president for government operations at the Boeing Company.

But by refusing to completely remediate the contamination at the Santa Susana Field Lab, Boeing is exposing the local wildlife, as well as the residents who live nearby, to toxic and radioactive contamination. A greenwashing campaign won’t stop that.

Only Boeing’s complete remediation of the site will.

(Melissa Bumstead is an “accidental activist” for the complete cleanup of the SSFL after her then four-year-old daughter was diagnosed with a rare and aggressive form of Leukemia in 2014. She began the change.org/SantaSusana petition which now has over 750,000 signatures for the cleanup, co-leads the group Parents Against the SSFL, and is part of an award-winning documentary about the cleanup, In the Dark of the Valley.)