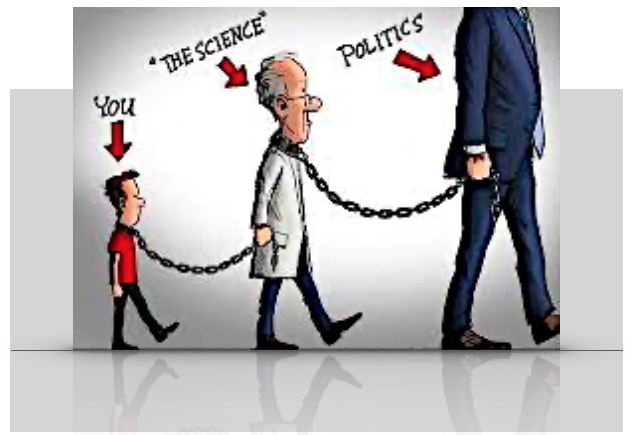 THE DOCTOR IS IN - There are three major timepoints and "eras" to date in our struggle and confrontation with COVID-19--before the vaccine, after the vaccine, and our current pandemic-to-endemic era with this terrible virus.

Yet the CDC is still proclaiming that we're "not there yet" with respect  to changing its "Chicken Little" recommendations, as stated in Reuters.

And like it or not, those American or other Western citizens (either liberal or conservative, or anywhere in-between) have absolutely HAD it with the pandemic taking away the livelihoods and voices of the individual just to consolidate power and money into the hands of an elite few.

Tragic "mask" and "live in fear" forever sentiment leading to the avoidable deaths (to those dying of all the reasons people die other than COVID) and mental illness (even suicides and life-altering neuroses and psychoses)? Also very, very real.

The Alpha/Beta to Delta to Omicron journey of the COVID-19 virus and the planet where it was unleashed (still by forces and factors and origins unknown) has led us to learn that vaccines don't usually protect others but do lead us all who are scientifically educated: vaccines protect the vaccinated, but do not protect the unvaccinated.

In other words, the virus exists equally in the nasopharynx of both vaccinated and unvaccinated individuals, as stated in The Lancet.

But if getting vaccinated was always a good idea for the general population (it WAS and still IS), what about those who took the plunge, or were foolish, but got "vaccinated the hard way" by catching COVID-19, and didn't get the near-death and/or Long COVID nightmares?

Well, it seems like the science also states that catching the Omicron variant DOES protect those from catching the more virulent versions of this ever-mutating COVID-19 virus, as stated in the New England Journal of Medicine.

And those who've had COVID-19 also don't need all three vaccine shots, as stated in the Washington Post because, well, as aforementioned, they got vaccinated the hard way.

So where do the children fit in--those children (and their older teenage/young adults brothers and sisters) who are asked to be "resilient" while having their lives destroyed as much as any child's or young adult's life was destroyed during World War Two?

Here's where they fit in--hate the anti-vaxxers and truckers and others who are presumed by many to eschew the science all we might want, the pro-mask-forever and pro-vaccine mandates for children are also eschewing the science...and they've thrashed children's lives FOREVER.

in other words, one can be entirely pro-vaccine and yet call "shenanigans" and "poppycock" and "NONSENSE!" to the K-12 vaccine mandate.

Kids, by and large, have NOT and will NOT get harmed by this virus as much as adults will...that's "Following the Science"...but for reals.

And the masking and lockdowns really never were, and still really aren't, proven to do as much as their promoters declared with "certainty" they would, as so many doctors and scientists risking being "canceled" and their careers destroyed keep declaring.

Which doesn't mean that doctors like me, who work in clinics with exposure to the elderly and immunocompromised shouldn't wear masks, because we should...

...but it does make us more and more concerned (even those of us who got vaccinated, and aren't anti-mask) want to declare "ENOUGH!" to those teachers and principals and politicians who don't give two cents about the children they are suppose to protect and advocate for.

And SUCH A COINCIDENCE that Governor Newsom, S.F Mayor Breed, and others are now running around without masks...with the sudden lifting of masking requirements to cover their sorry rear ends a few days later.

Nice job, Governor Newsom, surviving a recall by exploiting the virus while allowing crime and homeless to zoom out of control.

And nice job, President Biden getting elected while hiding in the basement, and letting the media do your campaigning for you, all the while declaring the Trump vaccines your own...and now letting inflation, fuel dependence upon Russia, and allowing China (of all nations!) to enjoy the status of having a Winter Olympics when, in fact, Russia and China deserve nothing but shame.

And stop exploiting the virus for one's own personal political and/or economic agendas and personal gain!