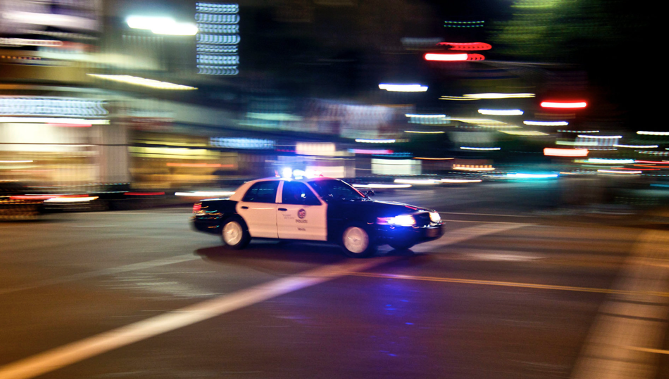 Los Angeles police records indicate that a Los Angeles Police Department task force in Hollywood designed to increase “foot beat and operational deployment” has arrested or cited Black people at a significantly higher rate than any other group. Documents reviewed by Knock LA show that, despite accounting for just under 9% of the makeup of the city of Los Angeles, 35% of citations and 46% of arrests by the Hollywood Entertainment Detail (HED) of Los Angeles in 2020 were of Black people.

Data provided to Knock LA shows that more than a quarter of the officers had either exclusively cited or arrested people of color. Several officers went through 2020 without being listed as the primary or secondary arresting officer for anyone other than people of color. 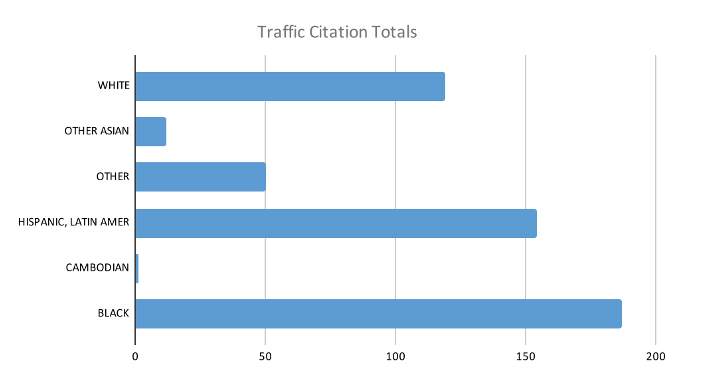 The Hollywood Entertainment Detail patrols the “Hollywood Entertainment District,” a tourist area which encompasses high-traffic areas. Because HED officers patrol an area with many visitors and sometimes leave it, Knock LA has elected to use the percentages of the city as a whole for analysis (though CD13 is 3.6% Black, 51.1% “Hispanic” and 25.6% white). The specialized unit was slated for downsizing in December 2020. Despite the department reportedly cutting the number of officers just before 2021 began, Captain Brent McGuyre of the LAPD Hollywood Station bragged on Twitter that the group had confiscated 250 guns in 2021.

Of 64 officers listed under those working for the task force in 2020, at least 18 were not recorded as the primary arresting officer on anyone but Black or Latinx people. Several of the 18 officers are also not listed as a secondary arresting officer for anyone but people of color. Knock LA also found one instance where an officer’s three arrests listed for the year were exclusively Black people. Traffic citations show a similar trend: more than a quarter of HED had given out citations exclusively to people listed as “Black,” “Latin Amer[ican],” “Other,” or “Other Asian.”

LAPD did not respond to multiple requests for comment. 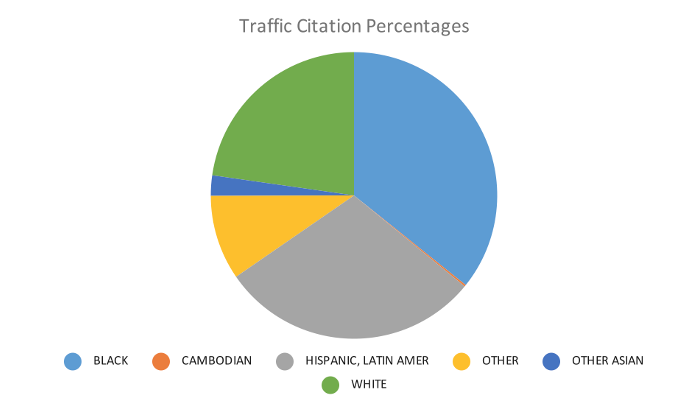 “When we look at data that is looking at the skin color differences in people that are arrested and incarcerated, there is also bias in the type of people that are being incarcerated, the types of sentences people are getting based off of their skin color,” says Nalya Rodriguez, a sociology doctoral candidate at the University of California Irvine and an abolitionist organizer. “Dark skin Chicanos are more likely to be arrested and incarcerated for longer periods of time than lighter skin Chicanos, and the same goes within the Black community as well. Darker skin Black people get harsher penalties during their sentencing, they are also more likely to be incarcerated, and also, they are more likely to be killed by police. … The other thing is like they try to identify people’s class status.” Sociological studies centered on the relationship between race and punishment in the criminal justice system support this statement by showing a relationship “between skin tone, Afrocentric appearance”, “higher odds of arrest,” and type of sentencing received. 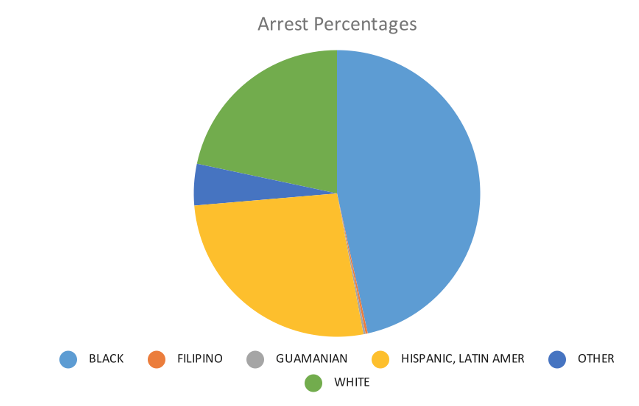 The Racial and Identity Profiling Act of 2015 is part of legislation meant to eliminate racial and identity profiling in the state of California. It requires a measurement of stops and seizures by law enforcement agencies, broken down by demographics. A Los Angeles Board of Police Commissioners presentation on February 1 featured a statement from LAPD Captain Steven Ramos that “two instances where the officers have great authority are during traffic enforcement and investigative stops.” While discussing data and demographic inconsistencies in stop data during the commissioners meeting, Chief Moore stated, “When we have an outlier proportionally, the vehicle stops aren’t representative of that — it doesn’t mean anything’s wrong. It’s just what’s influencing that. What the nature of the stops are, what’s the motivation for the stops?”

William Gude, a police accountability activist that has been documenting the Hollywood Entertainment Detail since 2020, posts videos of stops to his Twitter account. Gude describes many of the incidents as examples of biased policing by HED. After being shown the citation and arrest documents, he told Knock LA, “These numbers are very disturbing but not surprising. Hollywood Entertainment Detail officers disproportionately target people of color. This is especially true of individual officers that, from what I have seen, target people of color almost exclusively.” 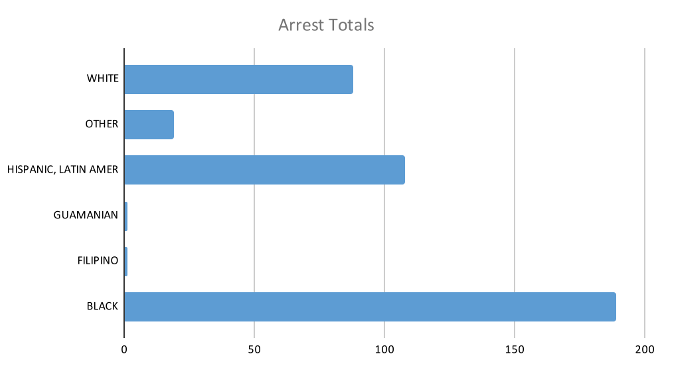 Gude also stated that he is concerned about the LAPD policy on pretextual stops. “As troubling as these numbers are, I don’t think they reflect how bad the biased policing is. These numbers … don’t reflect overall stop numbers including handcuffings and searches. I believe those numbers are even more disturbing.”

The Los Angeles Police Department commission debated new limits on pretextual stops this month despite objections during public comment from attorneys. In 2019, several Los Angeles Times stories revealed that LAPD stops were under-reported as well as that Black and Latino drivers were more likely to be searched during stops despite being less likely to have illegal items on their person or in the car.

Rodriguez says the pretextual stops and racial profiling tactics used by HED are examples of the violent discrimination implemented by the LAPD against Black and brown people. “We don’t need police, police do not keep us safe.”

(Sean Beckner Carmitchel and Dulcinea Arroyo are writers for KNOCK LA where this story was featured.)