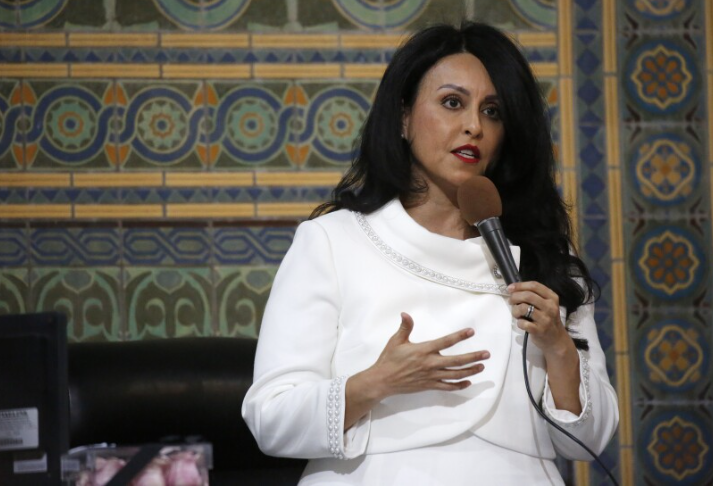 LA POLITICS - It’s no secret that Council President Nury Martinez wants to be Acting Mayor of Los Angeles as the U.S. Senate is likely to confirm Eric Garcetti as President Biden’s Ambassador to India any day now.

However, what has become crystal clear in the last few days is that Martinez is willing to do whatever it takes to maintain her role as Council President and become acting mayor by exploiting the current situation in the 10th Council District, giving her unprecedented power over the City’s affairs.

Martinez made this clear in comments she made Thursday to a community newspaper with South L.A. real estate and business interests. This was the first time she publicly stated her intent to move forward with her hand-picked appointment to “represent” the 10th Council District.

Do you see the problem here?

Martinez seems to be following the Donald Trump playbook which seeks to consolidate power by any means. The L.A. City Charter set up checks and balances between the Mayor and Council. The Council President usually serves as Acting Mayor when the Mayor is out of town or otherwise temporarily unavailable. In this circumstance, Martinez appears to be setting herself to be in charge until next December. This is dangerous terrain not just for our city but for democracy.

If she is successful in getting a motion approved by the Council to install her handpicked member to the 10th Council District seat, that person will be beholden to her and will no doubt help to solidify her reign as Council President AND Acting Mayor at a critical juncture in the political life of our City. As both Acting Mayor and Council President, Martinez will have enormous power to influence this year’s mayoral race by highlighting the presence, priorities, and campaign platform of her preferred candidate.

CD10 residents will not forget that this is the same “leader” who decided to exclude all input from actual 10th District voters when she blindsided her own Council with a single day’s notice, and waived requirements for a public hearing, before voting on her motion to suspend Councilmember Ridley-Thomas. The action effectively disenfranchised us just weeks before adoption of redistricting maps and muted one of the most experienced and supportive voices of neighborhood empowerment and civic engagement.

As further proof that Martinez has no real interest in listening to CD10’s indigenous Black stakeholders, it was also reported this week that she has refused to meet with a coalition of South Los Angeles pastors who represent over 50,000 congregants throughout L.A. to address the situation with the 10th Council District.

Martinez has also reportedly failed to reach out to the Council’s two other Black members who represent adjoining districts in South L.A. and share common interests with CD10. Why refuse to meet with them? What is she trying to hide? Where is the transparency?  What does this say about progressive multi-racial politics and Black-Brown solidarity?

South L.A. residents have a long and storied history of civic engagement and are increasingly aware of what is at stake here. But residents citywide should be alarmed by what’s occurring as it will have consequential implications on issues from public safety to homelessness.

It is critical hat the 13 other City Council members check this power grab and not support a Martinez-controlled appointment to the 10th Council District.

Transparency, accountable representation, self-determination, empowerment, checks and balances must be the order of the day. We must keep a watchful eye on Martinez to ensure that anti-democratic values don’t become the norm in L.A.’s politics.

(Bridget Gordon is a resident of Jefferson Park in Council District 10. )