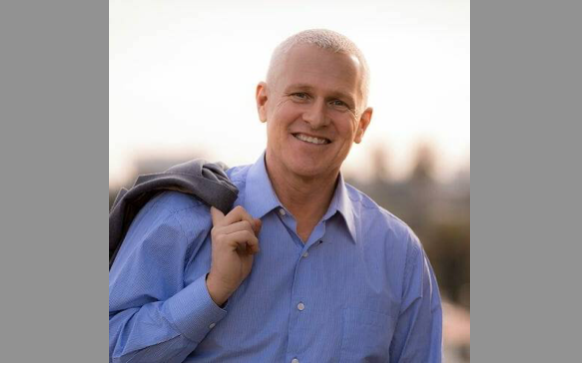 THE DOCTOR IS IN - Contrary to all the vitriol building up against Mike Bonin over the past several years (particularly after he was re-elected overwhelmingly 4-5 years ago), Mike Bonin was for most of his political career a champion and a friend to the Westside.

And Mike Bonin was one of my best friends in the political ranks of the Westside.

For those not aware of Councilmember Bonin's touching and eloquent YouTube video, Mike will not be running for re-election this year.

Mike was The Flash--fast to respond, fast to represent those unable to sufficiently represent themselves, and and fast to lead when others were scared to do so.

Mike was The Flash--he loved superheroes (as do I), and he loved The Flash most of all. As for me, I'm a Captain America/Thor kind of guy, but The Flash is pretty awesome--arguably, The Flash is my favorite DC superheroes.

Mike was The Flash--if you think that racing around for Westside transportation (including LAX modernization and connecting Metro Rail to LAX!), Westside planning (I assure you that Mike was more even-handed than other Councilmembers when it came to confronting overdevelopment), and promoting Silicon Beach for West L.A. economic development isn't "superhero work"...

...then think again. Mike WAS a superhero who embodied the vision of Bill Rosendahl but was infinitely more skilled at carrying out all that the Westside sought when a voter revolution resulted in Bill's startling election. And as Bill's mega-capable chief of staff, Mike Bonin stood up to carry Bill's mantle when Bill became sick with cancer.

Mike was elected overwhelmingly against several other challengers in that open election following Bill's retirement, and without the need for a runoff election. And then, for an encore Mike was re-elected overwhelming against two strong challengers because, like before, the Westside supported Mike in droves.

Accessible, able to compromise, and ever-so-moderate to all of his constituents (left-leaning, moderate, independent, and right-leaning alike)...that was Mike. He was a journalist/communicator of brilliant capability, and a political operative of equally brilliant capability.

And then Mike got re-elected for a second term...and everything changed.

Those community "shadow leaders" in the minority, and who misused and abused their influence to create an agenda on Road Diets, homeless policy, and crime control know who they are--and their divisive influence on the Westside Neighborhood Councils shattered what were once united, cohesive, and comprehensive neighborhoods.

Such a pity that Mike surrounded himself with them, and not in the majority who once presumed he would be their leader...as he was for so many years.

Councilmember Bonin followed the path of Mayor Eric Garcetti from being pro-grassroots to stepping on all the volunteers who created the Westside as a national beacon of grassroots empowerment.

These internecine practices did NOT occur did Councilmember Bonin's first term, and no one dreamed it would be so common in his second term.

I can relate--because, in the end, it will be our spouses, family, and especially children who will define and remember us as individuals. Mike's final achievement will be ensconced in the love and cherishing of his husband and son...just as my final achievement (and yours as well, Friend Reader), will be the definition of memory of yours truly as an individual to my wife and children.

So Mike Bonin is hardly "gone", and it's safe to presume we'll hear a great deal more from The Flash of the Westside. But it's not with anger and resentment, but regret and deep sadness that I watch the political superhero that was (and perhaps again shall be) Mike Bonin depart prematurely from the Los Angeles Council.

Good luck, Mike--I won't ever fail to remember how many wonderful things you did in your political and personal life.

And I am keeping fingers crossed that your future will be replete with nothing but joy and accomplishment to please both your current supporters and naysayers alike.