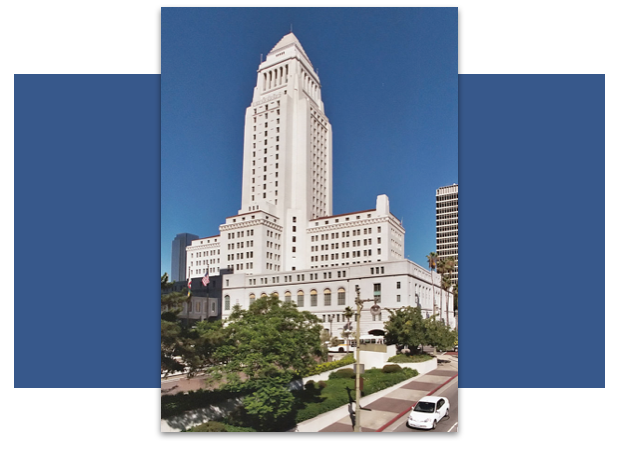 LA RACE - Across LA groups are getting together to interview candidates for local races.

Mayor, Controller, City Attorney, Councilmembers are all being subjected to scrutiny over the issues of homelessness and upticks in violent crime. Groups also realize that additional questions are called for as more and more corruption is being exposed by the FBI. After watching several of these interviews I realized that one question is bedrock. That question is:  Will the candidate follow the law, all laws? That also means the rules and regulations LA has instituted to guide them in managing the city. Will they look at an ordinance that says X, Y, and Z and do what it says, or will they look for a way out of enforcing it? Will they make the Planning Department be specific when it says a project is “in compliance” with a specific or community plan because simply saying so, does not make it so.  If those we elect follow the documents the Council approves, the City Attorney checks for form and legality and the mayor signs off, then the possibility of bags of money entering the picture is limited. That would also include the need to repay favors at some time in the future.

A perfect example of what I am describing is the Motion Picture Academy in the Miracle Mile. They have decided to rent the Museum to the National Football League for a Super Bowl party and part of that rental includes the complete closure of Fairfax Avenue between Wilshire Boulevard and 6th Street. They are fully aware that a condition of approval for the project and certification of the Environmental Impact Report (EIR) identified certain mitigation measures. One of those mitigation measures was to prohibit lane closures on Fairfax.  When we brought this fact to Councilmember Paul Koretz, he refused to approve the street closure. One can only imagine the frantic goings on that that caused but, in the end, we were told that the mayor -- on his way out the door to assume his ambassadorship in India --approved the street closure. The golden rule must after all be followed. Not the “do unto others as you would have them do unto you” golden rule but the updated version, “he who owns the gold makes the rules.”

This should have been a very simple deal. When approached by the NFL to rent the Motion Picture Academy to host the super bowl party the answer should have been sure but a hard no on closing Fairfax Avenue. There is a perfect drop off area for all the limos to leave the owners, players and invited guests. It’s in use every day for valet drop-offs to the museum and restaurant but I guess that isn’t good enough for the special people.

To recap, every member of the Council approved the Academy project, the City Attorney checked it for form and function, and the mayor signed off. That should have been the end.  But it never will be until we vote in officials who will steadfastly stick by what they and their former colleges approved. Which is to say, until they abide by the law.

There are plenty of ways for developers to get do-overs, but they require a public process and that takes time, but more importantly it exposes the double-dealing that has become the norm in Los Angeles. It’s so much easier when city officials, acting behind closed doors, interpret the rules by fiat, invariably in favor of the big-wigs and to the detriment of the rest of us.

So, that’s why none of us will be surprised when more indictments are handed down and arrests are made. It’s also why we’ve got to force the candidates for public office to make an open pledge to abide by specific laws, rules, and regulations, and not just mouth a general oath to “to support… the Charter of the City of Los Angeles….”  It’s up to us to pin candidates down before they’re in office and make them eat their own words before the FBI comes knocking at their doors.

(Jim O’Sullivan is a long-time community activist and former President of the Miracle Mile Residents Association. The views expressed here are those of Mr. O’Sullivan and do not necessarily reflect the views of CityWatch or CityWatch contributors.)