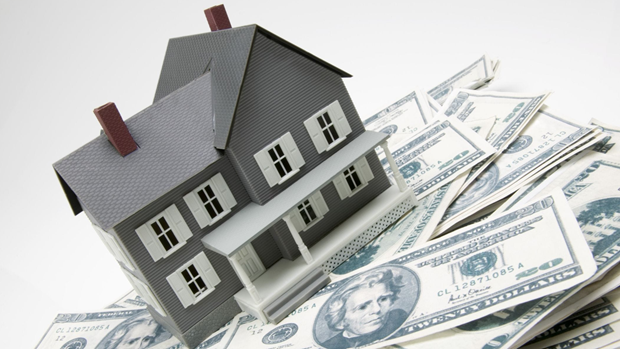 HOUSING POLITICS--"iBuyers" are gearing up to grow massively in the coming years, with unforeseen consequences for the U.S. housing market.

Zillow is doing a $450 million bond deal to get the money it needs. Opendoor went public via a Chamath Palihapitiya-backed SPAC deal to scale as quickly as it can. Even Rocket Homes is getting into the action. The race is on among tech firms to gobble up U.S. housing stock and dominate the increasingly competitive high-tech house-flipping market, otherwise known as the fast-growing “iBuyer” industry.

“There’s almost an arms race to get the most inventory possible,” said Daren Blomquist, vice president of market economics at Auction.com, who described the state of the iBuyer market as “almost frenzied.” “It’s less about making money off that inventory, at least initially, and more about who can get the most inventory the fastest.”

High-tech middlemen like Opendoor and Zillow Offers, Zillow’s home-buying platform, first inserted themselves into the housing scene a few years ago, armed with cheap money and hoping to profit off the bedrock of American middle-class wealth. iBuyers target mid-level homes that are in decent condition, offer to buy the house with cash, and make the selling and moving process quick and convenient. They then make a few repairs and quickly put it back on the market, ideally at a higher rate. In exchange, they charge the homeseller a fee that varies according to a variety of factors.

While small relative to the $36 trillion residential real estate market, the nascent industry is growing rapidly with unforeseeable consequences as firms compete to establish themselves as the predominant brand. An analysis published this week by Mike DelPrete, a scholar-in-residence at the University of Colorado Boulder who studies the iBuyer market, found that iBuyers have recently shifted “to a free-for-all, acquire at any cost strategy.” At present, both Opendoor and Zillow’s homes division are losing money in the process.

“Our financial goal is to drive rapid growth at scale with sustained improvement in our profitability,” Opendoor, the industry pioneer, wrote in its letter to shareholders this week. After going public last year, Opendoor has now expanded into more than 40 markets and purchased 8,500 homes in the second quarter, more than any other quarter by almost 50%. The company, which is reportedly searching out a new $2 billion revolving credit facility, also announced this week that it is now willing to purchase the majority of homes in every one of its current markets.

Zillow announced similarly ambitious plans during its recent earnings call. While it bought only 3,800 homes in the second quarter, Zillow is gearing up to scale massively through the rest of 2021, saying that it expects its Homes division to bring in around $1.4-1.5 billion in revenue next quarter, roughly double what the division made this quarter.

To finance the growth, Zillow is borrowing $450 million through a bond deal to be able to buy and sell more homes—the first such deal of its kind, according to Bloomberg. (The original deal was for $300 million, but due to investors’ interest in getting in on the U.S. housing bonanza, Zillow reportedly increased its size.)

“We’re at a moment of change,” said Greg Schwartz, a former Zillow executive who now runs Tomo, a fintech startup that tries to improve the homebuying experience. Schwartz said iBuyers don’t need to dominate the overall market to become big businesses, noting that 5 to 6 million U.S. homes are sold in a typical year. “If only 500,000 of them sell through iBuying, it’s a massive, massive opportunity,” said Schwartz.

Viet Shelton, a Zillow spokesperson, told Motherboard that the company is hopeful that with enough growth, “this business model can generate immense profits even if the profit per home isn’t eye-popping to the casual investor or analyst.” (Zillow’s gross profit per home sold was $33,849 in the second quarter, according to the company.) “Putting it to scale gets very, very interesting,” he added. “Buying and selling 5,000 homes a month? It gets interesting,”

The spokesperson added that the company has an additional “dream” that people will one day sell one home on Zillow and then buy another on the website too.

There’s an incentive to get going now. Due to the fast-climbing pace of the housing market, “iBuyers are reselling homes for more money than ever before,” according to DelPrete’s recent analysis, grabbing a median price appreciation of 8.1% on the resell, the most ever according to his estimates. Some markets are particularly hot. In May and June in Phoenix, iBuyers snagged a median appreciation of 11.5% on the resale–equating to $39,000–after holding the homes for even just a few days.

Zillow CFO Allen Parker said as much in the company’s most recent earnings call, noting that the company was selling homes for around 13% more than they had acquired them for recently—a percentage the company expects to go down with time. A July analysis of OpenDoor by the News & Observer found that the company had become the top purchaser of single-family homes in Wake County, North Carolina, and that it typically resold them for about $14,000 more than it paid.

But Opendoor and Zillow both take issue with the idea they are house-flippers, arguing their goal is to make it easier to move and to make money through the convenience fees, not by buying low, making extensive repairs, and then selling high. Opendoor’s fee typically comes in around 5 to 8%. Zillow says its fee hovers around 5% nationally and that its house repairs average around $10,000.

“For this to work we need to buy and sell as many homes as possible to generate the revenue and profit that we want,” the Zillow spokesperson said. “Then we get to use that capital to go buy the next set of homes.”

iBuyers say that in exchange for money they offer convenience, quickly offering a number to homeowners who, if they accept, can then pick their exact move-out date, avoid showing their home, and use the money to immediately go house hunting. (Zillow says its goal is become a “housing market maker.”)

That’s an enticing proposition in the eyes of Rick Palacios Jr., the director of research at John Burns Real Estate Consulting.

“One of the biggest pain points for a homeowner forever and even until today is that contingent buyer where they’ve got a home they need to sell before they can buy [their next home],” said Palacios Jr.

Schwartz, the former Zillow executive, said he could see the iBuyer market appealing to someone who had to move quickly for a job or be near a sick family member.

“There is a percentage of consumers who will pay a greater fee for convenience, and we see that in all the services in our life, whether it be food delivery or travel or the like,” Schwartz said. “The question is what percentage of the homes trade through a more expensive, luxury, predictable experience and what percentage of folks want to optimize to every last dollar.”

While it scales around the country, Zillow’s goal is to more or less break even on its Offers program—give or take a few percentage points—as it works to quickly scale nationwide. Later on, the company hopes to nab a return of 4 to 5% before interest, the spokesperson said.

The iBuyers need to convince homeowners they offer a good deal in order to convince them to sell their prized assets. But just how much homeowners are losing or gaining as a result of going with an iBuyer is a still matter of debate, one Zillow has included itself in. In December, Zillow released an analysis of 6,300 home sales in which the homeowner declined Zillow’s offer and went the traditional route instead. The company said that “these homeowners sell for an average of about 0.09% more than Zillow’s offer.”

Other studies of iBuyers more generally have produced more mixed results. A 2019 MarketWatch investigation found that iBuyers’ offers “would net their customers, on average, 11% less than owners who choose to sell their homes on the open market, when fees and other costs are considered.” A separate 2019 analysis found that the “the typical cost to a seller appears to be in the range of 13% to 15%.” And a 2020 study found “an average seller to iBuyers is willing to pay $9,000 to sell their house immediately.” The Federal Trade Commission appears to have its own suspicions, at least in one instance. In a February SEC filing, Opendoor disclosed that it planned to enter settlement negotiations with the agency, who believe some of “Opendoor’s advertising claims relating to the amount of its offers, the repair costs charged to home sellers, and the amount of net proceeds a seller may receive from selling to Opendoor versus selling in the traditional manner were inaccurate and/or inadequately substantiated.”

Still, it’s difficult to deduce at this early moment whether adding high-tech firms to the real-estate market will be a net positive or negative for the typical American family, said Roberto G. Quercia, a professor of city and regional planning at the University of North Carolina at Chapel Hill. Residential real estate remains the dominant form of wealth for such families, making up roughly 70% of median household net worth, so the answer could have potentially enormous ramifications for the country.

“For some families, it may be difficult to compete, when they are trying to buy a house, with a company like that,” Quercia said, referring to iBuyers. “So, if this was a widespread practice in some neighborhoods, it may create some concerns about a lot of the housing stock being owned by investors from outside of the community as opposed to households and residents.”

That would be welcome news for people like Alex Villacorta, the co-founder, and chief data officer of ResiShares, an investment management company focused on residential real estate. “If they can get enough inventory flow, they’ll end up being a marketplace for investors,” said Villacorta. “We would be more than happy to buy in bulk off of them.”

“We can take 100 here, 50 there, 25 there and build out a portfolio basically overnight,” Villacorta continued. “I can see a world where there’s a lot more institutional buying out there and if you're in that space, you’re probably working with Zillow.”

Palacios Jr., of John Burns Real Estate Consulting, said the iBuyers are in a good position to grow their market share as the digital-first generation starts to enter the housing market.

“These platforms are all teed up to cater to that audience,” Palacios said. “It’s where the world is going for housing.”

“The world is going to one click,” Barton said in February. “Why not real estate?”

(Maxwell Strachan, is a writer for Vice News.)