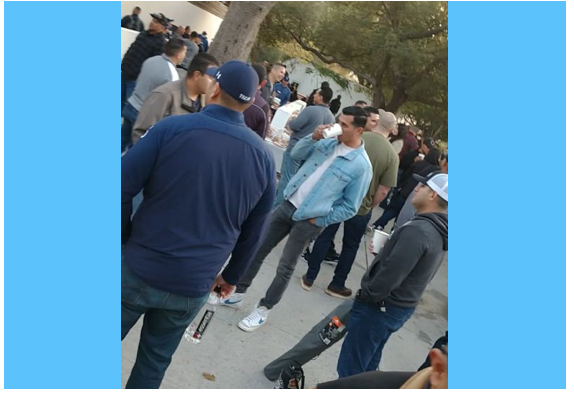 whenever in public or in the workplace during the time that they represent themselves as members of the Los Angeles Police Department.

Also noted in this article is that on numerous occasions after Moore' directives Los Angeles  police officers  were observed both inside their police divisions and also in the community not wearing their required face masks.

People who had viewed the Los Angeles Police Commission meeting via video made comments chastising police officers for not doing their part to prevent the spread of the covid virus.

Both the President of the Los Angeles City Council Nury Martinez and the current president of the LAPD Police Commission William Briggs  are demanding that all LAPD officers receive the vaccination or face termination of their employment.  There can only be exceptions for medical or on religious grounds.  Now we see so many police officers stating , “I found Religion!”

All of a sudden we are now seeing so many police officers claiming an exception based on their religious beliefs.

Chief Moore told LAPD officers that for those who have a second  off duty employment they must first show proof of vaccination or they would lose their right to continue to work their off duty jobs. WOW now we have seen an increase in the numbers of LAPD officers vaccinated.

This is what Moore needs to do and he should mandate this a new policy immediately. We have seen a major increase involving children  infected with the COVID virus.  Moore should mandate that all LAPD officers who are assigned to the various Community Relations units or who work directly with children and their family members  be vaccinated. Especially those officers assigned to the various city Housing Projects under the umbrella of the Community Safety Partnership Bureau. 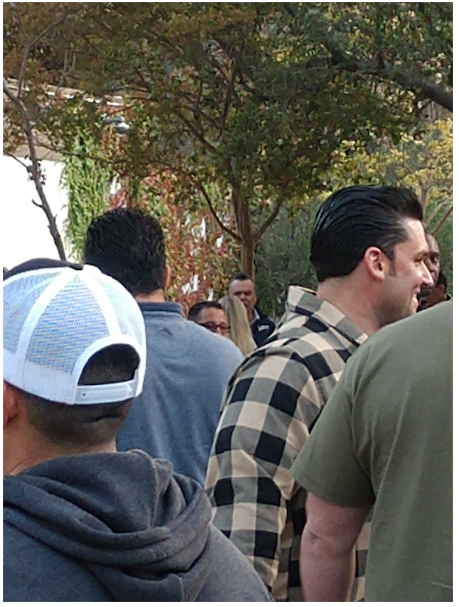 Why are so many police officers refusing to get the COVID vaccinations ?  After all as a child they all received the various mandated vaccinations.

On Wednesday September 29th  2021  the Commander of the LAPD Northeast Division Captain 111 Art Sandoval had a mandated training day (Wellness Day) at the Griffith Park Ranger Station area. This was an outdoor event.  This training was to have addressed issues surrounding Mental Health issues,  Alcohol abuse, Moral issues, Physical fitness and other personal topics . There was one guest speaker from the departments Behavioral Science Unit. There was also training on a new type of Taser.

Prior to the start of this mandated on duty training day LAPD Assistant Chief Beatrice Girmala wearing a facial mask gave an opening address to all those in attendance.

Also in attendance was LAPD Deputy Chief Alfred Labrada and the Commander of the LAPD Northeast Division Captain 111 Art Sandoval.

Now lets remember that this was a mandated on duty training day therefore everyone present was mandated to wear a facial mask. This is what  Chief  Moore stated to the Los Angeles Police Commission members.

During the formal part of this Wellness Training there was no mention of the COVID Virus or the fact that just days earlier yet another Los Angeles Police officer passed away due to the COVID virus and another police officer was in very serious condition also as a result of COVID. Both of these police officers were /are assigned to LAPD Harbor Division.

I asked many officers present at this training event why did they remove their facial masks and defy the Chief's mandate ? They responded you better follow the Captain's actions or be prepared to face the wrath and  consequences from Sandoval ” Sandoval will make your life pure HELL!”

There was no social or physical  distancing taking place at this training event. Several police officers stated to others present  “ Is this going to end up being  a Superspreader Event” ?

Captain 111 Art Sandoval addressed all those in attendance and made the statements  that Deputy Chief Alfred Labrada was the best Deputy Chief that he has ever worked under. Labrada was appointed to the rank of Deputy Chief in January , 2021.  Police officers present stated that Sandoval then stated to all those present that “he KISSES Labrada ASS “.

One police officer dared to question Sandoval's statements  and then Sandoval stated “ I only have two more months and then I am gone “.  “ I can say and do what I want.”  Sandoval is going to start to run his time off the books starting in November 2021 and then retire from the drop program at the end of January 2022.

What kind of an example did both Sandoval and Labrada present and  display to the Rank and File members of the Los Angeles Police Department Northeast Division  during this mandated Training Day?

The overall Moral within the Los Angeles Department is at a very low point for a number of reasons.

Chief Moore can help by a small degree to remedy the low moral situation at Northeast Division  by holding both Captain Sandoval and Deputy Chief Labrada accountable for their inappropriate behavior displayed and statements made at this past mandated training day.  Moore should place  Captain Sandoval on an administrative paid leave of absence pending investigation  and then allow him to start to run his time on the books in November 2021and just let him fade off into the sunset to his retirement .

As for Labrada he should be reassigned from his position  as the Deputy Chief for Central Bureau and reassigned in a position doing nothing more than busy work ie paper work.  He had already displayed to many that he should never have been promoted and appointed to the rank of Deputy Chief.

Remember how Labrada was to busy playing with his cell phone during the Community Town Hall meeting in South LA .surrounding the devastating explosion of the illegal fireworks.

We can only hope that Los Angeles Police Chief Moore will address and conduct an investigation as to why his command staff namely Sandoval and Labrada felt so comfortable to defy his mandated orders.