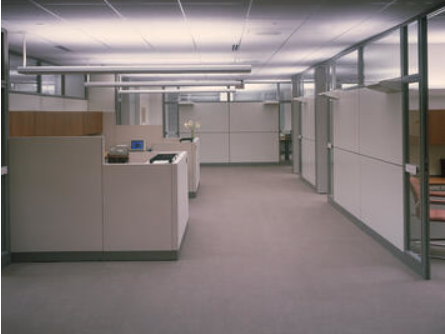 THE WORKPLACE - For months, corporate hegemons, real estate brokers and their media acolytes have insisted that a return to “normalcy,” that is, to the office, was imminent.

Some companies threatened to reduce the incomes of remote workers, and others warned darkly that those most reluctant to return to the five-day-a-week grind would find their own ambitions ground down to the dust. Workers have been reported to be “pining” to return to office routines.

Fears of returning to the office due to the Delta variant have delayed a mass return to gateway cities. Office vacancies grew in August. Since the pandemic began, tenants gave back around 200 million square feet, according to Marcus & Millichap data, and the current office vacancy rate stands at 16.2 percent, matching the peak of the financial crisis. Overall, it is widely expected that office rents will not recover for at least five years.

Things could get ugly as some $2 trillion in commercial real estate debt becomes due by 2025, particularly in large, transit dependent central business districts, reflecting in part reluctance among commuters to ride public conveyances. This is a world-wide phenomenon—occurring in New York, Hong Kong, Paris, London, and other financial centers—and accompanied by a marked decline in business travel, with conventions and meetings particularly devastated.

So where is the work getting done? Increasingly, in the suburbs and exurbs of the big metros, smaller metros, cities and even some rural areas, all of which offer lower urban densities, which usually means less overcrowding. In the first year of the pandemic, big cities, according to the firm American Communities and based on federal data, suffered the biggest job losses, nearly 10 percent, followed by their suburbs, while rural areas suffered 6 percent and exurbs less than 5 percent. The highest unemployment rates today are in coastal blue states, while the lowest tend to be in central and southern states.

The shift towards dispersed and remote work suggests the beginnings of a new geographical and corporate paradigm. Suburbs and exurbs accounted for more than 90 percent of all new job creation in the last decade, but with the rise of remote work, proximity to the physical workplace has lost more  of its advantages. University of Pennsylvania Professor Susan Wachter notes that telework eliminates the choice between long commutes and inordinate housing costs. The areas where remote work is growing most are generally small cities, as well as Sunbelt locales in Florida and South Carolina.

The dispersion of work is not a matter of low-wage workers heading to cheap places to do low-status jobs. In metros over one million such as Raleigh-Cary, Austin, Orlando, Salt Lake City, Nashville, Phoenix, Dallas-Fort Worth, and Charlotte, professional and business-services jobs are growing much faster than they are in San Francisco, Chicago, New York, or Los Angeles. The number of employees using the office started to drop as early as 2017 in San Francisco, the biggest winner in the tech economy.

The pandemic supercharged these trends. The disturbing rate of fatalities and hospitalizations in the Northeast, notably New York City, including Manhattan but particularly the poorest sections of the outer boroughs, chased many urbanites to the suburbs, exurbs, and beyond. Even as infections spread to other regions, it remained easier to endure the pandemic in a more spacious house, particularly if mass transit is not necessary.

Demographer Wendell Cox shows that, despite the considerable spread to less crowded areas over the past year, areas with the highest urban densities, in spite of their lockdowns, have experienced two times or more overall adjusted Covid fatalities, after more than one year of draconian social distancing regulations that eliminated much of downtown employment and cut mass transit use by up to 90 percent. Car-dominated places, where people can more easily afford space, have lower infection and fatality rates; if other pandemics follow, as many suspect, memories of the recent hegira will remain.

The longer the pandemic lasts and new variants appear, the greater will be what new research from Jose Maria Barrero, Nicholas Bloom, and Steven J. Davis refers to as  “residual fear of proximity.” The team suggests that when the pandemic fades, roughly 20 percent or more of all work will be done from home, almost four times the already growing rate before the pandemic. A study from the University of Chicago suggests this could grow to as much as one-third of the workforce and as high as 50 percent in Silicon Valley. Roughly 40 percent of all California jobs, including 70 percent of higher paying work, could be done at home, according to research by the Center of Jobs and the Economy.

Read the rest of this piece at American Mind.

(Joel Kotkin is the Roger Hobbs Presidential Fellow in Urban Studies at Chapman University in Orange, California and Executive Director of the Houston-based Urban Reform Institute — formerly Center for Opportunity Urbanism (urbanreforminstitute.org).  He is Executive Editor of the widely read website Newgeography.com and writes the weekly “New Geographer” column for Forbes.com.  He is also a regular contributor to the Daily Beast.  Learn more at joelkotkin.com and follow him on Twitter @joelkotkin.)